What Are The Key Airports Of Central Asia? 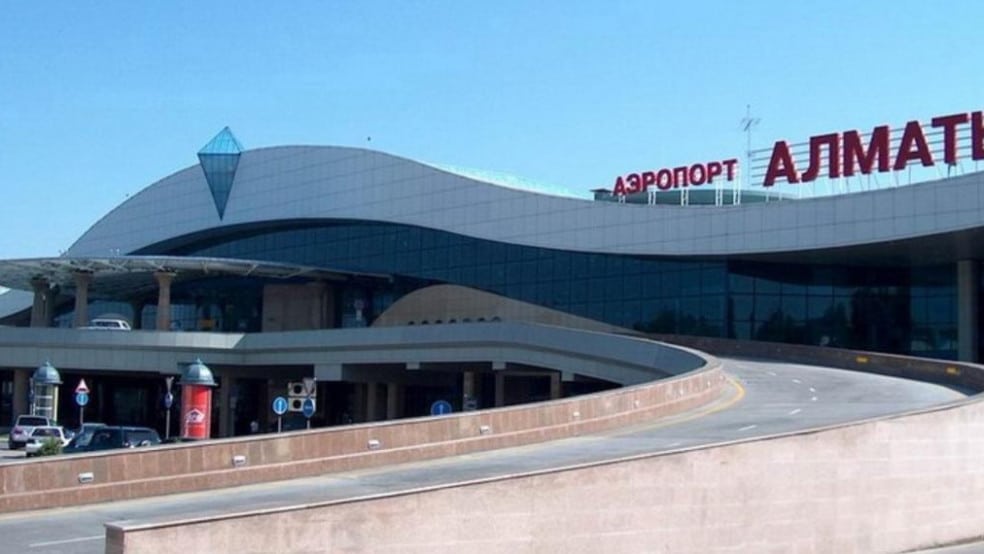 Many in the aviation sector coin Central Asia as the wild west corner of the industry. Stretching from the edge of Europe to the beginning of the far east, Central Asia is considered an aviation hot spot due to its vast landscape, multiple countries, and for containing the flying silk road between the West and East. So the question is what are the main airports of this diverse region, and which will shape the future of the region?

Where is Central Asia?

Central Asia is comprised of several countries located in-between East Asia and Europe, below Russia, and to the north of the Indian sub-continent. While populous with 72 million residents, it is dwarfed by the countries surrounding it such as India and China and has fallen under the sphere of influence of the international powers that ring this region. It contains the countries of  Kazakhstan, Kyrgyzstan, Tajikistan, Turkmenistan, and Uzbekistan – all of which were previously occupied by the USSR during the Cold War but have maintained their independence for the last two decades.

Thanks to the size of these countries, airlines have been able to thrive and form the backbone of international travel in the region. They operate between major cities, although international borders have prevented any sizeable player from rising to be the market leader. Likewise, with multiple international airports, not one has yet become the region’s de facto hub (arguably like New York for North America, Dubai for the Middle East, or Singapore for Southeast Asia).

The following airports are ranked by passenger traffic in 2019, before the Coronavirus crisis.

The most popular airport in Central Asia is Kazahkstan's Almaty airport with 6,422,721 passengers in 2019. Located in the south of the country, it has two vast runways over 4,000 meters long and can accommodate nearly any aircraft (with only runways in military bases elsewhere in the country able to land more experimental aircraft). It is the hub airport of Air Astana, FlyArystan, and Qazaq Air. Fellow airline SCAT also operates to the airport but chooses to have its hub elsewhere.

This airport was recently sold as part of a privatization effort by the government, to TAV Airports. The firm plans to invest USD150 million to USD200 million into constructing a new terminal and to upgrade the capacity.

In a more in-depth article, we discussed how this airport and its sister airport of Nursultan Airport in Astana (below) make up a domestic pair with 10.2 million passengers (in 2019). As such, both airports see regular traffic between the two destinations with the majority of traffic traveling on short-haul aircraft. While Almaty is the bigger of the two (with over 50% of the traffic and a majority of the cargo operations), it shouldn't be considered the end-all.

In second place is another airport found in Kazahkstan, Nursultan Airport with 5,099,391 passengers in 2019. As mentioned above, it is the destination of many of the flights from Almaty and located to the north in the capital city of Nur-Sultan. It has a single runway of 3,500 meters and a newer international terminal that was built in 2005 with a VIP terminal that followed in 2015. This airport is also up for sale by the government, however, as of March 2021, it has yet to be sold.

Uzbekistan has the third busiest airport in the region, with the local authority noting 4,430,000 passengers in 2019. This airport is a bandaid solution to the aviation congestion in the country, with the government planning to move the airport to a bigger expanded facility by 2030 – although this plan, announced in 2012, has yet to gain any solid momentum. It has two terminals split by two large 3900-meter runways, meaning that passengers who wish to fly domestically need to exit the airport to transfer. The airport is well connected and has routes across East Europe and Asia, to Moscow, Seoul, and Dubai.

However, the site needs some tender love and care from the government (or a private venture) to expand beyond its two million passenger capacity (which, as you can see from the 2019 numbers is well beyond that point). Other airports in the country could fill that role, but currently, the local authority seems to favor this capital airport. It is the hub airport for Uzbekistan Airways, which you can read all about in our comprehensive article here.

With over 2,500,000 passengers in 2019, this airport in Turkmenistan finds itself in the middle of the list with plenty of traffic and no domestic competition. It has a new terminal (completed in 2016 and the shape of a falcon) and a lengthened second runway, bringing both up to 3,800 meters. This airport is well taken care of by the government, operating 24-hours a day, and has all the modern comforts that you might expect from sites in Western Europe or North America. The local airline, Turkmenistan Airlines operates services from here across Asia (as far as Thailand, which is impressive) and into Eastern Europe.

However, services are rather sparse and the site could do with some more external attention. Thus far, only six airlines fly to Turkmenistan (five if you don't include the home airline), leaving plenty of room for improvement.

Kyrgyzstan's Manas International airport is the major airport of the named country and is strongly considered to be a future powerhouse of the region. In 2019, it received 2,167,759 passengers and placing at the top of the country. It has a single runway 4,200 meters long for any sized commercial aircraft. However, its claim to fame isn't commercial planes but rather military activity. In 2001, the site was selected as the main launch base for the US invasion of Afghanistan (part of Operation Enduring Freedom), seeing sizeable infrastructure improvements. A decade later the site was handed back to the local government with all improvements intact, and a large purse to continue upkeep.

Like in neighboring Kazahkstan, this airport's main source of traffic is Osh Airport.

With 1,499,561 passengers, this airport is next on the list and is the counter-part to Kyrgyzstan's Manas airport. While not much more than a regional city airport, it serves an important geographical location and thus has plenty of international routes across Central Asia. It expanded its terminal building in 2017 in a bid to process more travelers, and had the 2020 crisis not occurred, would be stronger considered to move up the ranks in 2021.

Closing off our list is Dushanbe International Airport of with 1,422,204 passengers in 2019. Located in Dushanbe, Tajikistan, it is the defacto hub airport of the country and rivaling others to be the hub airport of the region. It has a new terminal built in partnership with France and is remarkably well connected throughout the region (thanks to being the home hub of two airlines, Somon Air and Tajik Air).

A Cosmopolitan Mix Of Airports

Central Asia offers a surprisingly cosmopolitan mix of airports, all trying to be the next big regional hub. However, a clear picture emerges that some have a brighter future than others thanks to government (or private) investment. Countries like Kazahkstan and Turkmenistan are preparing for the future by investing in their main hubs and may dramatically top this list when traffic returns.