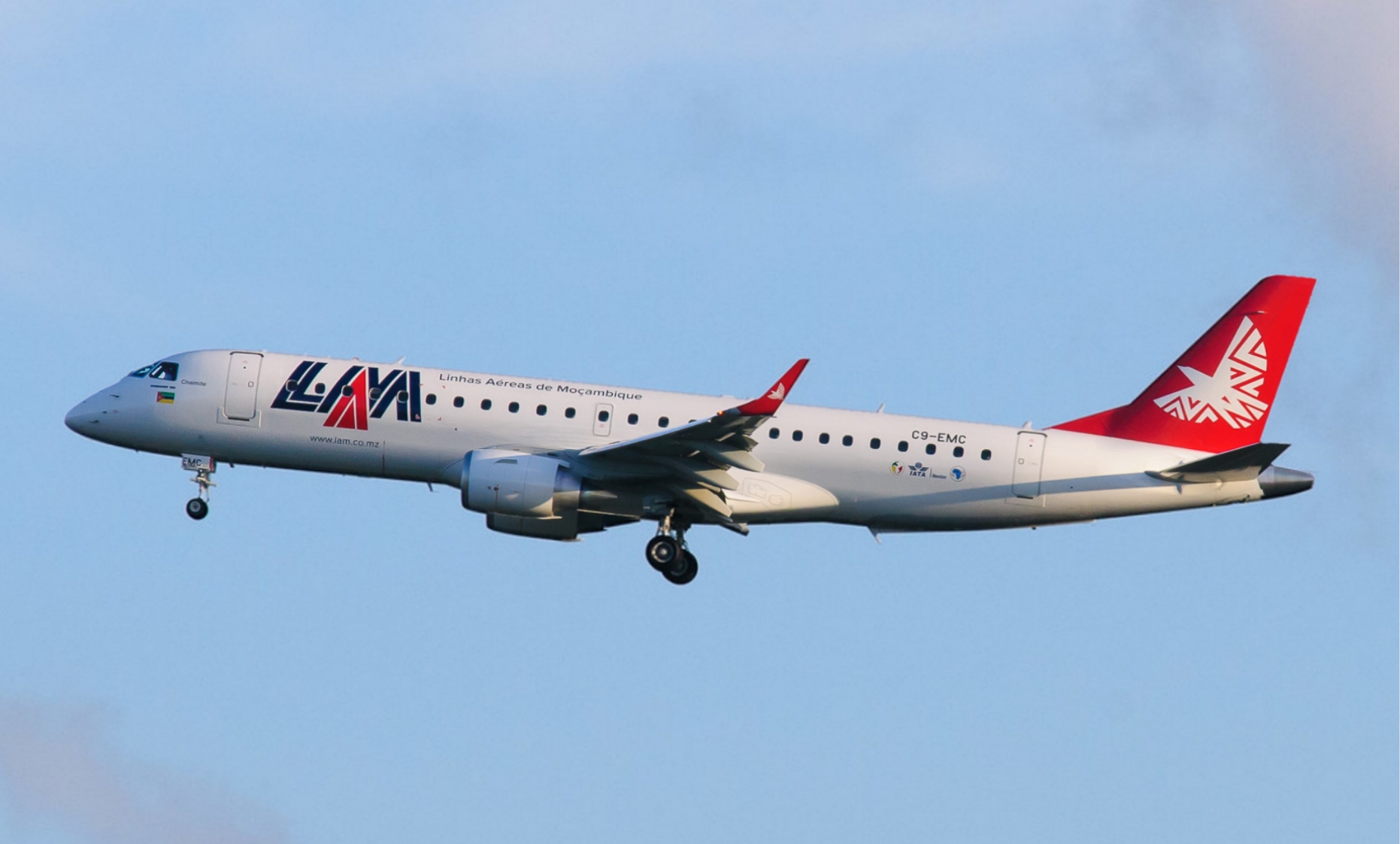 Sitting on the south-eastern corner of Africa, Mozambique is noted for its long coast on the Indian Ocean filled with tropical beaches and beautiful scuba diving spots. The country shares several borders namely Tanzania to the north, Malawi and Zambia to the northwest, Zimbabwe to the west, and Eswatini and South Africa to the south-west. Over the years it has seen moderate economic growth since the mid-90s and so has garnered a practical aviation network.

Throughout the country there are 25 active airports, of which eight offer scheduled services. Meanwhile the country currently features two airlines Linhas Aéreas de Moçambique (LAM) and its subsidiary Moçambique Expresso.

Nampula Airport serves the city Nampula, and is a main access point for the north-eastern side of the country. It features two runways - one asphalt 2000m and the second a 1,565m unpaved gravel. It sees scheduled services from the likes of Kenya Airways and LAM.

This small airport serves the port city of Pemba on the eastern coast of Mozambique in the Cabo Delago province. Aside from LAM Mozambique that covers regional and domestic destinations, the airport is also served by Airlink with flights to Johannesburg–O. R. Tambo and Ewa Air to Dzaoudzi.

With three asphalt runways, Beira Airport is a medium sized facility 9.5km from the coastal city of Beira. It’s scheduled services touch down at Addis Ababa by Ethiopian and domestic destinations covered by LAM. In addition Airlink also provides flights to Johannesburg.

Found in the Inhambane Province, Vilankulo Airport gives access to the touristic town of Vilankulo. The Bazaruto Archipelago just off the coast of the city is known for being an untouched natural destination with pristine beaches and intact coral reefs.

It is for this reason that the Mozambican government initiated airport improvements in 2009. Also led by the Anhui Foreign Economic Construction Corporation, the $9 million project aimed to refurbish and modernize the airport to increase capacity to 200,000 travelers per year whilst improving passenger experience. Seeing its inauguration in 2011 by then Mozambican President Armando Guebuza, the improved facility also received upgraded asphalt runways, measuring 1,439m and 734m.

To date the airport is served by LAM Mozambique and Airlink that provide domestic and South African connections respectively.

A gateway to southern Mozambique, Inhambane Airport lies in the Jangamo District of the Inhambane Province. With two runways, one asphalt measuring 1,500m and the second sand spanning 800m, the airport only sees scheduled regional flights provided by LAM.

The last two airports that feature scheduled flights in Mozambique are Lichinga Airport in the north and Quelimane on the middle-eastern coast. Both function as domestic airports served solely by LAM.

LAM - Mozambique Airlines, is the flag carrier of the country and was established by Portuguese authorities of Mozambique in August 1936. At first the airline was known as Direcção de Exploração de Transportes Aéreos (DETA) before being renamed in 1980.

With its hub at Maputo International, the airline features a network that is dominated by Southern African destinations including, Nairobi, Dar Es Salam and Johannesburg along with domestic airports throughout Mozambique. Given the restrictions and inoperation imposed by the Covid-19 pandemic, the airline cut many of its previous routes such as Lusaka and Harare. Furthermore since 2011 it is one of the airlines banned from entering EU airspace.

To date the LAM operational fleet features two Boeing 737-700 aircraft along with a Bombardier DHC-8-400 in storage.

A sister company fully owned by LAM, Moçambique Expresso was established in 1995 and also takes base at Maputo International Airport in the capital city. Similar to LAM it also provides scheduled regional and domestic flights but adds charter operations to its services.

Albeit the setbacks provoked by the covid-19 pandemic, Mozambique provides an intriguing aviation landscape filled with opportunity. It has accumulated a moderate airport network with a steady stream of scheduled flights, an accomplished feat for an African nation with Mozambique's standing. Where the country lacks however is in its airline performance with much room left to cover more international  destinations, private airlines and a charter services network. If tapped, Mozambique's potential can fully harness its touristic appeal and be a highlight of aviation in Southern Africa.