Touch Down in the Savannah: The Airports of Zambia 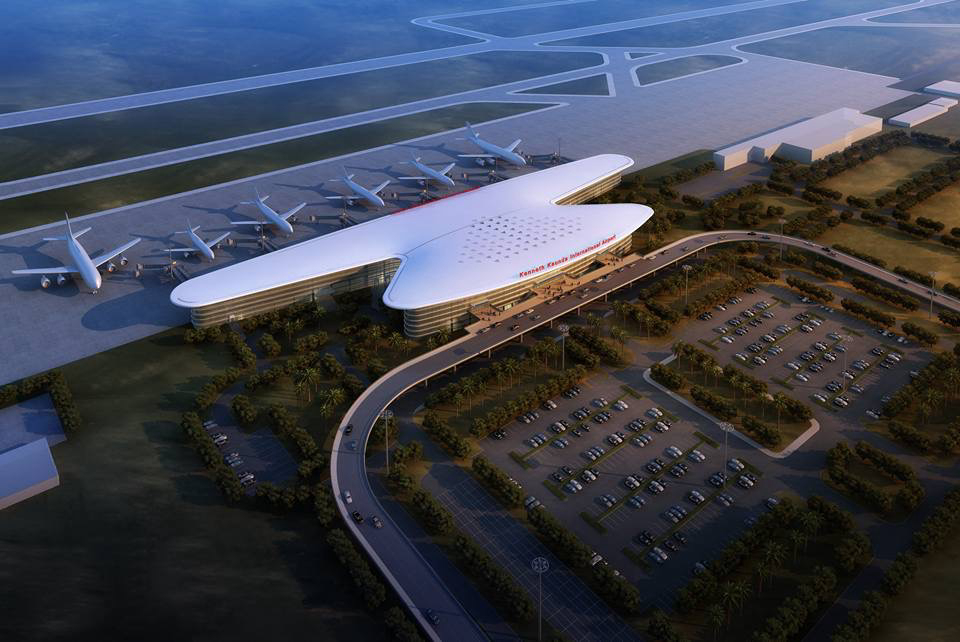 Throughout the early 21st century Zambia pioneered as one of the fastest-growing African economies. Achieving middle-income status by 2011, the country developed powerful mining and agricultural industries that combined with one of the most attractive wildlife ecologies brought the country into the limelight of African development. Landlocked between The Democratic Republic of the Congo, Tanzania, Malawi, Mozambique, Zimbabwe, Botswana and Namibia, a prominent aviation infrastructure is essential to give the country efficient access to the rest of the world.

A total of 23 airports accommodate for the diverse commercial and charter operations in the Zambian airspace, all of which are regulated by the Department of Civil Aviation of Zambia. Whilst the majority of these airports are small and practical in nature, several stand out for having international status and scheduled flights along with being in strategic locations that feed the tourism economy.

Located 27km from the capital city, Kenneth Kaunda International is the country’s largest and most active airport and acts as the base of the majority of Zambia’s scheduled and charter airlines including Proflight Zambia, Mahogany Air, Big Dog Aviation and the cargo carrier Stabo Air.

In 2015, the airport was given an expansion project with a set budget of $360 million, provided by government funds and a loan from the EXIM Bank of China. Furthermore, the new terminal’s design was fulfilled by the China Airports Corporations whilst China Jiangsu was the executing contractor. Set for completion by 2021, the airport will receive new passenger and cargo terminals, office space, an improved air traffic control tower along with upgraded emergency and firefighting facilities. In addition, passenger services will also be enhanced with such additions as a shopping mall and hotel. When completed the new airport will have a six million annual passenger capacity with the ambition to make the Zambian capital a new hub for the Southern African region.

Aside from its single 3,962m asphalt runway that is used by commercial flyers, the airport also has an 823m grass airstrip that is more suited for light aircraft. Along with local Zambian airlines, there are many regional and international airlines that touchdown at Kenneth Kaunda International including Air Tanzania, Kenya Airways, and Emirates.

Found in proximity to the northern city of Ngola, not far from the bordering DRC, Simon Mwansa Kapwepe International is named after the nation’s former vice president. It serves as the central air portal for residents and visitors to the cities found in the Copperbelt Province.

It was originally built by the British Royal Air Force British during WWII before being passed to civilian use in the 1950s. To this day the same military terminal has been in use untouched, aside from the addition of some auxiliary buildings.

Simon Mwansa Kempe International has two runways, the main one measuring 2,500m whilst the second is shorter at 1,200m long. Given its primitive construction, the airport cannot accommodate large aircraft. It sees traffic from such airlines as Ethiopian Airlines and Kenya Airways along with local flyers.

Construction of a new airport commenced in 2021, dubbed the Copperbelt International Airport and is intended to replace Simon Mwansa Kapawepe International. Handled by the Aviation Industry Corporation of China (AVIC), the airport is set to have a single 3,500m runway and provide improved air transport services to two million annual flyers to the region.‍

Found in the Mambwe district, Mfuwe Airport has been serving the touristic region of the Luangwa valley since the 1970s, most notably used to give tourists access to one of the largest natural reserves in Zambia - South Luangwa National Park.

The airport has a single asphalt runway that measures 2,200m and regularly sees traffic from two airlines, Proflight Zambia and Ulendo Airlink. With an annual terminal capacity of 100,000 passengers, the airport provides daily flights to Lusaka and Lilongwe‍

‍Formerly known as Livingstone Airport, Harry Mwaanga Nkumbula serves the flocks of tourists visiting the natural wonders of Victoria Falls that stand just 15km away from the airport. Since the falls are some of the most popular attractions in Africa, the airport received several expansions between 2011-17 to accommodate for increasing traffic. Costing $50 million, the project gave the airport a modern terminal with a total space of 7,000m2 whilst the old terminal will be refurbished and reverted to domestic and VIP uses.The airport sports two runways; both asphalt, the longer of the two measures 2,293m whilst the second is 1,372m long. There are several airlines and charters that frequent the airport such as British Airways, Airlink along with the local airline Proflight Zambia.

‍Although the economic boom experienced by Zambia has slowed due to several factors such as lowered costs of copper and the significant drop in tourism seen during the covid-19 pandemic, the country has built an impressive roster of airports nonetheless. Furthermore, it seems that the Zambian government is keen to solidify the country as an aviation hub by 2029, and numerous airport expansion plans are set to make this dream a reality.