The Challenges of Aircraft Storage and Maintenance During Downtime 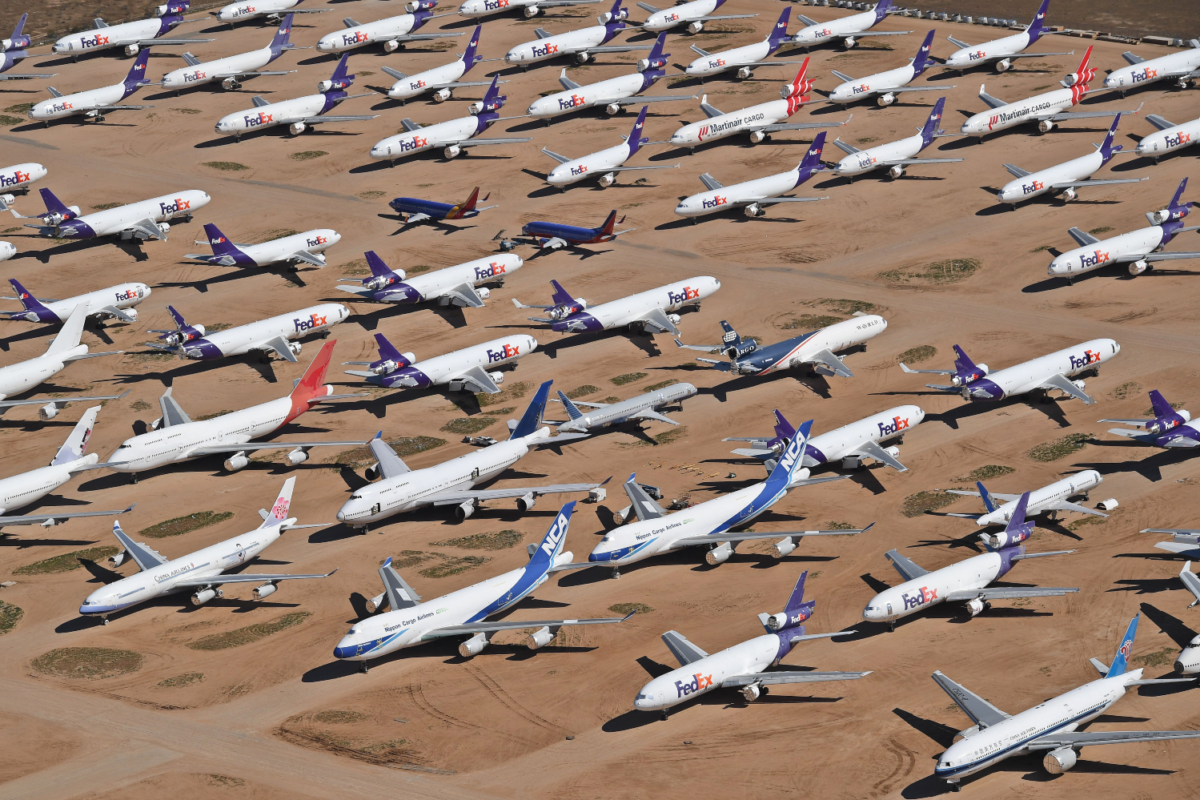 With most of the world's aircraft fleet currently in storage or infrequently flying, airlines are faced with the extra task of maintaining their aircraft until the time is right to fly again. What are some of the challenges of aircraft storage, and how can airlines best manage this process?

Why Would an Airline Choose to Store Aircraft?

While it might at first seem obvious why an airline would store its aircraft, the actual reasons are quite varied:

Alas, some essential choices need to be made when an airline sends an aircraft into storage.

Where do they send the aircraft?

The first challenge for an airline is to choose where to send the aircraft. Most airlines' hub airports are right in the middle of major cities or metropolitan areas. Airports that generally charge expensive fees to land at the best of times, let alone park for more than a day. These airports are not designed for long term storage, and it would cost a pretty penny to leave aircraft there for long. Another challenge is finding an airport that has room to fit the plane. According to aviation industry researcher Cirium, 64% of all commercial passenger aircraft in the world today is spread over 900 airports, taking up valuable parking space.

But not just any other airport will do. Airlines will need to choose an airfield that is away from significant environmental hazards (such as hurricanes, typhoons, and blizzards) and is not besieged by crippling humidity or other temperature extremes. Thus airports in deserts come to mind such as America's California and the Australian Outback. Therefore airlines will need to factor in transportation costs to ferry these aircraft (like Fiji Airways did with its Boeing 737 max fleet to Alice Springs airport in the middle of Australia).

"The ferry to Alice Springs is to allow the aircraft to be stored in a dry environment as the climate changes to the wet season in Fiji, with a heightened chance of corrosion and cyclone activity in the region," a Fiji Airways spokesman told the Financial Times.

When it comes to storing aircraft long term, different costs come into play. Not only does the airline need to spend capital on transporting the aircraft to the region, but they also need to pay a landing cost to keep the aircraft on-site. According to Financial Times, the landed cost of storing and maintaining a single Boeing 777 can be around $348,000 US a year. Around the world, the average price is commonly referenced as $1000 US per day.

This cost, if spent by an airline for a fleet averaging 250 aircraft, would bankrupt the carrier instantly. Thus many airports have either reduced the rate down to 1-2% of normal parking costs or removed the fee entirely. After all, without aircraft flying today or in the future, airports have no chance to make any money what so ever. Aircraft are parked at the gates, or slotted into a complicated zig-zag pattern. However, they need to be accessed as the aircraft need to be occasionally pulled away and maintained.

What maintenance is involved with aircraft in storage?

An aircraft is not like a car. It can't be parked for months at a time and have a simple battery recharge to get going again. Engineers at these remote storage airports need to access the aircraft and bring them back up to fighting shape at any time.

According to Boeing, there are many challenges that an aircraft in storage needs to face during its hibernation:

If exposed to the outside environment, an airplane can be damaged by heat, humidity, cold, ice, snow, rain, lightning, hail, wind, sandstorms, and insects. The airplane must also be protected from damage or debris contamination of pitot probes, static ports, total air temperature probes, and angle-of-attack sensors. External openings on the airplane, such as the outflow valve, relief valves, vents, ports, and openings, must be closed and sealed against environmental effects.

Other aircraft maintenance remains in effect, such as lubrication, oils, and battery replacements. Airlines are essentially paying the complete maintenance fees for an aircraft that is not even flying.

Eways Aviation stands ready to help airlines navigate the complex task of aircraft storage and MRO. Speak to one of our team members today to find a more suitable and cost-efficient storage place, and plan for a return to service.