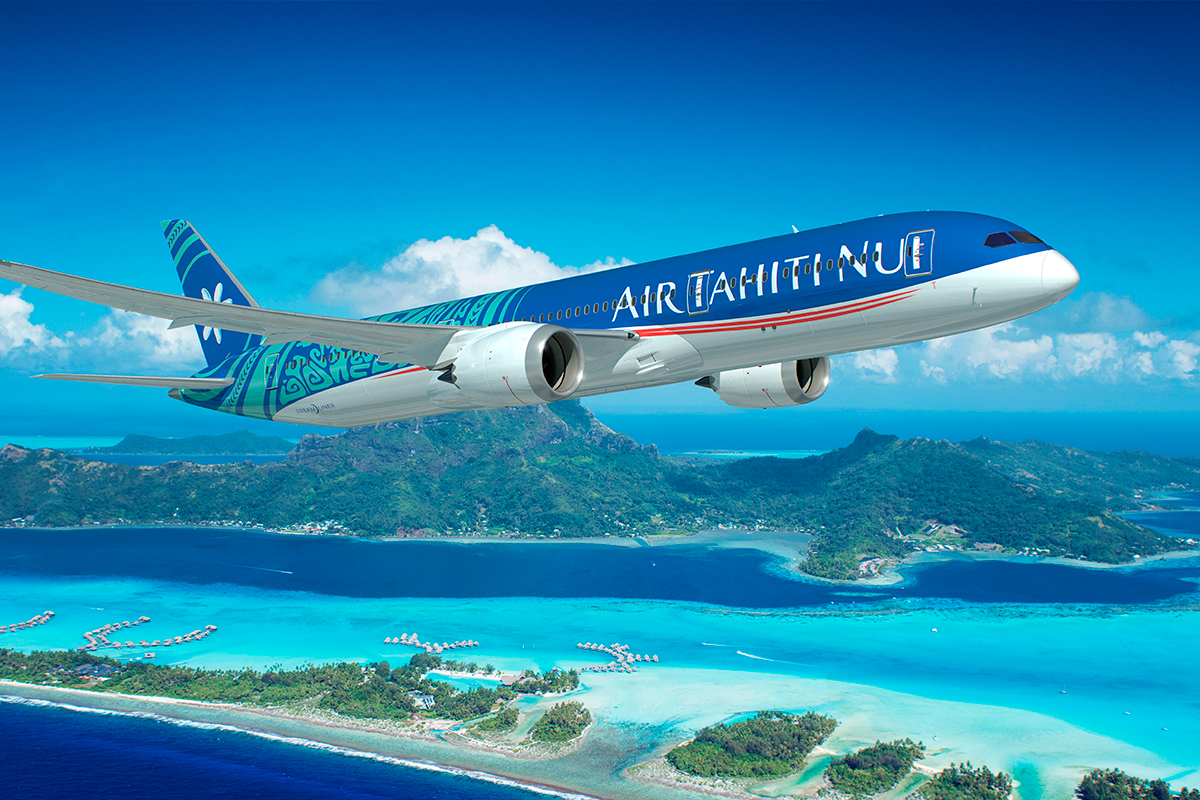 The South Pacific region, consisting of the islands of Melanesia, Micronesia, and Polynesia, have arguably benefited the most from the introduction of air travel. Remote island communities are now closer to the world stage than ever before, and fantastical landscapes are now in front of the mind for tourists all over the world. But recent events have turned the aviation world upside down and the South Pacific won't survive unscathed. What challenges await for the South Pacific? Let's explore.

First, we should better define the specific regions of the South Pacific (and just how north it goes). The region is bordered by New Zealand to the South West, Papua New Guinea to the North West, Hawaii to the North East, and Easter Island to the South East. This means that this region is one of the largest in the world, including Fiji, Tonga, Cook Islands, Samoa, Tahiti, and many more, with their own cultures, histories, and diverse regional connections. As the nation of Australia is so large and right on the edge of the region (and arguably also part of South East Asia), it won't be included in this discussion apart from were its effects dramatically impact others.

When it comes to aviation, there are three distinct markets. First, there are long-haul tourist routes, attracting rich foreign travelers from nations as far away as Europe to the region. Then there are also long-haul connectivity services, for remoter islands that need medical, education, or commerce support from bigger hubs. Lastly, there is inter-island aviation that connects various islands together (especially if they are the same island nation).

Tourism has been a major growth driver for the region, with airlines focusing on several different destination opportunities:

Growth had been steadily rising in the region, although it has been hampered by the slow development of tourism accommodation on the islands.

By the end of 2019, with the inclusion of SPTOs two new member countries, Rapa Nui and Wallis & Futuna, it is forecasted that about 2.2 million international air visitor arrivals will be received across these Pacific Island destinations, at an annual growth rate of around 6.6% from 2018.

However, we can't ignore the elephant in the room that is the Coronavirus. While the virus has decimated other regions of the world such as North America, the South Pacific's quick action to use their island nature to their advantage. has resulted in fewer cases than anywhere else in the world. In fact, as of today, the virus is mainly eliminated from the region with the exception of New Zealand.

Airlines have realized that without a virus, there is no real need to prevent travel between the various islands and have proposed a 'travel-bubble' arrangement. Air Tahiti Nui GM Pacific Daniel Eggenberger said “Now it’s time to take the next step in COVID recovery”,  “[by opening] borders to French Polynesia and other South Pacific Islands who have either successfully extinguished COVID-19 or evaded the pandemic altogether”,

The airline CEO wanted to also include New Zealand in the bubble (despite the recent outbreak), as wealthy New Zealand travelers would be a big boost to the local economy “Lost on Kiwis [New Zealanders] if a South Pacific bubble doesn’t fly soon. Direct services ex Auckland to French Polynesia and the South Pacific offer a level of containment that together with strict protocols at entry and exit points should be sufficient to enable travel”.

Australian High Commissioner to Fiji John Feakes says the recent influx of new COVID cases may lead to the extension of the country’s travel restriction policy. Feakes says that while the Federal government is imposing stringent measures to contain the virus, the decision to allow Australian tourists to visit Fiji is not applicable now.

“We understand critically how to get Australian tourists back in Fiji, but we want to do it safely. But at the moment with the outbreak in Australia, we need to get that under control before we can contemplate or regularize travel between the two countries.”

The virus has also caused problems for locals - with demand outstripping the supply on some carriers (Aircalin is sold out until at least Christmas), citizens can't return home to their loved ones.

The good times of 2017 to 2019 have led many airlines to upgrade their aircraft and modernize the soft product onboard. However, the crisis seemed to perfectly hit just before, or after the carriers took ownership of their new aircraft.

Air Vanuatu ordered four A220s in 2019 with an expectation that they would be delivered mid-2020. Alas, the delivery of these game-changer aircraft (that have superior economics and yet can still perform routes like widebodies) has been pushed back following the current crisis in the region.

“We are returning Air Vanuatu to the people,” said Air Vanuatu Chairman Sam Firi to Simple Flying “I am heartened by our government’s commitment to provide the financial support that will ensure Air Vanuatu can emerge from the current crisis. The board I lead today will continue to work closely with the management and staff, especially in these unprecedented times. We will get through this together, in the spirit of Vanuatu.”

Air Kiribati planned to receive two Embraer E190s in December 2019 and April 2020 but managed to only get one before the crisis struck.

Air Kiribati acting chief executive officer and chairman of the Tourism Authority of Kiribati (TAK), Danial Rochford said back in January: “I certainly believe these aircraft will certainly see a major boom in tourism in Kiribati which is already seeing some upswing in growth.“This growth will be felt right across the nation in the Gilbert Islands, the Line Islands, and the World Heritage Listed Phoenix Islands because of these aircraft.” The date for delivery for the second aircraft has come and gone, and Air Kiribati has no passengers to fly.

Other airlines in the region that completed a fleet renewal include Aircalin (you can read our full analysis about this airline here), Air Tahiti Nui upgraded to the Boeing 787-9 from aging Airbus A340s, Air Niugini and Fiji Airways (which also now has a new Airbus A350) both got caught in the Boeing 737 MAX debarkle (further stranding capital) when they tried to renew their narrowbody fleets.

Despite some well-suited aircraft entering the market (such as the Embraer E-Jet E2, the Airbus A220, and the Airbus A321XLR) that have small passenger loads, can land at smaller airports and have excellent economics, the region is so far burned by the current circumstance that likely they won't order new aircraft for many years. This is also an issue for parts suppliers and MRO services. With new aircraft sitting in hangers with nowhere to go, there will be few spare parts required for the airlines. And with older aircraft, since retired, the carriers won't need any major overhauls anytime soon.

When we say short-haul, we only mean it in the context of the long-haul flights discussed above. There is nothing short about the distances that these aircraft fly. There is a big market of lighter turboprop aircraft operating in the region, many of which are owned by smaller operations that are not linked to the bigger government operations listed at the start of this article. These market players represent a significant (if dispersed) market group and could be quite lucrative to any aviation industry interested in targeting them. The only issue, of course, is how to reach them.Survivability is on the cards for these 'domestic' operations. As the tourism trade has dried up, there isn't enough traffic between the islands to sustain fare-paying routes and many airlines have either had to shut down or significantly reduce operations. Air Rarotonga, a small carrier that operates domestic travel in the cook islands - has effectively shut all domestic routes until it either receives funding from the government or the border restrictions lift."Our tourism business to Aitutaki is the backbone for all inter-island air services, and obviously until international border restrictions are lifted we will not see a resumption of anything like normal schedules,” chief executive Ewan Smith told The Cook Islands News back in April (by way of CH-Aviation).

In conclusion, the challenges facing the South Pacific are two-fold:

Due to these reasons, the aviation market here will be one of the latter areas to recover, with operators focusing on essential domestic operations and mothballing fleets.If you are an airline or an aviation firm interested in exploring opportunities in the South Pacific region, then let Eways Aviation be your partner and guide to understanding the dynamic market landscape. Get in touch today.