Sky to Sea: The Expanding Airports of Vietnam 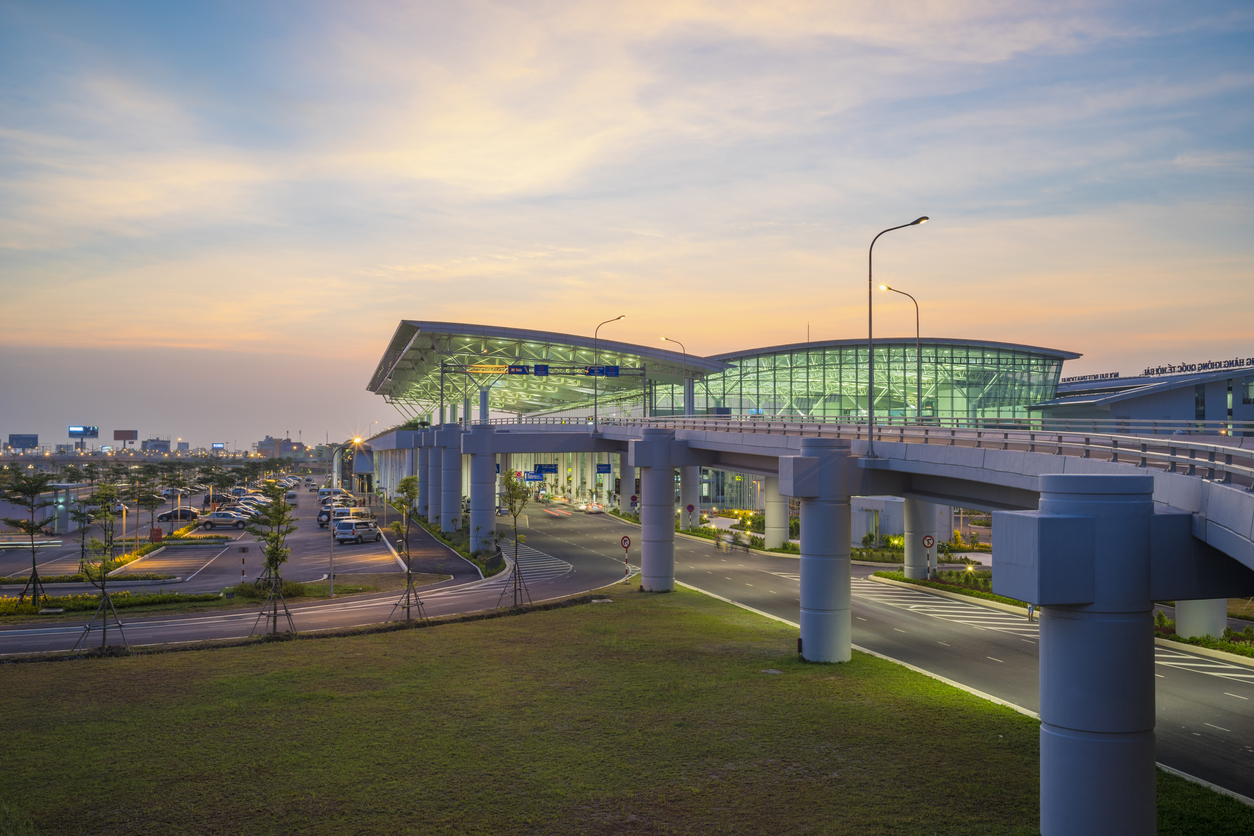 Straying far from its humble origins as an agricultural economy, Vietnam has grown to be one of the most rapidly developing Asian countries, with the 37th largest economy in the world. It has one of the most luxurious hotel landscapes in the world with heavy foreign investment to support its ever-growing touristic appeal. As such the country has fostered a powerful aviation network, with some of the busiest airports in Asia and the world. Here is a look at Vietnam’s four most active airports.

Vietnam’s busiest airport saw its beginnings in the 1930s; constructed by the French colonial authorities, it was first known as the Tân Sơn Nhứt Airfield built-in proximity to the village of Tan Son Nhu. As a small airport with unpaved runways, it continued to see traffic from light aircraft until the mid-1950s when a 2,190m runway was added and the airfield became Vietnam’s main air portal, a status held to this day.

Today the airport handles approximately two-thirds of international arrivals and departures (40 million in 2019)  of all Vietnamese airports. In addition, it was the 15th busiest airport in the world in 2020. To satisfy increasing demand, the airport has seen several expansions and renovations, the latest of which added a new international terminal and concluded in 2007. With it, the airport’s old terminal was designated to handle domestic flights. Furthermore, the airport was given a second runway; with the longer measuring 3,800m and the other counting 3,050m, both concrete and able to accommodate long haul aircraft.

In a project headed by The Japan Airport Consulting Company, Tao Son Nhat International’s latest terminal spans 100,000m2 with an average capacity of eight to 10 million passengers per year. Furthermore, it is well equipped featuring ten luggage conveyor belts, eight sky bridges, along with an expansive commercial zone that includes entertainment areas along with health and beauty facilities.

Plans are on the table to give the airport a third terminal since Tan Son Nhat surpassed its operational capacity of 28 million annual passengers in 2017. Given an initial budget of $477.8 million provided by ACV, the new terminal will have a capacity of 20 million passengers per year and will help ease the congestion stifling the existing two terminals. To date, authorities have allotted 16 hectares of land for the new terminal whilst concluding a feasibility study for the construction.

Offering insight on the new project, the deputy director of Airports Corporation Vietnam Do Tat Binh said “we will try to start the construction in October and the construction is expected to be completed within 24 months. This segment will contribute to dealing with the traffic jams at the city’s gates, promoting economic and tourism development for Ho Chi Minh City and other cities and provinces in the southern region.”

As it is one of the busiest airports in the world, there are over 40 airlines that serve Tan Son Nhat International and this includes, Air France, Air New Zealand, Emirates, Cathay Pacific, American and Air Asia.

Built as an air force base in the 1970s, Noi Bai International is situated 45km north of Hanoi and did not see civilian use until after the Vietnam War when it was refurbished in 1975. Expansions came in 1995 when Vietnamese officials decided to give the airport a terminal to correlate with its international status. Completed in 2001, Noi Bai International’s first terminal covered an area of 90,000m2 and was capable of handling 4,000 passengers an hour for a total of 6.5 million annual passengers. Later this terminal was given a domestic expansion that increased the airport’s capacity to 9.5 million passengers.

Terminal 2 was the latest addition to the airport premises and was completed in 2015. It took all international flights while the airport’s first terminal was allotted domestic operations. With a height of four storeys, Terminal 2 is capable of receiving 15 million passengers per year.

Noi Bai International operated with a single 3,200m asphalt runway until 2006 when it was given a second 3,800m runway. At times take-off and landing procedures are limited for safety reasons due to there being only 250m between the two runways.

As the country’s second busiest airport it sees plenty of traffic (28 million in 2018) and is frequented by such airlines as Cathay Pacific, China Airlines, Emirates, Korean Air and Malaysia Airlines.

Serving the largest city in central Vietnam, Da Nang International airport is the country’s third-busiest airport that was first built in the 1940s by French authorities, who found its flat sandy location ideal as an airstrip. It served primarily military use by the French, Vietnamese and Japanese forces until the end of the Vietnam War, although to this day it sees limited military presence.

Da Nang International received a terminal in 2011 that features upgraded airport paraphernalia such as baggage handling systems, information displays along with fire detection and safety equipment. Covering an area of 20,000m2, the terminal costs a total of $160 million and has an operational capacity of 6 million flyers per year. Furthermore, one of the airport’s parallel runways was extended to 3,500m whilst the other remains 3,048m long.

6 years later in 2017, Da Nang International once again received a new larger terminal at 48,000m2 that cost $154 million, also with a capacity of 6 million annual passengers. The airport further received extensions to its apron in 2020 through a project that aimed to improve the airport’s infrastructure and reduce its environmental footprint.

Found in Cam Ranh Bay on the southeastern coast of Vietnam, this airport was constructed by the US Navy before being handed to Vietnamese authorities in 1972. Even then, it continued to be used by the Russian Air Force between 1979-2002 and it was not until 2004 that the airport began to see civilian use after a major refurbishment. Seeing another upgrade in 2007 that brought it to international standards, Cam Ranh was inaugurated in 2009 after more expansions.

Today the airport is the fourth busiest in the country that sees plenty of international traffic due to its touristic location. Due to increasing demand, the Vietnamese government initiated an expansion project in 2016 to increase the airport’s capacity. The first phase of the new terminal initiated operations in 2018, it was given international flights whilst the old terminal took domestic voyages. It spans 14,000m2 and cost around $10.8 million to construct, equipped with modern airport facilities along with a lavish commercial zone. Compared to the old terminal that had an operational capacity of 300 passengers per hour, Cam Ranh International’s new terminal is able to handle 800 flyers per hour with a total capacity of 8 million annual passengers.

It has two 3,048m concrete runways, with the government planning to add a third in the near future whilst giving the airport space to accommodate 37 aircraft. It regularly sees traffic from such flyers as Pacific Airlines, Bamboo Airlines and Vietnam Airlines.

Albeit a turbulent history filled with military tribulations, the country was served well by the forces stationed throughout the country’s diverse geography who established many of Vietnam’s current airports. Gone are the days when the country was striving to make a global presence with nothing more to offer than some moderate agricultural output. As one of the largest and fastest-growing economies in the world, Vietnam’s airport presentation is now indicative of its increasing role as an aviation hub in Asia. With so many modern air portals along with practical airstrips, the country is a prominent example of the capabilities of emerging economies to push past their aviation challenges and dominate their respective regions.