Maldives Aviation: Who Rules The Waves Will Rule The Air 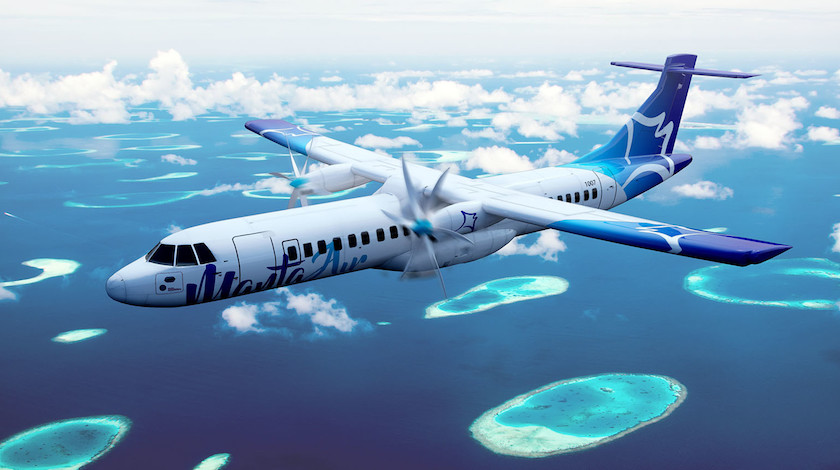 Floating bungalows and impressive white beaches come to mind when discussing the Maldives. But hidden behind the palm fronds is an aggressive seaplane market full of three rivals jockeying to become number one. What is this market like? And what do we know? Let's explore.

Understanding the Aviation 'Seascape' of the Maldives

There are several factors that influence the aviation landscape of the Maldives.

Geographically, the Maldives is strategically located to the South West of India, in the Indian Ocean. This places it next to one of the world's fastest-growing economies, close enough to Middle Eastern Hubs (like Dubai), within reach of South East Asia (Like Singapore), and right in the middle of the Kangaroo Route between Europe and Australia.

The nation itself is made up of a myriad of 26 island collections, spread over 871 kilometers (541 miles). Half a million people call this region home and without air travel, everything from commerce, shipping, and day-to-day modern life would be impossible. Unlike most aviation markets in the world, water and sea landings play a big part of getting around in the Maldives.

Many of the airlines listed below have big seaplane fleets and utilize them as a critical part of their operations. It's because of this reason that the airport landscape in the Maldives is very unique. Apart from Male which can take two widebody aircraft on its twin land runways, and a few other regional landing strips, there isn't enough land to build any more airports. Thus water airports have sprung up around each island.

However, the country isn't rich. According to the heritage foundation, the nation is 119th in the world when it comes to economic development. While tourism has been a driving force of its economic progress in the last decade, much of that wealth has been centrally retained in the same industry. However, thanks to loans from China and rising popularity as a destination, the island nation has made impressive progress.

What are the Main Commercial Airlines of the Maldives?

When it comes to assessing the health of countries' local aviation market, it's best to start with the main players. The Maldives has four registered carriers and one start-up airline.

Maldivian is the national flag carrier of the nation and has a fleet of ten Dash-8 turboprops, a range of seaplanes and two Airbus A320s. It uses the turboprop aircraft to operate scheduled services to domestic islands throughout the country, and the twin A320s (one A320 and another A321) for international flights to China, India, Thailand, and Bangladesh. A few of its domestic routes also cater to luxury resort islands, transporting cargo and passengers (although we can't rule out that these flights aren't sponsored in some way).

As this airline is owned outright by the government, it has used the airline to spearhead new development across the country. An example is the Southern Maldives, with a renovated seaplane terminal in Gan Island that will now have a greater capacity for international tourists. This plan is not expected to be profitable in the short-run but was aimed at fulfilling the government’s development goals.

"The region currently had about 2,400 tourism beds, which was not a viable number for flight operations. However, it is hoped the venture would stimulate tourism in the area." Tourism Minister Abdulla Mausoom said to Ch-Aviation.

Apart from the flag carrier, there are three other airlines registered in the Maldives.

Manta Air is a new domestic airline that has only recently celebrated its first birthday and has staked out a niche as the first scheduled seaplane airline in the island nation. The airline has focused on an aggressive expansion in the region and has said that the market isn't big enough for multiple seaplane airlines.

“In my opinion, the seaplane market is not growing quickly so our operations will actually be vying for the existing market. But I think competition is welcomed by most people and we would like to take some market share from the existing player”

It has a surprisingly large fleet for such a new airline of nine aircraft - three ATR 72s for land operations and six De Havilland Canada DHC-6-300 Twin Otters fitted for water operations. Although the former ground-based aircraft took a beating during the current crisis and will remain grounded until tourist numbers return.

“I anticipate much more room for growth with the ATR [domestic services market] because they can reach most places in the Maldives. Many islands only have one carrier flying there now,” Mohamed added in the same interview back in 2019.“We are also looking at other ways we can expand the domestic services, such as through tie-ups with other airlines.”

There is also FlyMe (Villa Air), which is a private airline operating ATR and seaplane services between island resorts in the Maldives. As they are owned by a conglomerate, their focus isn't regular services but rather ensuring customers who arrive at the Maldives can access their hotel. But you would be mistaken to think this is a concierge service, with the Villa Group (one of the biggest companies in the Maldives) planning international services for its carrier.

statement from FlyMe to Ch-Aviation

What About Private Aviation in the Maldives?

We also cannot ignore the luxury tourism appeal of the islands. The Maldives attracts visitors of all wealth levels, but certainly, a rich clientele ranks the Maldives at the same level as the Greek Islands, South Pacific, or the Caribbean. This means that private aviation has found a way to flourish and carve out quite a successful niche in the country.

The main private airline is Trans Maldivian Airways. Operating the largest fleet of seaplanes in the country (55 aircraft), they provide the essential connectivity that makes so many of these remote island resorts work. However, this dominance is under threat by the previous two mentioned airlines, who have both moved into this seaplane niche. With the luxury tourist market drying up in recent months (thanks to the current crisis), TMA may find itself in rough seas despite always growing its fleet no matter the economical conditions. But the clouds may be starting to clear, with Smart Aviation reporting that TMA is seeing a return of tourist traffic.

"[TMA] recently been contracted to operate seaplane transfers to Radisson Blu Maldives. It is also watching for opportunities to grow its fleet, preferring the Series 300 Twin Otter over the Viking Air model for ease of maintenance in saltwater conditions, The aircraft have proved to be very easy to bring back into service from storage during the pandemic period"

Apart from these three airlines, the only other threat is new upstarts (like Japanese start-up Sky Atoll that planned on entering the market with ten seaplanes In 2017). and international routes being crushed by Emirates, Singapore Airlines, and other large widebody national carriers. The Maldives is a very unique market, full of competition and rival seaplane empires reliant on the tourist lifeblood. It seems in the Maldives, who rules the waves will rule the air.

If you want to know more about the Maldives or develop partnerships in the region, then contact Eways Aviation today as your on-the-ground guide.