Island Shores to Sunny Skies: The Aviation Landscape of Seychelles 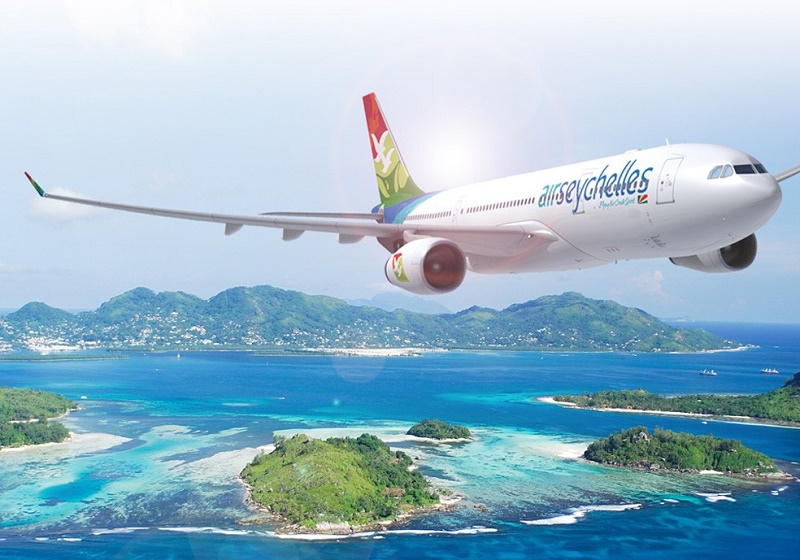 Found on the Eastern tip of the Somali Sea, the vibrant Seychelles archipelago is home to 115 islands. Whilst many of the island’s natives occupy themselves with such endeavours as fishing and farming, as well as cultivating coconuts and vanilla. Akin to the majority of tropical islands, the main economy of Seychelles is tourism.

Aviation, is essential to island environments such as Seychelles, due to the fact that it provides efficient transport between remote and harsh ecosystems whilst avoiding the inconveniences of oceanic navigation. As a result, Seychelles has developed an intricate lattice of 15 airports and airstrips throughout the archipelago that are managed by the Seychelles Civil Aviation Agency. The country’s flag carrier airline - Air Seychelles, is the main provider of scheduled flights between the islands.

Found on Mahé island 11km south-east of the capital, Victoria, Seychelles International airport was inaugurated by Queen Elizabeth II in 1972. At this time the airport had the basic infrastructure it possesses today including the 2,987m runway, control tower meteorological station, and maintenance staff facilities. The airport relied on expatriate efforts for both management and maintenance services.

Due to increasing traffic and the popularity of Seychelles as a leisure destination, the airport underwent significant expansions from July 1980 adding a new terminal with a capacity to handle 800 passengers per hour along with parking bays for up to six aircraft. Further development came between 2005-06 when the airport’s terminal further extended along with equipping the airport to facilitate medium to larger aircraft along with six smaller aircraft.

Today the airport serves as the base of Air Seychelles and welcomes numerous international airlines including Aeroflot, Air France, Emirates and Turkish Airlines. It is the country’s main airport and portal to the rest of the world.

Serving the second largest island in the Seychelles Archipelago, Praslin Airport started its life also 1972 as a basic airstrip. By 1988, the Seychellois government realizing the importance of the island and undertook a project to improve the airport, adding a terminal building along with a control tower and fire fighting facilities. Furthermore, the airport's runway was paved and extended to a length of 1,250m.

To date, the airport is served solely by Air Seychelles with daily flights to Seychelles International Airport in Mahé.

In 1977 with the popularity of the islands on the rise as a holiday destination, the Seychellois government purchased a selection of light aircraft in the bid to initiate an airline. By 1983, officially coined Air Seychelles, the airline had a Douglas DC 10 vessel and commenced flights to Europe visiting such destinations as London and Frankfurt. Soon later the airline acquired its first Boeing aircraft namely two 707-320s.

The airline continued to add more destinations to its schedules until 2012, when a turbulent period of losses led to cuts in international destinations and the elimination of all Europe-bound flights. With the airline on the verge of collapse, the Emirati Etihad Airways took interest in Air Seychelles purchasing 40% of the airline’s shares in a partnership agreement. The airline was revamped, adding an A330-200 and several flights to Abu Dhabi along with drawing up a two-year plan to increase profits.

Today the airline maintains a fleet of 7 aircraft including two A320-200Ns and aside from following domestic routes, performs regular flights to such destinations as Mumbai, Port Louis, Johannesburg and Abu Dhabi.

Whilst the deal with Etihad returned Air Seychelles to profitable status and saw a return to European flights, the partnership is coming to an end. The airline is set to purchase back the 40% stake from the Emirati’s along with reducing its workforce. Furthermore, Air Seychelles will once again remove flights to Europe as a means to survive against emerging competition from foreign airlines.

Whilst Seychelles has made significant progress in overcoming its geographical challenges and developing an aviation sector since the 1970s, the country continues to lack high-quality airports for its inhabitants away from Seychelles International and Praslin. Furthermore whilst Air Seychelles continues its prosperous performance, there are many opportunities for other airlines to emerge in the region, particularly in the light aircraft charter industry. We hope that the country’s aviation sector will continue to improve and that Seychelles will fully realize its touristic potential.