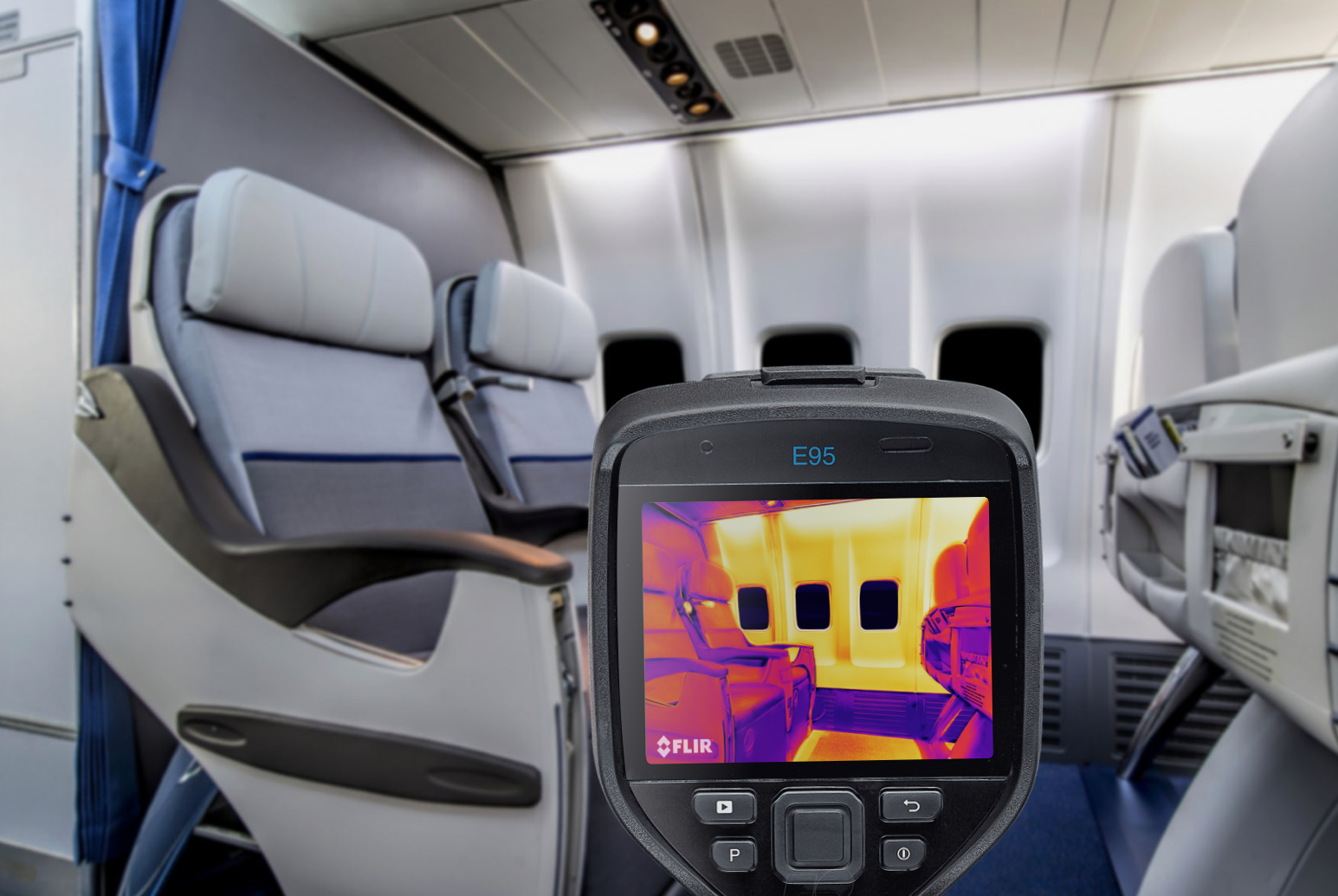 From the basic folding table to in-flight screens and even on-board Wi-Fi, these ideas all started as wacky sketches before going mainstream. While more times than others these visions do not stray far from the drawing board, once in a while they are fully realized and made available to the general public. Eways Aviation delves into some of the ambitious concepts that could revolutionize the air transport experience.

Cabin temperature has many times been a controversial topic for travelers and cabin crew; with enthusiastic voyagers dressed in their leisure attire shivering from cold temperatures, whilst their devoted cabin crew in uniforms request a cooler environment to keep them from stifling as they go about their duties.

Given the fact that the external temperatures at high altitudes can go so low as -45 degrees celsius, on-board climate control can be a challenging feat, especially for longer flights. Furthermore, adhering to FAA regulations on fresh air ventilation rates adds to the difficulty of giving passengers a pleasant cabin temperature.

Whilst normally airlines readily provide their voyagers with blankets to negate the cold temperatures, Austrian firm Liteheat, a subsidiary of the Villinger Group, is proposing a cutting-edge solution for passenger comfort whilst keeping cabin crew from collapsing from the heat.

The technology consists of a material coating that when exposed to an electric current, gradually warms up and emits this heat to nearby surroundings through infrared. As a result, it can be applied throughout aircraft in proximity to passenger seating, providing them with heated corners whilst the cabin crew profit from the cooler ambience of the main cabin. Infrared heating like this has slowly made its way into high-tech homes, but this will be its first application in the world of air transport.

An added benefit of the technology is its significant lightweight, adding only 150g per square meter, and with a 0.2mm thickness, it can be stealthily applied to any aircraft surface and covered with a finish to retain aesthetic appeal. This means that Liteheat has little to no impact on fuel efficiency, an important factor in modern operations. Furthermore, the material is extremely resilient making it an economical choice for aircraft manufacturers, thus improving the flight experience with little added costs.

Whilst it is well known that flyers on a budget don’t get the same in-flight sleep quality as is available to their business and first-class counterparts, Belgian pilot and inventor, Yves Hendrickx has created a refined seating mechanism that could revolutionize napping in coach.

Coined the LSEAT, the new chair utilizes a sliding lower seat cushion that has mobility down and forwards combined with a subtly reclining backrest, putting passengers in a position more natural to sleeping than traditional economy seating.

Nominated for a Crystal Cabin Award, the genius of the seat is the fact that it requires no electrical powering, or cabin assistance to achieve its desired purpose; instead, it relies solely on a spring-powered mechanism that budges under the force of passenger body weight. Furthermore, since the general design of the seat does not deviate far from the familiar economy seats, Hendrickx’s design will not strain airlines by occupying more space or putting aircraft through long periods of AOG during their installation.

In terms of marketing potential, Hendrickx has proposed that airlines install his seats in a segment of their economy cabins which can be sold to passengers as a ‘premium’ option. Combined with their efficient installation, this scenario could significantly boost airline profitability whilst keeping passengers snoozing.

Over the years, cabin bathrooms have been gradually shrinking to the point where they are bordering on uncomfortably narrow. Looking to maximize profits, airlines have been requested more seating space in an effort to cram as many passengers on-board as possible with much of that extra space taken from the on-board lavatories. Whilst this may be a minor inconvenience for the average passenger, it is a much larger issue for travels with disabilities and even mothers changing diapers.

Using a triangular-based design, the SPACE bathroom will provide adequate space for larger travelers, wheelchair users and other individuals that require the added room in private. It was proposed in conjunction with AirGo’s Galaxy Cabin design; a business class seating concept that would leave ample room at the end of the cabin for two SPACE lavatories. In fact not only does the design retain the same number of seats, it provides four more than the conventional business class cabin.

For years airlines have been devising ways to cut weight from aircraft, sometimes even going to bizarre measures such as the story of American Airlines removing a single olive from in-flight meals in 1987, which saved the airline $40,000 and shredded a little mass off the aircraft to cut fuel consumption. Other attempts were more creative, such as Virgin Atlantic integrating thinner more compact glassware and eliminating slate plates from first-class to further the cause.

Providing an elegant solution to one of the most challenging aspects of reducing airplane seat weight, the Slovenian firm Vanema has created the Octaspring; a light seat padding concept that will cut aircraft weight significantly along with providing added comfort for passengers. Reduced weight means more efficient aircraft performance and less fuel consumption, a significant bonus in a cost-centric industry serving environment-conscious travelers.

Using a hexagonal lattice of foam springs, the Octaspring uses half the amount of material that solid padding requires to be effective, resulting in the same or improved seating experience at 30% of the weight. Furthermore, the concept is highly ergonomic, with the spring technology adapting to the seating postures and weight distribution of its occupants for added relaxation. In addition, the material remains cool due to the ventilative nature of the foam that expels hot air and humidity as passengers move, for an optimum seating experience.

In a world filled with visionary pioneers armed with rapidly evolving technology at their disposal, the average flying experience is only set to improve in the decades to come. With endless potential, the sky is the limit when it comes to passenger comfort.