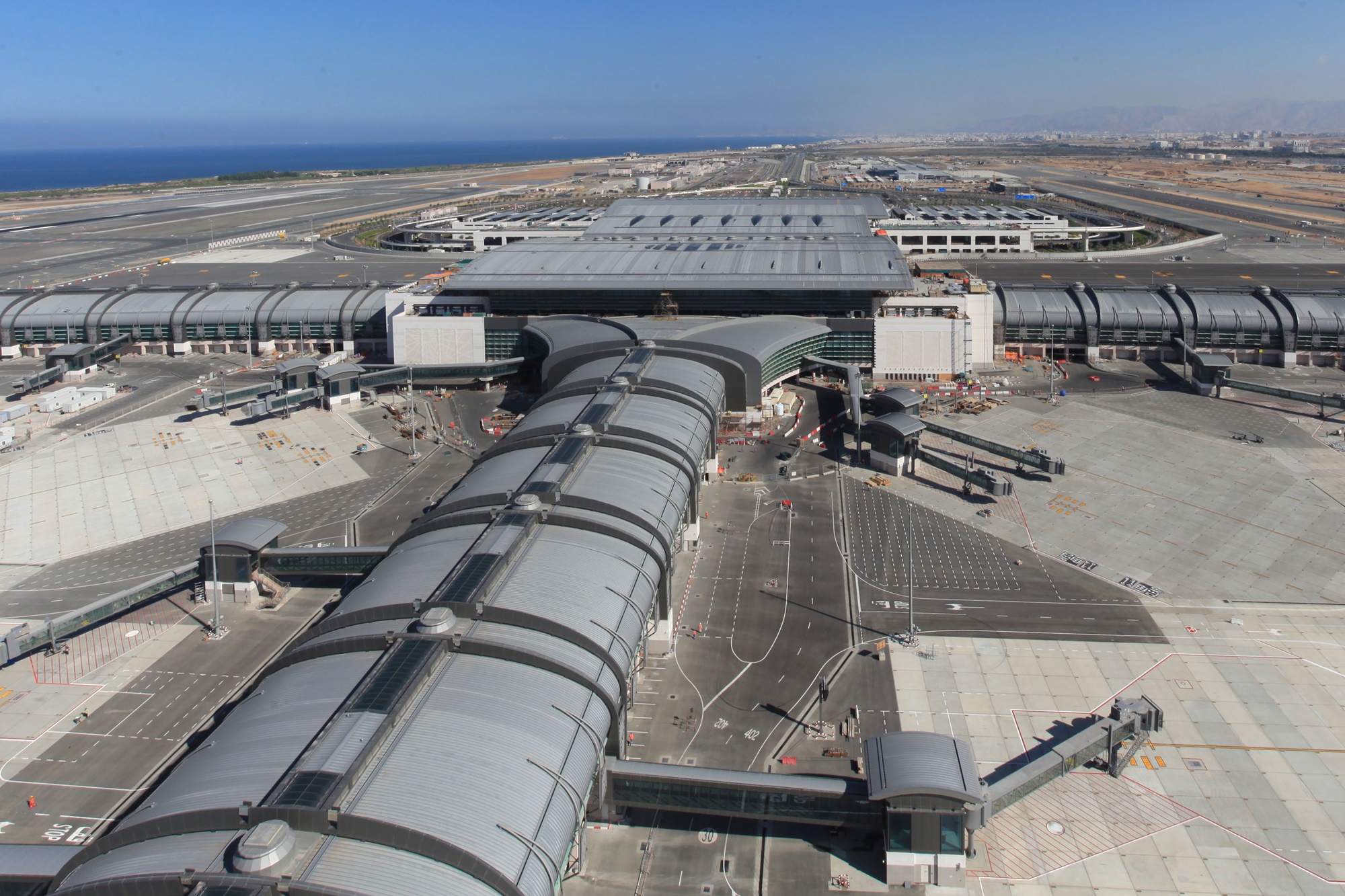 Situated on the southeastern corner of the gulf peninsula, Oman is a coastal country, known for being a former maritime superpower and the first country to gain independence in the Arab World. Away from the sea, the country has developed a practical aviation network, with two airlines and 23 airports, four of which have international certification.

It’s newer Terminal 1 was inaugurated in 2018; covering a total area of 580km2 it expanded Muscat International’s operational capacity to 20 million passengers a year at the end of its first phase, with the remaining two phases set to give it a total capacity of 48 million flyers per year. Meanwhile the airport’s older facility - Terminal 2 has ceased operations although foundations are being set to make it Oman’s budget flyer terminal.

Oman’s second most active airport, Salalah International, is found on the southern coast in the Dhofar Governorate. It is close to the urban landscape situated only 5.5km from the Salalah city center.

Historically the airport had been established and used by the British Royal Air Force since 1935. Upon the departure of British forces in 1977, it was transferred to civilian use offering flights to Muscat. It continued seeing light domestic and regional charter traffic, primarily from Oman Air Services until receiving its international certification in 2004. Soon the airport began seeing direct flights connecting to destinations in India and the UAE.

As Salalah’s touristic popularity grew stemming from its attractive beaches and cooler climate, Omani authorities planned several improvements to the airport including adding a new terminal to increase capacity and upgrade facilities. With the first phase having been completed in 2014, it covers a floor area of 65,638m2 with seven boarding bridges, 25 check-in counters and improved duty-free and dining zones. Furthermore the airport’s single 3,997m asphalt runway was reinforced making it capable of accommodating long-haul aircraft.

Many airlines regularly seen at Salalah International include flydubai, Pakistan International Airlines, Qatar Airways and Air India Express. In addition other airlines provide seasonal services to the airport such as Smartwings, flynas and Nordwind Airlines.

Found in the Al Batinah region of Oman, Suhar International serves the coastal city of Suhar. It is a primary entry point for the northern side of the country, with the government classifying it as an emergency alternative to Muscat International for both passenger and cargo flights arriving in the country.

Located 13km from the Suhar city center, the airport was constructed to complement the established economic center of Suhar. Together with the seaport and a major highway and railway network, Omani authorities hope to fortify an industrial trade hotspot on the Al Batinah coast.

One of Oman’s youngest airports, Duqm International opened its gates in January 2019 serving the coastal city of Duqm. Its 5700m2 terminal features an operational capacity of up to 500,000 passengers per year with the government planning expansions for it to serve 2 million annual passengers.

Featuring a single 4000m asphalt runway, to date the airport only sees traffic from Oman Air to Muscat.

One of the most prominent Gulf flag carriers, Oman Air was established in 1993 with a single leased Boeing 737. Following its inaugural flight from Muscat to Salalah, initial flights connected Oman to such destinations as Kuwait City, Karachi, Sri Lanka and Colombo. By 1998 Oman Air had received its IATA membership and expanded its destinations to go so far as London and Bangkok.

As the airline continued to diversify its destination network in the 2000s, its fleet saw the addition of several aircraft including A330-200 and Embraer aircraft. In 2010 it was noted for being the first airline to give passengers full in-flight connectivity offering both on-board WiFi and OnAir Mobile services on select routes.

SalamAir is Oman's second airline and budget flyer with headquarters at Muscat International Airport. Owned by the Muscat National Development and Investment Company (ASAAS) that established the airline in 2014. To date the airline operates Airbus A320-200s leased from the South American LATAM Group.

Whilst primarily serving regional destinations such as the Saudi Arabian cities of Jeddah, Madinah and Ta'if, the airline's furthest routes go to Pakistan where it touches down at Karachi, Multan and Sialkot. Soon to add Hamad International Airport to the list, Qatar will be Salam's third country served since its inauguration in 2014.

Whilst throughout its history Oman was celebrated for its maritime importance due to its strategic geographic location at the mouth of the Gulf Sea, the country has also done well to improve its aviation facilities and present a moderate network that lags slightly behind some of its regional counterparts, notably the UAE and Qatar.

That said, its flag carrier airline is one of the oldest and most established in the region and the addition of Salam Air has enhanced the country’s market penetration in the Gulf airspace. With the government’s constant development initiatives, it may soon be the case that Oman will harness its full potential and establish itself as a powerful contender in Middle Eastern aviation.