Flight Through Tropical Skies: The Aviation Landscape of Cape Verde 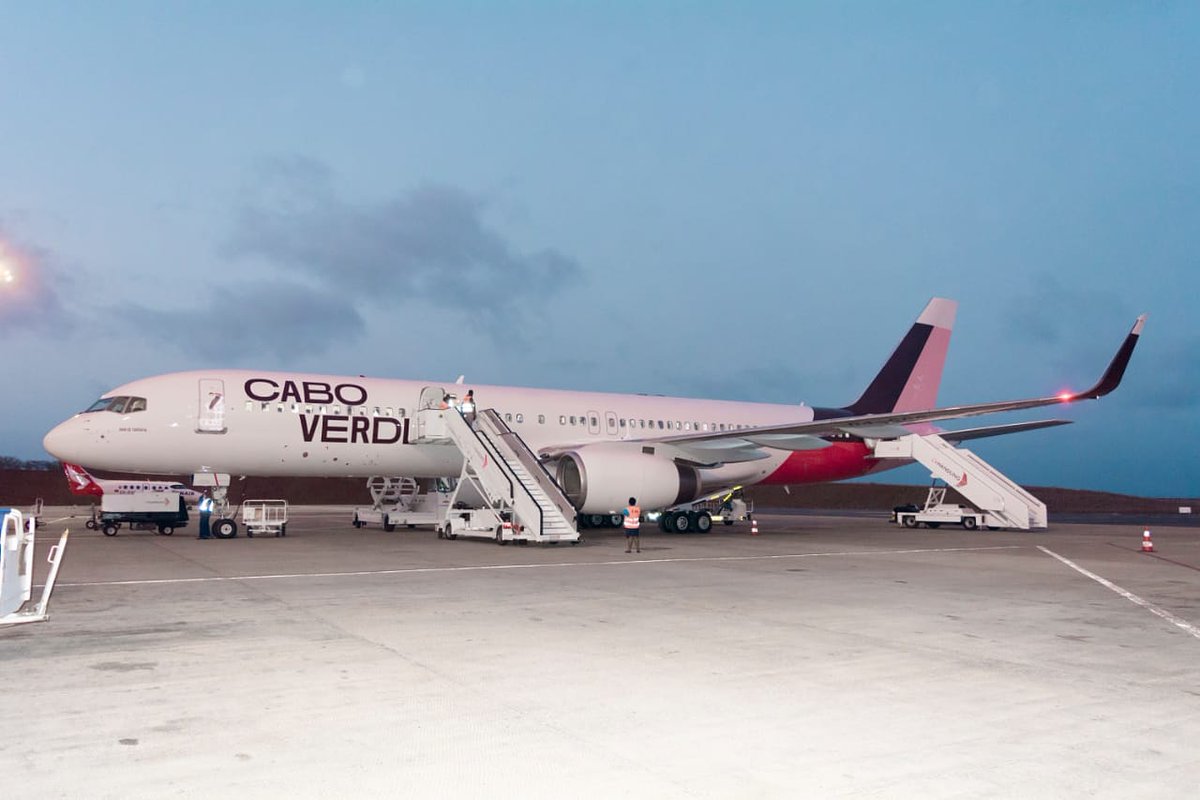 Cape Verde is a volcanic archipelago consisting of ten islands found off the northwest coast of Africa. Given the complex nature of archipelago life, aviation is a key element for fostering the economy and facilitating effective transport between the various islands whilst avoiding the harsh ocean waves. As a result, Cape Verde has an airport on every one of its islands excluding Brava and Santo Antao. In addition to its two airlines, the country has an active aviation infrastructure that caters to residents' needs and welcomes tourists to its tropical shores.

Serving the most popular Island of Sal in the Cape Verde archipelago, Amiclar Cablar International is the country’s main international airport and sky portal. Located in the city of Esparagos, it was first constructed by Italian authorities to be used as a refuelling point for flights connecting Italy to South American destinations. Later it was purchased from the Italian government by the Portuguese colonizing authorities.

While it saw active flights between Europe and Latin America, primarily undertaken by Alitalia, by 1961 advancing jet technology, notably the use of DC-8 aircraft rendered the island stop unnecessary and international flights were put on hiatus. Several years later in 1967, the airport saw a new spark of interest when South African Airways, Cubana and Aeroflot recused the airport for refuelling and provisions.

Today Amiclar Cablar international consists of one two-storey terminal that houses the necessary check-in, arrival and departure zones along with duty-free and passenger services. With four gates, the airport relies on buses to transport passengers between airplanes and the terminal. It has the longest runway in the archipelago; measuring 3,272m it is capable of accommodating large aircraft and is used for long-haul flights, whilst the second runway at 1,500m, is more suitable for private and light and aircraft.

The airport is used primarily to feed Cape Verde’s tourism sector, seeing regular flights from such airlines as Neos, TUI fly and Azores Airlines. It also welcomes a slew of seasonal charters to cater for the annual periods of increased demand. In addition, it is also the base for the country’s two airlines, the flag carrier Cabo Verde Airlines along with Cabo Verde Express.

Also known as Praia International Airport, Cape Verde’s second most active airport is located on the southeast side of Santiago Island, 3km from the capital city of Praia. It is a relatively young airport having been inaugurated in 2005 to replace the now-defunct Francisco Mendes International Airport. In January 2012, the Cape Verde government chose to rename the airport Nelson Mandela International, in hommage to the South African leader.

The airport has a single 1,900m runway and features scheduled flights to 12 destinations in 5 countries along with providing six domestic flights between the islands. Regularly seen airlines at the airport include Royal Air Maroc, TAP Portugal, Oren Air, Air Senegal and TICV.

Found off the island of Boa Vista, Aristides Pereira International stands 5km southeast of the island’s main city of Sal Rei. It was originally a primitive airport that was given an upgrade in 2005 qualifying it for international certification.

As part of the expansion project, the airport extended its runway from 1,200 to 2,100m along with upgrading its terminal and safety facilities. Up until 2011, the airport had been called Rabil Airport but received its new name after the country’s first president Aristides Pereira.

As Cape Verde’s third busiest airport it regularly receives aircraft from such flyers as TAP Air Portugal, TICV, TUI Airways along with also receiving its share of seasonal voyages.

Taking base at Amiclar Cabral International Airport, Cabo Verde Airlines was established in 1958 expanding on the local airline Aero Club of Cabo Verde. It served solely domestic flights within the archipelago until 1984 when the airline began to see international activity in response to the growing Cape Verde diaspora in Europe. The first international flight undertaken by the flag carrier touched down in Lisbon in 1985.

Today the airline is an IATA member and continues to serve both domestic and international destinations. The continued growth of the Cape Verdean community overseas along with the growing popularity of Cape Verde as a tourist destination since the 90s has kept the airline active with a steady stream of fliers. Currently, the airline owns a total of 3 aircraft namely Boeing 737-800s.

With the goal to privatise the airline, in March of 2019, the Cape Verdean government had sold the airline to Loftleidir CV, a joint enterprise between the Icelandair subsidiary Loftleidir along with other Icelandic investors. Although at first, the outlook was promising, Cape Verdean authorities soon felt that the new administration’s governing and financial schemes would be ineffective to lead the flag carrier. Reversing the agreement, the government issued a decree expropriating Loftleidir and renationalizing the airline. In effect, the decree gave back the government the 51% stake it had sold to the Icelandic firm, for a total of 90% public ownership whilst 10% of the airline remains in the hands of airline employees and expatriates in Cape Verde.

Up until the 2020 pandemic, the airline had served several destinations such as Luanda, Paris, Rome, and Boston along with providing domestic flights. Since operations have been halted since March 2020 as a result of the covid-19 pandemic, its administration has taken this as an opportunity to revamp the airline before restarting operations.

This regional airline also has its hub in  Amiclar Cabral International Airport and provides scheduled domestic as well as charter flights. It was founded in 1998 by the French pilot and entrepreneur Jean-Christophe Bartz. Early operations were undergone with Cessna Caravan aircraft and soon the airport had added Let L-410 Turbolet aircraft.

Today the airline offers a long list of diverse aviation services from ground handling and maintenance to passenger transportation and even catering services.

A scheduled domestic and charter airline, TICV provides inter-island transport and services using a fleet of two ATR72-500 aircraft. Based in Nelson Mandela International Airport, the airline took over domestic flights replacing TACV - Cabo Verde Airlines in 2017 as the government chose the latter to focus on international endeavours.

As is the case with many island nations, aviation is essential for international access and economic productivity but at the same time comes at a great cost due to geographic and climatic challenges. Overall Cape Verde has fostered a moderate aviation landscape throughout the volcanic archipelago; with its numerous airports spread throughout the islands and flag carrier airline (albeit its current hiatus) but the country can still profit more from private airlines and increased charter activity between the islands.