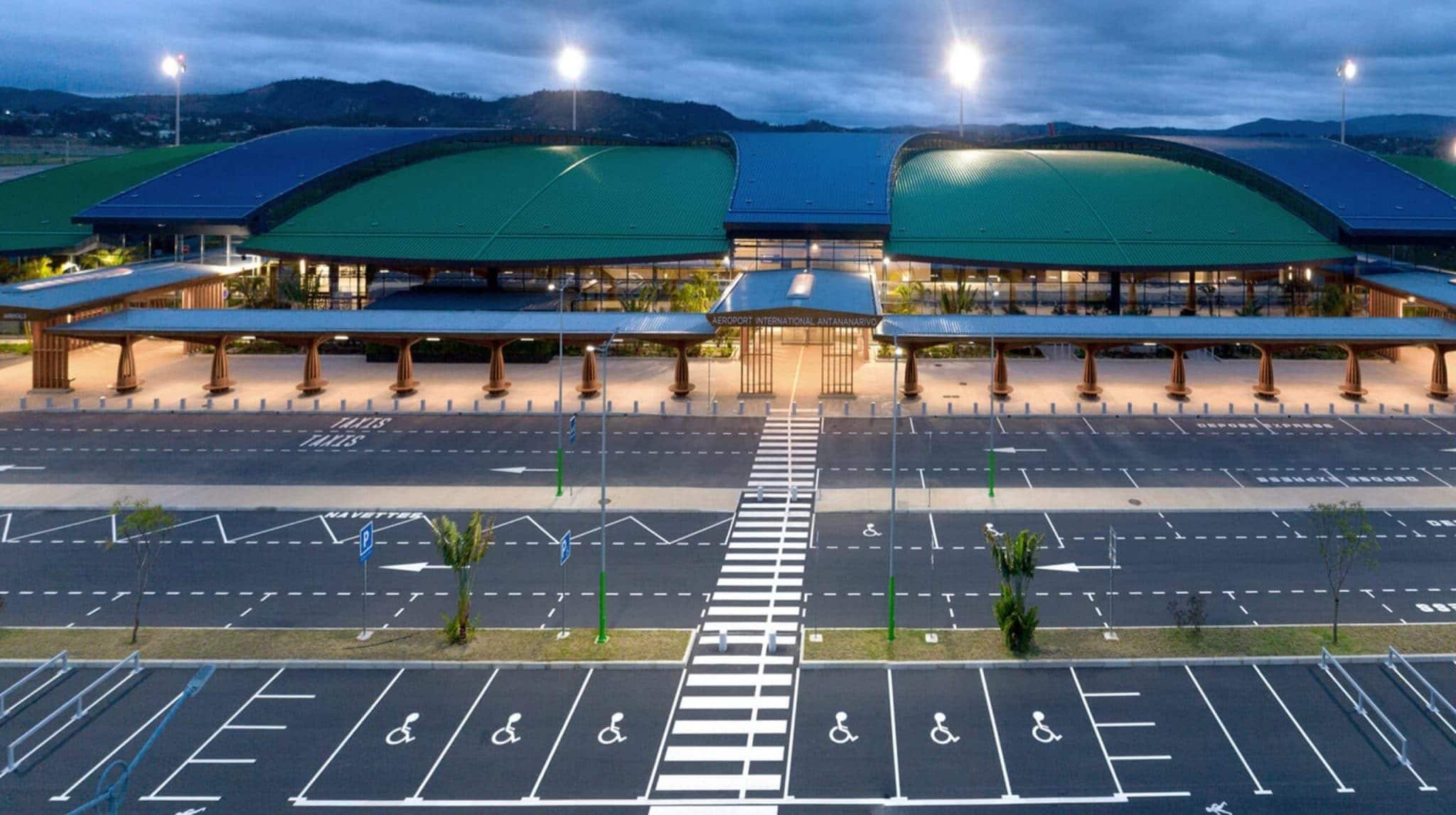 As an island country in the Indian Ocean, Madagascar sits around 400 kilometres off the coast of southeast Africa across the Mozambique Channel. It is the world’s second largest island country after Indonesia and the main island of Madagascar is the world’s fourth largest island. As a developing country the country’s main economic resource is agriculture however it is growing in popularity for possessing a variety of emerging markets including the tourism, textile and mining industries.

Given the increased importance of aviation in island territories, Madagascar features a prolific network of over 60 airports, 39 of which offer scheduled services. Meanwhile the country has three active airports that provide domestic and international travel services.

In December of 2021, a new 17,500m² was inaugurated. The project is a collaboration between Méridiam, Bouygues Bâtiments International, Colas and ADP (Aéroports de Paris) who collectively invested over $227 million for the new terminal’s construction. Its main improved features include increased check in counters solving long delays associated with the airport along with an increased capacity of 1.5 million travellers per year. Furthermore in a bid to increase international traffic to Madagascar, the airport received an upgrade to its 3,100m asphalt runway and is now capable of receiving large-haul aircraft.

Commenting on the new facility, Meridiam founder and CEO Thierry Déau said, “With this new international terminal, Madagascar will have state-of-the-art infrastructure that meets the best international airport standards. It is also a pleasant living environment, a showcase for Malagasy flora and culture. At the service of economic development, it will allow the effective recovery of the tourist activity on the island.”
‍

The second most active airport in Madagascar is Fascene International (also known as Nosy Be), found in the Diana region on Nosy Be Island, one of the most prominent tourist destinations off the northwest coast of Madagascar.

Like Ivato International, Fascene was also upgraded by the same corporate coalition to meet increasing demand. After renovation the airport is now capable of receiving larger aircraft along with handling 500,000 passengers per year.

Having visited the site President of the Malagasy Republic Hery Rajaonarimampianina commented “Any international airports are the symbol of the connection to the world. The work would reflect the modern and dynamic and friendly image of Madagascar.”
‍

Catering primarily to tourists, the airport receives traffic from flyers that include Air Austral, Air Madacascar, Airlink and Ewa Air.

While less active than the two primary airports in Madagascar, smaller facilities such as Toamasina, Amborovy, Sainte Marie and Morondava Airports are scattered around the islands and are notable for the fact that they provide regular scheduled services to more remote regions of Madagascar that serve for passenger transport and the movement of supplies.

Established in March 1947 by Transports Aériens Intercontinentaux to complement the activities of Air France, Air Madagascar began operations using Douglas DC-3s and six de Havilland D.H.89 Dragon Rapides. Upon the independence of Madagascar in 1960, Air Madagascar became the country’s government owned national flyer which continues today. The airline continued to handle domestic operations until the late 60s when it began covering further routes going to such places as South Africa and France.

Whilst it expanded to cover a diverse destination network that included flights to Singapore, Thailand, Switzerland, Italy and Germany, eventually the airline began to see a decline in performance. Consistent losses meant that the airline needed government support to continue operations. At the same time efforts to privatize the airline have failed to bear fruit.

That said, the airline continues operations covering 35 destinations that include Guangzhou, Marseille, Nairobi, Mahé and Saint Denis amongst others. Its fleet features a diverse range of airplanes including A340-300s, 737-800, ATR 72-500/600s and de Havilland Canada DHC-6 Twin Otters.

A subsidiary of Air Madagascar, Tsaradia is a domestic airline that began operations in July 2018. The airline was formed as a partnership between Air Austral And Air Madagascar.

From its hub at Ivato International Airport, Tsardia covers a domestic destination network using a fleet of turboprop aircraft that include ATR-72 500 and 600 models. Since Tsardia’s inception Air Madagascar has focused on regional and international destinations.

For an island nation of its magnitude Madagascar has fostered an effective airport network that provides sufficient scheduled domestic services along with practical international access. On the other hand whilst Air Madagascar was once one of the most far reaching African airlines, since its decline, Madagascar’s overall airline performance offers plenty of room for improvement both in the case of the flag carrier’s profitability along with private and charter airlines.