Among the misty peaks and beyond: discovering The Airlines Of Peru 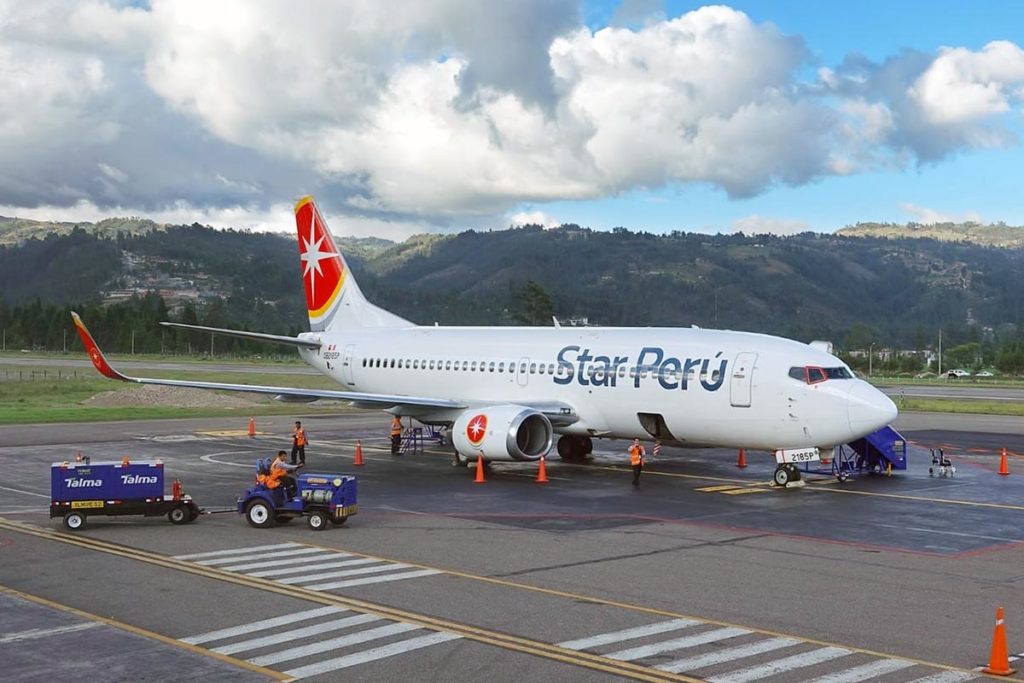 Peru is a nation known for many things, a cosmopolitan mix of cultures, a slew of ancient temples, and some of the most impressive mountain ranges in the Southern Hemisphere. It might come as a surprise to also discover that the country has an impressive domestic and international air network, with multiple airlines plying their trade among the misty peaks - and beyond.Who are these airlines and what can we learn from them?

The largest airline in Peru is a subsidiary of the continent-wide airline known as LATAM. This airline is a force to be reckoned with, controlling 28% of the domestic market and 23% of all international capacity (including foreign carriers). By the numbers it flies 18 domestic routes and to 15 international destinations.

It was originally founded in 1997 as Linea Aerea del Sur by parent airline LAN Chile. It later expanded to service cities as far away as Miami by 1999. It would go on to become a fully subsidiary of LAN by 2004 and would take on its name. The company would also recognize a lack of jetliner aviation services and would go on to provide these to other airlines (as well as its own aircraft) in 2009. In 2010, with the merger of LAN and TAM, the airline once again rebranded to LATAM in 2016.

Today LATAM Peru operates as the local arm of the bigger continent-wide LATAM group. The group is currently restructuring after suffering bankruptcy, and struggling to resume operations with only 30% of passengers it once had before COVID. This presents an opportunity gap in the market, one that other airlines in the country may be able to exploit.

It has a fleet mix consisting of several A320s family aircraft, that are exchanged with the parent airline's fleet depending on demand. Before the drop in demand, it had six A320neos and was expecting an A321neo from its parent to launch longer-range international routes.

However these destinations would not come to pass, and it would cancel its current long-range routes (like to Cancun, Mexico) until after the end of the Coronavirus crisis.

Named the fastest-growing airline in Peru in 2005, this carrier operates cargo and passenger services throughout the country. It did operate an international flight to Santiago but cancelled it during the traffic downturn. When Peru brought in strict measures to combat the spread of the Covid-19 virus at the beginning of 2021, the airline chose to suspend all operations.

‍After one month and a half on the ground, Star Perú resumed its flight operations on March 19, 2021.Because of its route network consisting of several hard-to-reach airports, the carrier has a more diverse fleet mix than others. Today, it consists of:

It was reported that the airline was phasing out its BAe 146s in favour of Dash 8 turboprop aircraft back in 2019, but according to airline fleets they are still in operation. Other sources claim the retirement is complete.

Like LATAM Peru, AerCaribe is a Colombian-based airline that operates services across the region and has a local operator in the country. It operates a fleet of four 737-400 aircraft, although it has been known to hire and operate Russian freighters for its cargo destinations.

This Peruvian airline operates both planes and helicopters for operations for the mining, oil, and gas industry. They also previously offered scheduled passenger services between the capital Lima and Jauja and Cusco with a Dash 8-400.

However, thanks to the Coronavirus crisis, the airline has grounded its commercial aircraft until a time when scheduled passenger services demand returns.

Created by Irelandia Aviation in 2016, this airline is part of the Viva Air family (with branches in Mexico and Colombia) but operates as its own airline (unlike LATAM, SKY, and AerCaribe). It is a low-cost carrier that focuses on domestic operations (with 11 destinations) and two routes to Colombia (to meet with its fellow airline there).

Its fleet is comprised of three Airbus A320 aircraft but is expecting more aircraft in the near future, after signing a deal in 2017 for fifty Airbus A350 aircraft (15 A320-200 and 35 A320neo). These aircraft will be split between Colombia operations and Peru, although the recent downturn might make the airline revise this order.

The future of airlines in Peru

Just before the global lockdown in 2020, Peru saw the collapse of Peruvian Airlines due to liquidity issues in October 2019. The airline served 11 local destinations and La Paz (Bolivia).At present, a number of established local airlines are struggling and the Peruvian market is dominated by subsidiaries of international giants (80% is controlled by LATAM and Sky Airline). Yet the government seems interested in investing in airlines. The Congress of Peru has announced its intention to create a new state-controlled low-cost carrier, partly owned by regional governments and private investors, by the name of Línea Aérea de Bandeira del Peru, or LaPerù.

Today, the airlines flying in Peru await the return of passengers after a 70% downturn, and many are surviving on a trickle of business, waiting for passenger numbers to return to normal. But when the market recovers, Peru will become a blooming flower and might even be labelled the fastest-growing aviation market in the world. A tantalizing opportunity that should not be missed.