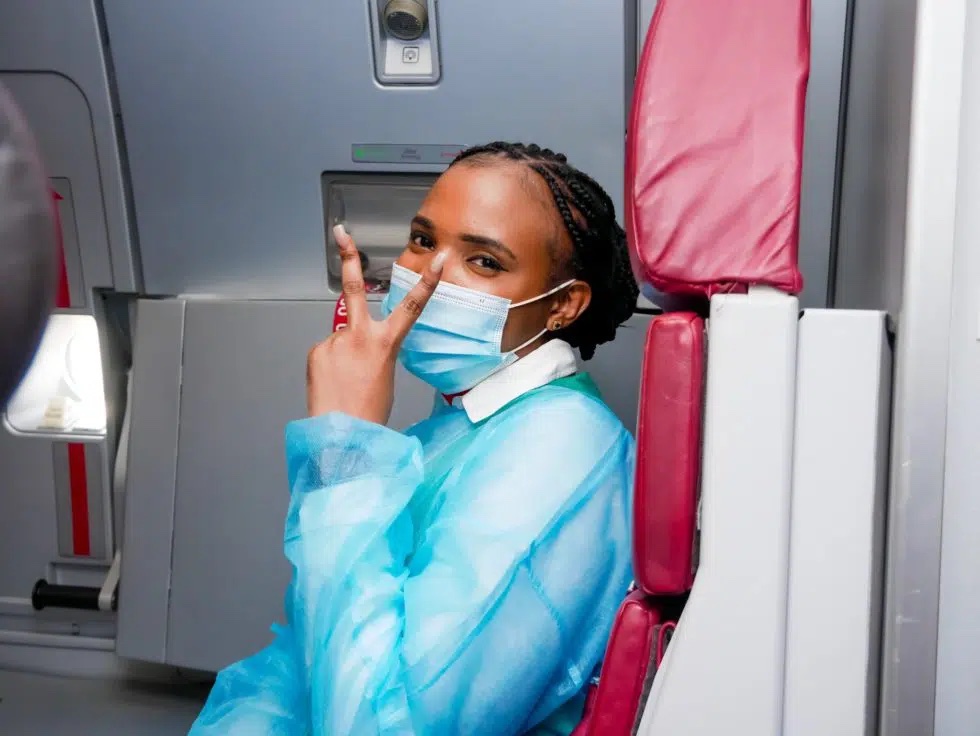 It goes without saying that Covid-19 has had a heavy toll on the world economy and aviation has been one of the hardest-hit industries. Reporting on the 2020 global aviation performance, IATA observed a 94.3% drop in passenger numbers with revenue loss estimated at a staggering $419 billion. While the pandemic is slowly coming to an end thanks to vaccination schemes, and the prevalence of herd immunity, combined with high-season demand, global airlines are looking to make a gradual recovery from the pandemic toll.

In the case of the African aviation industry, the continent already had a strained, albeit promising aviation industry before the pandemic; with Nigeria for instance pushing the boundaries in terms of airline numbers and new airports, along with rising African flyers such as RwandAir appearing alongside expanding flyers including Ethiopian Airlines and Egypt Air. That said, the continent still had challenges to overcome due to the general lack of resources, weak MRO capabilities along with ageing aircraft fleets.

When hit by the pandemic, Africa alone lost $10.21 billion, a drastic but bearable loss compared with the $110 billion lost by American Airlines, Delta Air Lines, Lufthansa Group, United Airlines, IAG, and Air France-KLM collectively. This dramatic difference can be attributed to the fact that African aviation was already operating on a lower scale than the world’s top airlines along with the fact that Africa was hit by the virus later and less severely than in other regions.

At the same time statistics have shown that Africa is the region experiencing the highest decrease in passenger demand, raising concerns that regional recovery may not return to pre-pandemic levels. This would be a severe blow to the continent since a powerful aviation network is needed to maintain the continent’s development momentum. Furthermore, a drop in air connections would be difficult to replace with other means of transport, especially to remote and hard to access regions. It is also worth noting that the continent generates significant revenues through tourism which would come to see a drastic loss with weakened aviation facilities.

It could take up to two years for African aviation to return to the performance levels observed in 2019. Since the majority of African countries do not have the luxury of government bailouts, several proposals have been made to keep the industry alive and put it on the path to recovery.

“The world is experiencing the adverse impact of the Coronavirus pandemic and the aviation industry is amongst the worst impacted. The African Airlines Association is in solidarity with the rest of the world in collaborative efforts to support the airline industry during these difficult times"

The African Airlines Association (AFRAA) has created an outline plan to assist airlines in their return to normal operations. It details the various roles that individuals and organizations play in the recovery effort; from clients all the way up to aviation authorities and governments, each group has been assigned certain tasks to increase overall efficiency and make strategic choices that in combination, should put African airlines on the way to recovery.

From governments, for example, the AFRAA has proposed they affect tax reliefs to give airlines more spending power which can then be used to perform such things as outstanding maintenance during the recession or update management systems and apply digitalization. Other topics discussed in the plan include fleet and network management, finance optimization along with fuel consumption and efficiency protocols.

Alongside the release of this plan, the AFRAA together with the United Nations Commission for Africa (UNECA) is conducting research to assess the impact of the pandemic on African airlines, intending to use the results to bid for governmental financial support for airlines.

On the other hand, several new opportunities presented themselves during the pandemic. When Air Namibia for instance, ceased operations in February 2021, Ethiopian Airlines was quick to expand its outreach and schedule flights to Windhoek. Not alone, the Ethiopians were soon joined by the South African airline Airlink that took over routes dropped by Air Namibia. Also from South Africa, the budget airline LIFT started its operations in December 2020, amidst the country’s second Covid-19 wave.

"This shows that despite the pandemic and its economic impact, there is still some confidence among some investors, but there is little that the airlines can do; everyone will have to make drastic changes in the near future"

Meanwhile, Kenya Airways, while benefiting from $65 million in governmental funds, have chosen to diversify their operations with a focus on freight transport and drone applications and so spreading their revenue streams away from scheduled flights alone.

Hope on the Horizon

Coming out of the pandemic it is essential that Africa hastily rehabilitate from the aviation recession, and get back on track to its pre-pandemic development schemes. Air transport is vital to continuing economic and social expansion within the region, along with maintaining the tourism sector that generates millions. Following the AFRAA’s recovery plan along with seizing small opportunities, the continent is on track to make a return and perhaps even reach its full aviation potential in the near future.