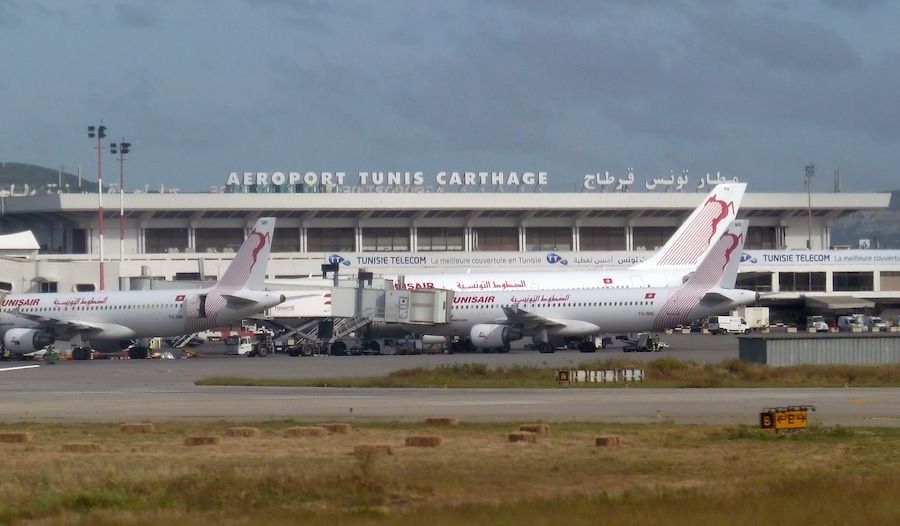 Tunisia is not currently part of the European sphere of aviation, with carriers hailing from the north having to apply for international permission to cross its border. But that could all change in the future with the country making great haste to sign and agree to the European open skies agreement and thus allow the great European powers to conquer the northern coast of Africa yet again.

‍“This far-reaching aviation agreement will improve market access and contribute to the highest safety, security, and environmental standards,” said EU Transport Commissioner Violeta Bulc in December, when the agreement was signed.“This is great news for tourism, passengers, and businesses.”

‍While it would be a boon for tourism in the country and airports would certainly find themselves flush with business, local airlines are looking on worried, fearing that their reign of unchecked access to the domestic market is coming to an end. Should Tunisia open its borders to the world? This question is wrapped up in the airport landscape, to answer one, we must also examine the other.

What is the Main Airport in Tunisia?

Tunis–Carthage International Airport is the main international airport of the country, serving the capital city of Tunis and has the namesake of the ancient city of Carthage (which once rivaled the Roman empire). It is the home hub airport to several of the airlines in our previous article and has two runways (although only one of them is longer than 3,000 meters for larger widebody aircraft). The airport was originally built by France after the second world war, an improvement over the US military airfield that was located on the same site previously. The airport has since expanded with three terminals, with the third opening for charter flights in 2005 (including tourism charter flights), and has grown to accommodate over five million passengers a year before this year.

During the Coronavirus crisis in 2020, the airport became the main focal point for the government's battle against the virus, shutting down from March until June, with only a few citizen repatriation flights arriving. However, such a tourism-driven country can't ignore the world even in a crisis and has since opened up the airport to 60 flights a day, from areas of the world with less Covid-19 cases. Tunisia has implemented a traffic light system, with arrivals segregated to three levels of color depending on how many Covid-19 cases there are from their home country. "Green" applies to areas with few cases, and these arrivals are allowed free access to the country. Anyone wishing to enter Tunisia from countries classified as "Yellow" must present on board a negative PCR test for COVID-19 before the trip. And those in "Red" countries can't enter the country unless they are citizens. And even then, they need to isolate for 14 days.

‍"These measures include the obligation to place all members of the same family coming from countries not classified on the 'green' or 'orange' list, including children under 12, in mandatory isolation,"said a statement released by the government.

Other Major Airports in Tunisia

Tunis–Carthage isn't the only major airport in the country, several other airstrips can give the capital a run for its money.

Djerba–Zarzis International Airport, located on the island of Djerba, is a major tourism airport and one of the must-visit destinations in the Mediterranean. However, because the tourism market is seasonal, this airport sees very little traffic outside of the busy European summer. Nouvelair and Tunisair both operate hubs at this airport throughout Tunisia and to Europe year-round, giving them almost exclusive access to the airports' single runway outside of the summer months.

Enfidha–Hammamet International Airport is one of the newest airports in the country, located to the north of Djerba and for the resorts located on the coastline. It doesn't have much activity at all outside of the summer season (and is effectively shut down during the covid crisis) and operates many charter flights (even from local carriers).

Monastir Habib Bourguiba International Airport is another airport much like Enfidha, plying the coastal tourism trade, but it also has a double purpose of serving the Monastir and Sousse areas in Tunisia. Unlike other airports in the country, this airport is not operated by the Office of Civil Aviation and Airports (OACA) but is run by the Turkish consortium TAV Airports Holding for a period of 40 years. In 2007 it was the busiest airport in the country, even more so than Tunis, and carried well over four million passengers thanks to its busy summer months.

Three other notable airports include:

Is the Open Skies Agreement A Good Solution for Tunisia?

With so many airports that are reliant on the tourism business, it is an obvious solution that opening up the countries' airports will ease the arrival of foreign aircraft. But not all parties are happy with that decision.

‍“The agreement is a catastrophe. Tunisair is not ready yet for competition. “We are ready for everything and we may go on a national strike at all Tunisian airports.”

‍Airlines in Tunisia need to fight for every bit of business from the northern continent, but at the same time are protected from the likes of Ryanair and EasyJet from poaching their lucrative tourism markets - although what is good for the airlines isn't good for the country as a whole.

‍“My belief is that Tunisair cannot accept to integrate into a competitive world with tools far inferior to those of powerful competing companies that have huge opportunities,” said Tunisair CEO Ilyes Mnakbi to Arab Weekly.

‍If foreign carriers are allowed into the country by signing the EU open skies agreement, it will mean that smaller airports will suddenly see an influx of charter carriers and low-cost operations. These low-cost operators will dramatically cut into the flag carrier airlines, but it will also mean more tourists that discover the wonderful desert oasis - especially to many of the airports featured above that have lost favor in recent years.

Domestic airlines need to decide if they can put up with pain in the short term (an especially hard thing to ask in recent times) for a longer, more successful future. And who's to say that these airlines can't simply cross the pond and take some market share from the rivals they fear so much. Especially if local carriers can upgrade through the agreement.

‍"We do not fear the ‘open skies’ too much if the European Union agrees to upgrade us, as it did in 1995, for the Tunisian manufacturing industries at the conclusion of the Free Trade Agreement for manufactured products,” Mnakbi concluded.

So far the agreement is still being ratified in both the EU and Tunisia, but sources close to the matter have said that once Tunisia signs the dotted line, the agreement will go into effect and change the future of Tusinia aviation forever.