Tools of the Trade: Africa’s Most Common Passenger Aircraft 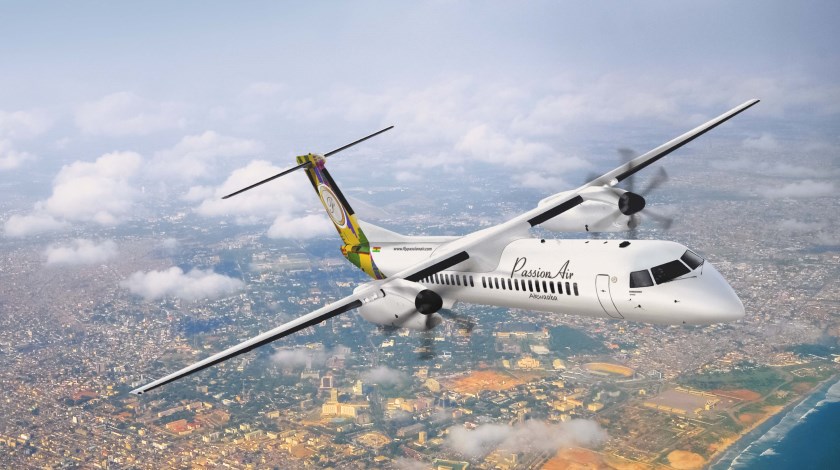 Here is our first installment in a new series of articles focusing on the most common aircraft used in emerging markets. Here we look at the list of the top five aircraft used around Africa.

The Boeing 737 is the most popular passenger aircraft in the world and to date, the 800 model is also the most popular plane in Africa. First released in 1998, its design was inspired by the 400 model and was conceived by Boeing to replace the 727 for shorter flights. In essence, it is a stretched 737-700 with an increased capacity; counting 526 seats, the 800 sports 162 first class, 175 business class and 189 economy seats.

In terms of design, the plane was initially conceived to feature podded engines and a T-tail similar to the 727 model. Looking to improve on its predecessor, however, Boeing engineers tweaked the 737 to reduce weight putting the engines underneath the wings allowing for a wider fuselage and six-abreast seating.

The plane continues to be produced from Boeing’s Renton plant in Washington since the 90s. Whilst in the past Boeing created 80% of all the planes components including wings, fuselage and tail assemblies, today Boeing chooses to outsource many of their planes’ components.

The Bombardier Q400 is one of the fastest and most fuel-efficient turboprop airplanes in existence. Designed for use in colder temperatures and specifically for short routes, the Q400 has found itself a place in Africa away from the snowy ridges of Alaska, one of the places where it is commonly seen. Another notable feature of the Q400 is its inbuilt noise cancellation system; using strategic vibrations, the plane is able to significantly reduce the noise generated by its propellors giving passengers a more pleasant experience than the average turboprop aircraft.

The plane first arrived in Africa in 2018 when the Ghanaian airline PassionAir dry leased three of them for commercial use. It was at this time that Bombardier came to realise the Q400s significant potential in emerging markets and thus their growing popularity in Africa.

“Our market penetration in Africa continues to intensify, and we are pleased to welcome Passion Air as the first commercial airline operating a Bombardier regional aircraft in the Republic of Ghana. Africa is the youngest and fastest-growing region in the world, and regional aircraft like the Q400 will play a key role in helping advancing Africa’s economic growth” says Jean-Paul Boutibou – Vice President of Sales Middle East & Africa – Bombardier Commercial Aircraft

The Q400 has a capacity of 76 passengers in a single economy class cabin with extra space for two cabin crew along with two pilots in the cockpit Given that the Q400 is twice as powerful as regular turboprops thanks to its advanced engines and six-blade Dowty propellers, the airplanes are fuel-efficient and well suited to making daily multiple trips.

This model of Airbus aircraft has been in production since 1988 and came as an improvement over the 100 model of which only 21 were produced. The main distinguishing feature between the 100 and 200 models was the latter’s increased fuel tank capacity allowing for longer journeys along with wingtip fences. A powerful feature of the A320 model planes is their integration of a double bogie landing gear systems which accommodate for poor runway conditions, a great asset for pilot’s landing in poorly equipped airports.

The 320-200 model is also well known for its fuel efficiency, with a sleek design that features a lightweight body comprised of composite material along with aluminium. Furthermore, it utilises long thin wings that improve its aerodynamic performance and further improve efficiency. Other features on these planes that contribute to passenger comfort is improved noise reduction along with an integrated catalytic converter in the cabin’s ventilation that eliminates all unpleasant odours throughout flights.

The second Boeing aircraft to make the list, the 787 has been hailed for its advancements in fuel efficiency primarily due to the use of carbon fibre composite materials over traditional aluminium. This was enhanced with the addition of two new engine types, the General Electric GEnx and the Rolls-Royce Trent 1000. The combination leads to the 787 being 20% more fuel-efficient than the similarly sized 767 model. This makes the plane a viable asset in emerging countries where a lack of profitability and budget restraints are regular concerns.

The composite material, which is stronger than aluminium has also allowed the plane to have several uncommon features; the windows are larger and made of an electrostatic glass that is darkened & lightened by passing an electric current. Furthermore, the material’s resistance to corrosion means that passengers can profit from increased ventilation and higher humidity levels leading to more in-flight comfort, particularly when it comes to longer journeys.

Designed as an improvement over the ATR 42, the 72-500 was conceived by ATR to fulfil the need of a larger aircraft with increased capacity. This was achieved by stretching the fuselage, increasing the wingspan, and integrating more powerful engines along with extra fuel capacity to provide a plane that is superior to the 42 model.

Whilst the 72-500 has found use in several applications from military to cargo transport, it features several perks that enhance passenger experience when used commercially. Using absorbent materials and panels noise attenuation is accounted for, which is particularly important in turboprop aircraft. Furthermore, spacious overhead bins allow for the storage of carry-on luggage up to 2m long, a rare feat in similar aircraft. For increased safety, the 72-500 also features an integrated handrail that assists passengers and crew when walking through the cabin.

One of the most useful features of this model in emerging markets is its ability to take off and land on short runways; whilst take-off requires 1,165m, an average distance for a plane of its size, landing needs only 964m making it capable of landing in small and remote airstrips.