The Race To Be Ghana's Number One Airline 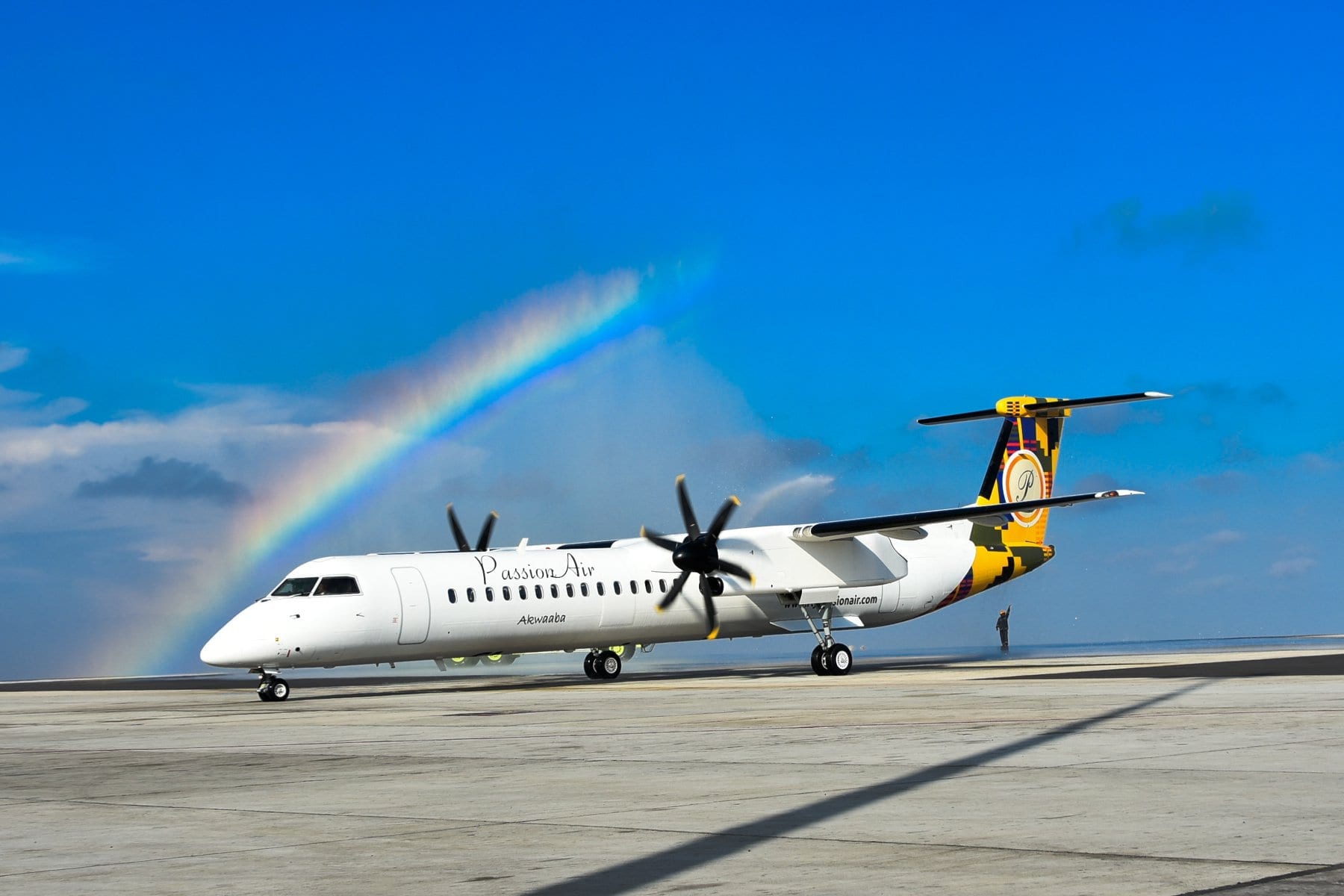 In our last article about Ghana, we showcased how government investment and liberalization of the aviation center, was putting the country on the world map and may even lead to it being the next big hub of Africa. However, what the article didn't cover was the rapid arrival of new and invested historic carriers claiming the top spot in the West African airspace. Which airlines are notable in the region, and what future developments can we look forward to?

Who Currently Flys in Ghana?

We will begin this report with a look at the current operating carriers inside Ghana airspace. According to CH-Aviation's database, three major airlines are operating scheduled services:

In terms of international carriers, Ghana is catered to by a range of 28 international airlines from West Africa, Europe, and the Middle East. Nearly every destination is catered to, apart from flights to South America and, surprisingly, Asia. Thus there is a market for some new airlines (see below) to fill in this market gap. There is also a lack of airlines flying regular services to the growing Central Africa region.

The country is well connected to the Middle East, with Emirates and Qatar both offering flights to the region, and fifth-freedom onward flights to other areas in West Africa. Back in 2018, Abkar Al-Baker, the Group Chief Executive Officer of the Airline, confirmed the airline's plans to GNA in Doha that: "We have already gone far with talks with the aviation authorities in Ghana and will be flying to that country by the middle of 2019".

African World Airlines is the defacto carrier of Ghana since the state carrier, Ghana Airways, went defunct in 2014. Comprising of a fleet eight Embraer ERJ-145, the airline operates domestic routes around the country. It did operate several international services to neighboring West African nations such as Cote D'Ivoire, Nigeria, Liberia, and Sierra Leone, alas these routes have been suspended due to the current crisis engulfing the country. It is unknown when they will reopen for scheduled operations, but the airline has been used for charter flights to bring nationals home.

The carrier has looked at expanding with additional aircraft, such as widebody Boeing 767s for long-haul international routes or standard 100-seater airliners like the Boeing 737 and Airbus A320s. However, the former was found to be too large for the current market demand and the latter has suffered several setbacks such as a market collapse after the Ebola outbreak in 2015, and the Boeing 737 MAX crisis that rapidly increased the price of used models on the market.

"While we would love to have much newer and more fuel-efficient aircraft, the simple problem you have for West African airlines is the ownership costs for new airframes are too high for them to be operated profitably. You have to be able to squeeze 14/15 hours per day out of these aircraft to be able to compete at the price points you need to. But when you are handicapped by airport infrastructure that does not support night operations, you cannot get the utility out of that aircraft to justify its cost," said AWA's Chief Operations Officer (COO), Sean Mendis, to Ch-Aviation.

Since the current Covid-19 pandemic, the airline has decided to follow a partnership approach and work with other airlines in the region to develop a bigger (code-shared) route network.

Regarding the other carriers, Passion Air has a small fleet of four turboprop aircraft (Bombardier Dash 8 Q400), useful to fly its only three routes, from Accra to Tamale and Kasumi. However, these aircraft can be used on charter routes to the many undescribed runways throughout the vast country. The other carrier, Unity Air, only operates to Kasumi with a single Embraer E120 Brasilia. It has looked at acquiring three ATR 72 turboprops; however these plans are on ice during for now.

The state is also experiencing a surprising boom of new start-up operators entering the market. According to the Director of the Ghanaian Civil Aviation Authority (GCAA), Simon Allotey, there were likely to be four additional airlines operating in the country by the end of 2019.

‍"We are likely to get about four more operators coming on stream by the end of the current year, and the implication is we will have a very fierce competitive environment," he said to Ch-Aviation. "You take the domestic scene, for example, all the three operators are just doing Accra-Kumasi, Accra-Tamale and there are routes like Tamale-Wa, Tamale-Kumasi which are untapped, nobody operates there, so it could be possible to create synergy by one airline deciding to operate from Wa to Tamale to provide that missing link in service."

‍Back in 2019, it was reported that carriers had applied for airline certificates:

So far, none have acquired the required documents and begun operations, but some have ambitious ideas and want to carry the flame of Ghana aviation.

The Next Flag Carrier Airline

As mentioned when discussing African World Airlines, the country used to have a home carrier called Ghana Airways. This carrier not only serviced the domestic routes of the country but additionally flew long-haul international flights with Airbus A330s. The history of its demise is turbulent and fraught with corruption (and best saved for a case study analysis); however, it has left a gap in the local long-haul market.

The local government of Ghana has attempted to partner with African powerhouse airlines Ethiopian Airlines to launch a new state carrier, based in Kotoka. So far, plans involve operating turboprops to domestic destinations, but Boeing widebodies are in the pipeline to bring the world to Kotoka. Ethiopian Airlines beat out Turkish Airlines and local Air Mauritius but stalled after the current Coronavirus pandemic hampered international trade. Since then, the government has been looking to form a suitable partnership with local firms - including domestic carriers.

"This will be a privately-run entity. The majority of the shares of the airline will be Ghanaian-owned. We have encouraged them [investors] to explore a partnership with existing domestic airlines."

It remains to be seen how Ghana's airline market place will change in the coming months, but from what we have seen so far, it is one of the most dynamic in the region!

If you are an airline or aviation firm looking to invest or break into Ghana, then speak to Eways Aviation today. As the international experts of all things aviation in Africa and beyond, let us be your guiding light to illuminate new opportunities.