The Future of Brazil's Aviation in a Post-Covid World 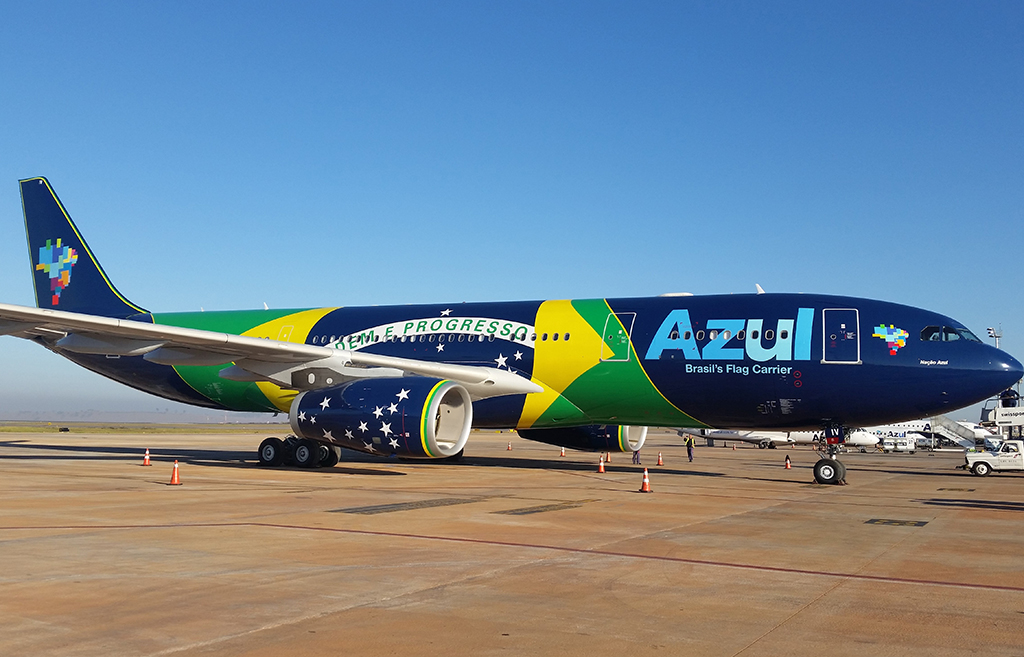 The biggest country of South America, Brazil, has the most to gain from a return to service. With an aviation friendly government in power, the local Brazil market is set to recover quickest on the continent. Should it expect 2021 to be its year?

Brazil, while not only the most populated country in South America, has a robust aviation sector as well. It has its home airframe builder (Embraer, which is well-known and sells aircraft around the world), an industry worth $18.8 billion in 2019, supporting 839,000 jobs in related sectors and contributes to 1.1% of the countries GDP. As a popular tourist destination, Brazil sees $5.8 billion spent by tourists in their country each year, with top arrivals from Argentia, USA, Chile, Paraguay, and Uruguay. The market is connected internationally to former mother-country Portugal and the United Kingdom, with Europe after South America as the largest region of travelers.

Plus, thanks to some government reforms and a friendly government, the airline industry has been able to add 600 new flights, this is an increase of 35% in 10 years. One of the most significant policies has been the government's new air transport service agreements with neighboring countries. This allows airlines to charge extra for checked luggage, unbundle services, and enable low-cost travel domestically and internationally (as the most significant arrivals are nearby nations, sans the USA, opening up the country to low-cost travel has rapidly expedited growth). Other overhauls include scrapping aviation fuel taxes implemented by individual states across the country. Lastly, the government has also supported a new airport policy to open new facilities or to renovate existing bases (such as Florianopolis, Porto Alegre, Salvador, and Fortaleza).

"We have been through a true revitalization in airport infrastructure. We believe that the Brazilian infrastructure is no longer a bottleneck to the industry"

Who are the Most Prominent Players?

When it comes to the thirteen registered airlines that operate in Brazil, you can't look past flag carriers LATAM, Azul, and GOL.

There are a few other carriers in the region, such as cargo operators and other regional airlines (some owned by the big three).

LATAM unfortunately, succumbed to bankruptcy during the coronavirus in May 2020. It has since requested bankruptcy protection and is operating until it can formally restructure. If LATAM is unable to rise back into the spotlight, the Brazilian market will dramatically shift. We will have to wait and see.

"Latam entered the COVID-19 pandemic as a healthy and profitable airline group, yet exceptional circumstances have led to a collapse in global demand [that] has not only brought aviation to a virtual standstill, but it has also changed the industry for the foreseeable future"

Azul has survived better than LATAM, able to defer its aircraft orders, and expects to operate half of its fleet by the end of 2020.

"We are glad to see that passenger demand is returning, which is already allowing us to be at 45% of last year's capacity"

The carrier has also moved forward to debut its new regional airline, AzulConceta, which will fly to 36 destinations and operate as a feeder airline for the primary carrier.

According to a report last year, GOL has forecast that its domestic capacity would increase by 2% to 4% in 2019. This was a conservative estimation in line with the other carriers, but alas, this victory has been short-lived. The airline is currently battling market forces to gather enough money to repay its shareholders.

From a company said in a statement to Reuters

Brazil also has a healthy private aviation industry. While many private jets are made in Brazil (Embraer business jets), many customers are located here as well. Brazil has the second-largest fleet of business aircraft in the world following the United States. With almost 2,000 executive turboprops and jets, the sector connects approximately 1,225 municipalities across the country, versus just 105 airports connected through scheduled operations.

In detail, 61% of these private aircraft are turboprops, which happens to be the highest ratio in the world. The aircraft type is perfect for Brazil's smaller runways and regional airports. Additionally, most of the private travel in Brazil takes place around 300 miles of Sao Paulo (99% of all private travel is domestic in the country), from businesses in the cities downtown to close-by island beach resorts. Not bad for a billionaire life. Three major companies are leasing out most of the private aircraft to private charter firms, and a few upstart companies offering cheaper alternatives as they try to break into the industry.

However, the private industry has slumped in recent years, falling from 300 registered companies to only 115 charter operators. This has been due to an amalgamation of the industry (with firms buying up other firms) and the decline of 'black' charter firms - companies that don't exist except on paper to protect the investors of the aircraft. Many believe that the industry may bounce back, with the rise of the coronavirus has made these billionaires more health conscious and desire to fly private has dramatically increased.

"Traditionally reserved for the wealthy, private aviation is gradually entering the travel mainstream. Taking into account data from Serasa and Facebook, there are at least 300,000s potential clients for charter services in Brazil and more than 2 million future pay-per-seat users."

Government Support During the Coronavirus Pandemic

Some of the steps that the government has taken include:

"Aviation is going through an unprecedented crisis. The predicted losses in revenue for the industry have been calculated at around US$113 billion. Airlines across the globe are being forced to slash capacity and are taking other emergency measures to reduce costs while doing their best to maintain the vital task of linking the world's economies. We would like to extend our thanks to the Brazilian government for having considered our industry in the overall relief measures announced"

Besides, the Brazilian Civil Aviation Authority (ANAC) has suspended the rule that airlines have to use 80% of airport slots to retain them until the end of October 2020.

"Once the COVID-19 outbreak is under control, the global economy will need to rebuild rapidly. Air connectivity will be essential for that to happen. But without help now, airlines will be in no fit state to restart operations. Many airlines may not exist at all. Assistance now will keep essential cargo services going, preserve as many jobs as possible, and ensure that supply chains and tourism can recover quickly"

Eways Aviation is your partner for all things aviation in Brazil and the world. Let our experts guide you in MRO, AOG, and other operations throughout the aviation world and help your customers get from A to B.