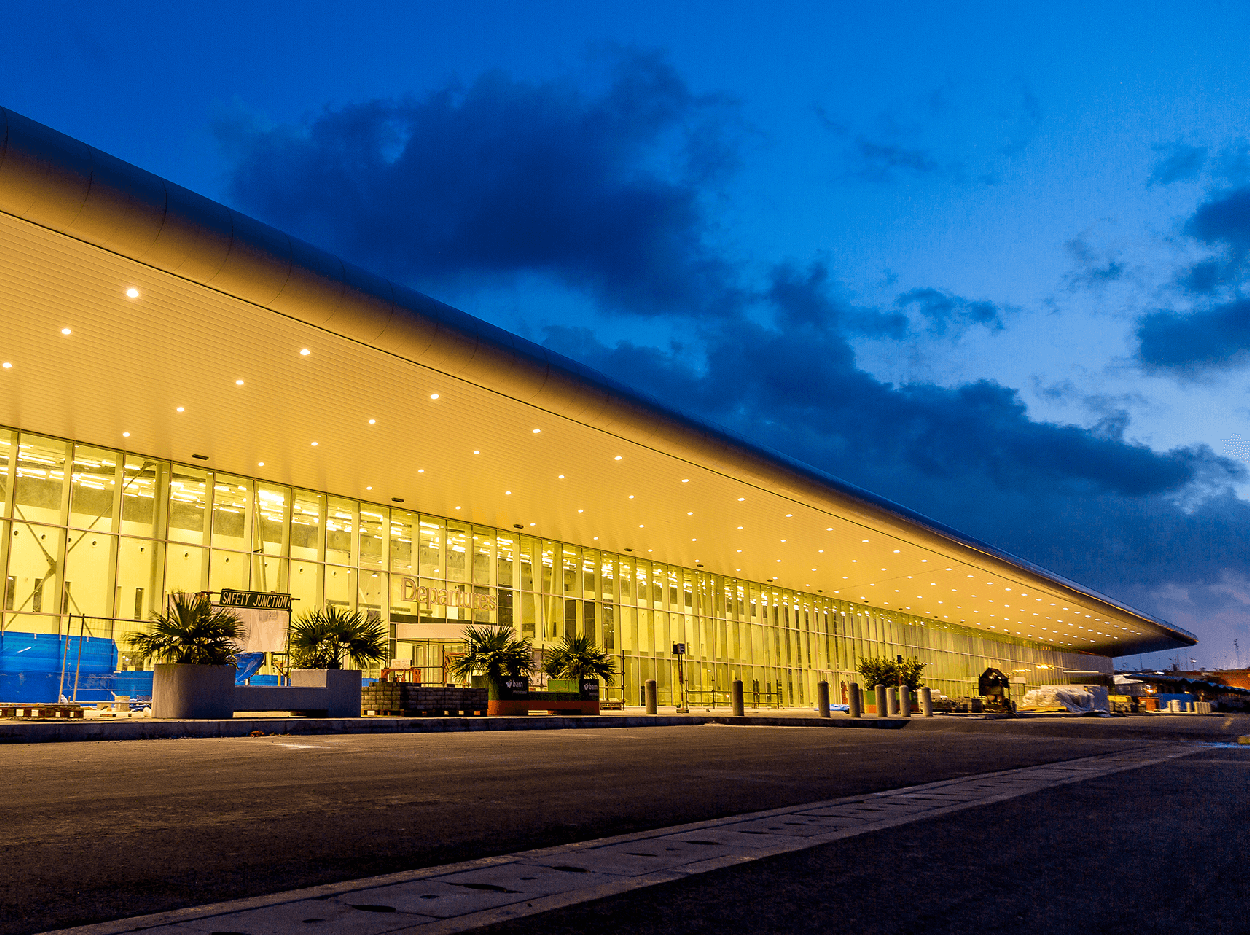 In our last article, we discussed Tanzania's airline landscape and how regional travel makes up the bulk of the local market. But which airports are all these airlines flying to? In this article, we will dive into this country's airport landscape and what opportunities exist for aviation firms.

The mainland of Tanzania (excluding the island of Zanzibar and others off the coast) has 27 airports. The Tanzania Airports Authority (TAA) operates all of the airports except for Kilimanjaro International, which is managed by the state-owned Kilimanjaro Airport Development Company (KADCO). Three of the country's airports are considered major international airports, and are the focus of this article.

The largest city in Tanzania has one of the largest airports, with twenty-eight airlines operating direct services to 44 destinations. It is also the hub airport for plenty of local airlines (twenty of them) and the state flag carrier Air Tanzania. The airport has three terminals, the first catering to the lucrative private safari market, the second to the robust domestic market, and the third to international flights - this is the airport's newest terminal that opened late last year.

This terminal has already turned heads at the cost of 282 million US dollars (made possible through local funding), currently handles international flights, and is part of Dar es Salaam's bid to position itself as a regional aviation hub. It has been nominated for Africa's best airport at the 27th edition of the World Travel Awards (WTA).

Speaking to All Africa, JNIA's Director Mr. Paul Rwegasha expressed his delight over the news and Tanzania's recognition in the global awards; "Once you qualify for such awards, it gives reputation and a competitive edge,"

The airport is also a major hub of the horticulture sector (produce products), with Swissport investing heavily in cold rooms to help keep produce products fresh, and to tap into the $3 billion US a year industry by 2025. The Tanzanian government has recently repossessed eight different farm estates in the Mount Meru in Arusha Region, and is investing heavily in the sector to boost its productive output. Thousands of tonnes of fruit, vegetables, and meats that need to travel through Julius Nyerere Airport. These new cargo facilities will handle 30 tonnes of produce at a time, and thanks to high-tech scanning equipment the products can be instantly logged when they enter the site.

“This is the first facility in Africa that uses state-of-art gadgets… we have invested for the future and almost double the capacity,” Swiss-port Tanzania Plc. Chief Executive Officer, Mr. Gaudence Temu said. “According to last year statistics, 44.79 tons of vegetables, 589.13 tons of flowers, 1,331 tons of meat and 67 tons of fish were exported through the Airport,”

Next on this list is the idyllic airport destination of Zanzibar. Fifteen countries fly to Zanzibar airport with 31 carriers, the majority with tourists keen to reach the remote African beaches that are still 'undiscovered' compared to other tropical localities worldwide. This airport has a single runway, and Like Dar es Salaam Julius Nyerere Airport, this facility has three terminals:

The only major airport in all of Tanzania that is completely private, Kilimanjaro, is the defacto hub for travelers entering the country's northern region. International travelers head here to go on safari at the Serengeti, and climb the tallest mountain in Africa - Mount Kilimanjaro. Despite being small, the airport sees plenty of traffic and has the capacity to land aircraft as big as a Boeing 747. Originally built with loans from the Italian government, the airport has managed to secure deep partnerships with the Dutch government who designed its renovated terminal facilities.

Fifteen airlines operate services to the airport, including KLM, Qatar, and Turkish Airlines, from their European and Middle Eastern hubs, making it one of the country's most connected airports. However, these services do not fly direct and actually land in Dar Es Salaam and Zanzibar first, and as they don't have fifth freedom rights (1) they are not allowed to pick up passengers at the midway stop.

Tanzania is also proposing three new international airports in the country. They are:

There are also plans to develop the airports in the south of the country with funding secured from the Resilient Natural Resource Management for Tourism and Growth Project (REGROW) from the World Bank. The region has sorely fallen behind the north (with its parks, coastal beaches, and mount Kilimanjaro) and is in dire need of a new airport facility.

"Under REGROW Project, Tanzania’s Southern Zone would be developed for tourism diversification as to attract more companies that would invest in hotel and accommodation facilities, air transport, ground-tour handling, and other tourist services, all of which are lacking." - ETnews reporting on the development.

Tanzania's airport landscape comes down to three major markets, domestic air travel between cities, tropical beach destinations, and international tourism sites. With these three markets, it becomes clear why there are three airports with little room in between without major investment by the government. This focused market landscape means opportunities are easier to reach but may also be more competitive for aviation firms. If you are looking to move into the Tanzanian airport market, then consider working with Eways Aviation. As the local experts on all things Tanzania and the rest of the region, you can be confident that we will steer you right. Contact us today!

(1) The fifth freedom allows an airline to carry revenue traffic between foreign countries as a part of services connecting the airline's own country. It is the right to carry passengers from one's own country to a second country, and from that country onward to a third country (and so on).