Sky Express - An Ambitious Airline From The Island Of Zeus 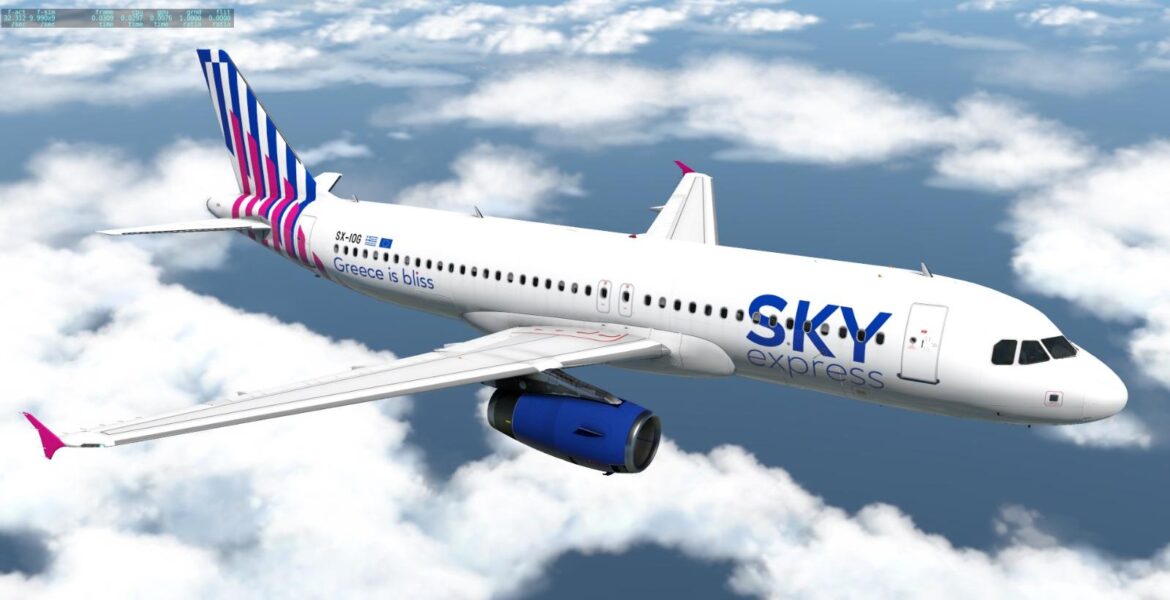 Sky Express is a carrier from Crete in the Greek Islands, the birthplace of the Greek god Zeus according to ancient Greek mythology. The airline's unique hub location, fleet, and business model have put its competition on edge as it prepares to become a household name and even perhaps the new flag carrier for distant Greek shores. Eways Aviation sat down with the carrier to ask some fundamental questions and learn the reasons behind their success.

Who is Sky Express?

Originally founded in 2005, Sky Express was created as an essential link between underserved Greek Islands and the mainland, and managed to carry over one million passengers in 2018. As a unique market, the Greek island aviation landscape comprises of many small airports that have previously experienced limited connectivety by national Greek carriers such as Agean and its subsidiary Olympic. To accomplish this 'herculean' task, Sky Express employed a fleet of 10 ATR aircraft which are fuel-efficient for small routes and can land on practically any runway.

‍"There are challenges and difficulties in operating to and from small island hubs. One of the said challenges is the country’s geographical conditions with many scattered islands in the Aegean and the Ionian seas. This parameter, paired with the short flying distances from one point to the other, necessitates a smaller, swifter, and more agile type of fleet. Thanks to its adaptability, SKY express has managed to overcome the aforementioned geographical and infrastructural barriers with its fleet of ATR aircraft, which are a perfect match for this kind of flight operation, and thus, we can fly everywhere in Greece, including the most remote islands of our country."

How Have They Managed the Current Aviation Crisis?

Speaking with Eways Aviation, a spokesperson at Sky Express went into great detail about the past year.

‍"At SKY express, we like to stay optimistic, and although a bit “cliché,” we do believe that in every crisis lies opportunity. Therefore, we decided to regard the Coronavirus pandemic as a chance for growth. Thanks to the efficient and systematic work that has preceded in the previous years, together with the support that the financially healthy IOGR Group of Companies provides us, we were able to take a big and decisive step towards expanding our mostly privately-owned fleet, and consequently our flight operations."

‍With Airbus aircraft sales slow during the current crisis, Sky Express realized it would be a buyers market for an airline looking to develop its diverse fleet. By approaching the aerospace firm now, they would be able to negotiate an advantage with Airbus over other airlines. Sky Express would go on to order four Airbus A320neos (and lease two others from ACG Aviation Capital Group) and become one of the very few airlines to expand in 2020.

‍"Our investment in expanding our fleet, with six brand-new Airbus A320neo, only validates our multi-awards as the fastest-growing airline in Greece. A testament to this is that ours was the first order received by Airbus globally in 2020. We are confident that it was the right moment for us to increase and upgrade our fleet, a step that clearly reflects our successes, our dynamic growth, and our promise for the future."

What Will This New Fleet Be Used For?

The aviation market in Greece is much bigger than the connective island-hopping market.  According to data from 2018, Greece holds the 8th place in Europe in terms of flight activity, which increased by 106% between 2013 and 2018. A significant majority of domestic travel takes place between the capital of Athens and the second biggest city on the mainland, Thessaloniki. A busy route (the most in fact in the whole country) that Sky Express was quick to operate with the new aircraft.

‍"The expansion of our fleet with the brand-new Airbus A320neo aircraft comes to serve our growing network both in the domestic and international markets. One of our initial priorities was to directly connect the two biggest, in population, cities of Greece, Athens, and Thessaloniki, with daily flights. On December 14th, we reached this milestone when we launched the first direct flight from Athens to Thessaloniki, the biggest airport in Northern Greece, with our new aircraft and with daily flights onwards.

‍Sky Express has kept their cards close to their chest and been tight-lipped about which destination they will launch first for the lucrative international market. They only highlighted that tourism would be the focus, with flights operating out of Rhodes as well as the hub airport in Herlekrion, with the fleet of six Airbus A320neos playing a pivotal role in plans.

‍"The new aircraft comes to complement this exact goal as well as to modernize our fleet; our new potential entails our plans for expansion to international markets shortly with state-of-the-art technology, engine efficiency, and a smaller environmental footprint"

‍As experts in the local Greek market, Eways Aviation would suggest that Western Europe would be the biggest market to target, with the UK and Netherlands as a primary focus. In recent years, these two nations have been the biggest flyers to both Herlekrion and Rhodes.

What Challenges Does the Airline Face?

As an airline moving from a regional carrier to an international airline, there are several challenges that Sky Express will need to face.

One such challenge will be the jump from narrowbody to widebody. While certainly an ambitious proposition at their current stage, at some point, the airline might need to consider ventures beyond the range of single airline aircraft - such as operating lucrative cargo to the far east. This would mean not only the right aircraft selection (The Airbus A330-800neo springs to mind, thanks to its excellent short runway handling) but the required infrastructure as well, such as AOG and MRO services abroad.

Also, another possible challenge could reside in its third hub, the airport of Heraklion (HER). Located on the island of Crete, the small airport has a short runway and no more slots available for airlines. Essentially, the airstrip is full of international carriers such as EasyJet and Ryanair filled to the brim with holidaymakers who have taken up all the landing and take off pairs. Thus any new services will need to fight tooth and nail to exist. The Cretan government has long talked about building a second airport near the island's capital city (there are several distant airports on the island), a true international facility that can take widebody aircraft, but these plans have failed to eventuate yet.

‍"Our goal has always been to enable travelers’ journeys by offering them multiple choices and excellent services. As a result, we are already flying to 34 destinations throughout Greece, including remote islands, which ensures that we cover the country end-to-end. In this direction, SKY Express will soon spread its wings and fly to international destinations, serving more passengers and facilitating more incoming traffic towards Greece."

‍At Eways Aviation, we are quite curious to see how Sky Express will grow in the upcoming years. Right now, it undeniably showed a very promising dynamism in a troubled time.