Overcapacity to under-utilised: the strange twist of fate of Argentina’s Airports 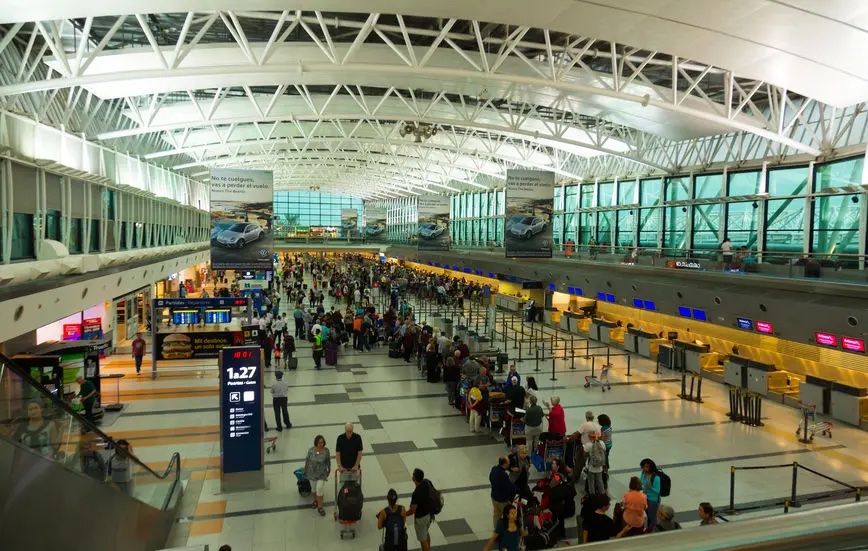 Argentina is a vast country, reaching nearly all the way to the South Pole (or at least, cold enough to feel like it), deep within South America to the Andes, and far north to touch the jungle shores of Brazil. It makes sense that aviation would play a critical role, with over 100 airports and airstrips across the country.

Moreover, as part of the plan to deregulate Argentinan aviation back in 2017, the airports themselves were scheduled to receive extra attention. The government planned to invest a combined $1.4 billion US to ensure that its airport infrastructure was up to code and met international standards. The question in 2021 remains, did this have the desired effect?

The airports of Buenos Aires

Starting with the top two most popular airports in the country, Buenos Aires Ministro Pistarini Airport (EZE) and Buenos Aires Jorge Newbery Airport (AFP) that serve the biggest city in the country. Pistarini is considered the major hub (like Heathrow), catering to Aerolineas Argentinas and was the hub of LATAM - as well as most other international arrivals.

Jorge Newbery Airport is the second busiest airport in the country, and is the low-cost hub for the country, with the likes of JetSmart and the failed Norwegian Air Argentina basing themselves there.

There is a third airport serving Buenos Aires, El Palomar Airport (EPA). Its located a bit outside of the city (20km) and is the entryway for low-cost carriers like FlyBondi for domestic routes in the country. This airport focuses on lower fees than the other two in an effort to attract local business, as well as being connected to other cities nearby like Zarate and Rosario.

Buenos Aires and the Coronavirus

In 2021, Ministro Pistarini Airport was declared the only airport in the city that could run scheduled operations - the rest of the Buenos Aires airport network remains shut down thanks to the Coronavirus, with airlines forced to operate exclusively on its twin runways.

“Buenos Aires Ministro Pistarini Airport is the only one where measures and processes have been adapted to meet the demand in safe conditions.” - Organismo Regulador del Sistema Nacional de Aeropuertos - ORSNA

This has resulted in plenty of frustration from carriers such as FlyBondi, who rely on the other airports (such as below) to run low-cost operations. They even pointed out that El Palomar Airport has been operating perfectly fine for charter, repatriation, and military flights.

“despite the fact that scheduled flights in Argentina are already enabled, there is no official notification from the aeronautical organizations that restrict operations at El Palomar.” - FlyBondi statement.

The case is before the Ministry of Transport, but this failure to approve flight plans has already cost the airline dearly and forced them to fly out of Ministro Pistarini Airport instead.

What about other airports in the country?

Other airports of note include the following (in order of passenger traffic):

Cordoba Airport (COR) - The biggest airport outside of Buenos Aries (and bigger than El Palomar), this airport serves the city of Cordoba. It has international routes (in good times) to North America and Europe.

Mendoza Airport (MDZ) - The fourth busiest airport in the country has multiple names, such as El Plumerillo Airport and Governor Francisco Gabrielli International Airport. It serves the Cuyo region, with cities like San Luis, San Juan, and Uco Valley. It is an international airport, but less popular than Cordoba Airport.

Iguazu Airport (IGR) - The airport that serves the famous falls (Iguazu Falls), it is located on the border to Argentina's northern neighbor Brazil (and serves the Brazilian city Foz do Igaucu). Because of its international nature, the airport has plenty of connections to Brazil and Chile, with plenty of access to low-cost carriers.

Salta Airport (SLA) - Also known as El Aybal Airport, this facility serves the city of Salta and had 1.4 million passengers in 2019.

Tucuman Airport (TUC) - The last airport on this list that just had shy of one million passengers in 2019, this international airport serves the province of the same name. It has links to several other nations (in good times).

Ushuaia Airport (USH) - A special mention for this list as its the southernmost airport in the country in icy Patagonia. It is only 4km from the city and is the main access to the fantastic Tierra del Fuego National Park. It doesn't have much in the way of carriers operating to the airport (even more so after the departure of LATAM Argentina), but its location and popularity cannot be missed.

What was the government's airport plan?

Before deregulation the government decreed aviation an essential service and for a long time, controlled the price to ensure access to the people. However, having a minimum and maximum price of tickets resulted in a restriction of seat availability, and thus the industry was stifled.

To correct this equation, the government removed the price restrictions and allowed airlines to set their own prices (and allow new competition to enter the environment), believing that the invisible hand of the market would change things for the better. However, this was not the case, and you can read about it here.

Unleashing airlines was only half of the equation, with airport investment making up a substantial play for the government. With more air traffic on the way, they had to ensure that airports wouldn't be the weak link in the chain.

"We have developed an ambitious project for 43 airports". The project includes 223 interventions over the next 3.5 years" - Minister of Transport Mario Meoni, via Fundacion Mediterranea's official YouTube channel

The $1.4 billion US investment was targeted to the following:

“The best way to improve the experience of visitors is improving the quality of transportation. Argentina is a huge country and you have to take flights,” Sebastián Slobayen, head of Tourism said back in 2018 “We are investing in the runways and equipment to be sure the quality and timing of the trips will be OK. It’s one of our main strategies.”

The new reality of the Coronavirus

For a moment there, it seemed that the airport investment may have paid off. Projects were starting to complete, and thanks to a weak peso, Argentina was about to have a tourism boom.

But these plans have changed thanks to the Coronavirus, with airports facilitating far less passengers and aircraft. Take for example Buenos Aries: with three airports, the city has too many airstrips for the few flights arriving per day. It could even be argued that with the lockdown in place, the city could be served by a single runway. The other unutilised airports must still be maintained during this time, to ensure that facilities remain operational and capable of returning to service when travel restrictions are lifted. This means that their operating costs will need to be subsidised until they can open again, and it is uncertain as to when they will be able to resume normal operations.

Thus Argentina's airports will need to be carefully managed, and the government may need to revise its investment plans. This could mean that certain facilities remain as is, whilst specific upgrades are prioritised over others. But no matter how the government proceeds with its development plans, we are not likely to see such a massive investment into Argentina's airport infrastructure for many years to come - at least not until the country's tourism industry sees significant growth, and this can only happen once the Coronavirus threat is properly eradicated.