Libyan Wings: When An Airline’s Perseverance Pays Off 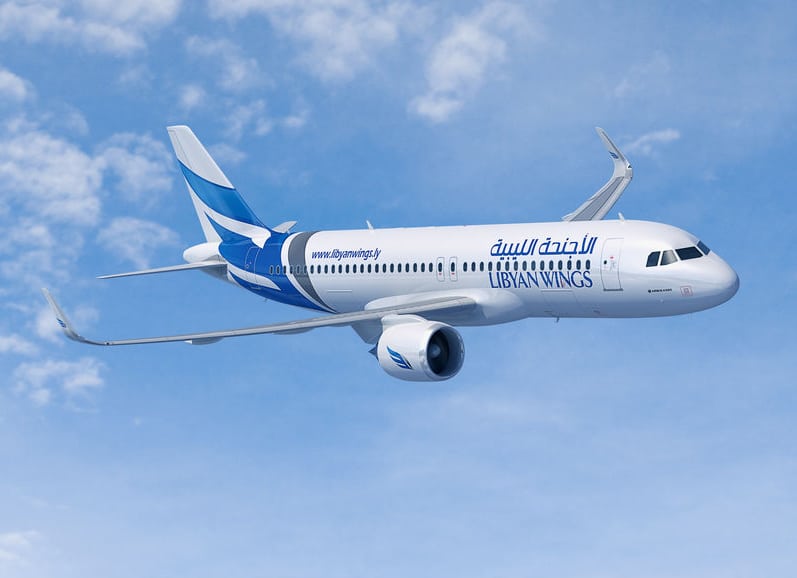 Libyan Wings, a start-up airline operating with four Airbus A319s from the named country, has one of the most fascinating startup success stories we have enjoyed writing about. Overcoming everything from conflict in its home country, to borders closing on the carrier only four days after it started operations. Who is this airline, and why should you take notice? Let's explore.

Libyan Wings began as a dream in 2013 to enter the Libya to Europe market with a single Boeing 737 next-generation aircraft, operating several flights a week in the cargo and passenger markets from its hub in Tripoli Mitiga. The airline then switched tracks noticing an opportunity to move forward with Airbus instead, signing a memorandum of understanding with Airbus for three Airbus A350-900s and four Airbus A320neos. This would push back the start of the operation until 2014 but was worth it for a more cohesive Airbus family of aircraft.

While waiting for these new aircraft in 2014, Libyan Wings decided to sign a lease for two Airbus A319s (previously used by Philippine Airlines) with the Dubai Aerospace Enterprise (DAE) for short-haul operations. However, this is when things started to get a little tricky. In that same year, Libya's political situation fell apart, and a civil war broke out. This caused the airline to delay plans and postpone its certification process.

Overcoming Conflict to Start an Airline

As the country fell into what is now known as the Libyan Civil War, Libyan Wings was stuck with a predicament. Should it defer its launch indefinitely? Or should it put its very best together to develop a plan to launch an airline with no aircraft during a war?

The airline decided to go with the latter and even retain the two Airbus A319s earlier planned to defer at a very high cost.

"In light of the prevailing situation, we decided it would be best to keep the aircraft, despite not using them from a commercial point of view. It cost us quite a lot of money. Still, we eventually managed to launch in late 2015," said then Libyan Wings CEO Edgardo Badiali at the Aviation Festival in London to Ch-Aviation.

However, to fly these aircraft, they would need several things. Insurance, access to a maintenance facility, and an air-operating certificate from the Libyan Civil Aviation Authority (LCAA). The first was relatively straight forward but was far more expensive to obtain than other airlines (thanks to the country's current conditions), due to the lessors' agreement terms that they have 100% coverage for the London market. The second task of securing an MRO facility was a bit more challenging. The airline originally planned to use Lufthansa Technik for their MRO needs, however the security situation in the country prevented German nationals from moving to the base at Tripoli Mitiga. Fortunately, at the last minute, Libyan Wings was able to find a local partner of an Italian MRO firm that could operate at Tripoli. That only left the task of getting an airline certificate from the government during a civil war.

The problem wouldn't be submitting the paperwork but rather operating a revenue test flight. For Libyan Wings, there was only really one route between its hub airport Tripoli (in the west) and Benghazi (in the east), a route that would fly right over the no-mans land in the civil war. As that option was out, Libyan Wings conducted its test flight in Turkey with the relevant authority personal onboard.

"To gain our AOC from the Libyan authorities, we had to undertake a proving flight with passengers, but we could not bring the aircraft to Tripoli because of the situation there. We had to resolve all of that in Istanbul, where Libyan Civil Aviation Authority personnel joined us on our proving flight to Antalya. We were awarded our AOC shortly after."

But to add insult to injury, after all these hurdles and finally being awarded a certificate in 2015, the border to Turkey was closed to those without visas only four days later. The airline had to suspend operations until passengers had obtained the new visas before returning to service.

“You need the infrastructure to deliver those visas, which is not the easiest thing in today's Libya,” Badiali admits, promising that the four-times-weekly service to Istanbul Atatürk Airport will resume shortly in an interview to Al-Arabiya in 2015. The airline would go on to manage several other changing borders with neighboring countries like Tunis and Egypt. To prevent the war from dramatically impacting flights, the airline set up a backup hub in Misurata that can replace operations that were needed (and serve as its own destination).

Since then, Libyan Wings has done incredibly well and has grown very popular thanks to a dispatch rate of over 99%. A reliance that is attractive to the local business market has allowed the airline to shoulder past the worse of the current crisis and even dabble into limited cargo operations.

"One of the main reasons for the success we have seen in these first eight months of service is our very high on-time performance, which is much appreciated in the market"

The carrier has been able to expand to four Airbus A319s despite the war and the current pandemic (although one A319 at the time of writing is in a hangar awaiting a new powerplant). They are looking to acquire some A320s to meet rising demand as the war quiets down. The airline also still has the MOU for the seven Airbus aircraft however they don't believe that this next plane (A320) will be one of the new ones from a factory.

"It is a good time now to negotiate with lessors regarding adding aircraft ... We are looking at A320 aircraft. With the A319s, we sometimes face a capacity issue to satisfy the traffic demand on our trunk routes," Chief Executive Ziad Farhoud told CH-Aviation in a phone interview in April this year. "We are not thinking about purchasing or deals directly with the manufacturer, as it is too early for the age of the airline,"

In the meantime, the airline is planning to update the A319 cabins and this modernisation is expected to be completed by the end of the year. Plus, the airline is considering some ambitious plans that include more of the Middle East, Africa, and Europe. The former is still under wraps at the airline, and the latter will need to wait until Libyan airlines are cleared to fly again.

"We are ready - once the ban is lifted, we are ready to deploy capacity on EU routes. Our maintenance is EASA-compliant, a European supplier does our line maintenance, we are applying all European standards"

What Can We Learn From Libyan Wings?

In a closing note in an interview in 2016, the previous Libyan Wings CEO signed off with this statement:

"We need to be flexible. We fly where we can, and not, unfortunately, where we want to. So for us, we have to seize all and any opportunities as and when they present themselves. We know that any plan can be affected by external factors that are beyond our control. Where we have not deviated from our original business plan is in our commitment to high safety standards, high product and service quality, and high reliability and punctuality."

The great take away lesson from this not-so-little airline is that anything is possible if you believe in aviation's dream and are willing to sit down to solve problems. Libyan Wings faced three major challenges to go from just an idea to a real airline, challenges that on their own would have stopped anyone else from even considering the venture. At every fork in the road, the management chose the harder and more expensive path because they believed that doing things right or not at all, a risky move that has paid off well for the start-up and their partners. If you are an airline or an aviation operator who needs a partner, then consider Eways Aviation. As experts in the field across all things aviation, Eways is well-suited to solve your problems no matter how big or small. Get in touch with us today.