How Eways Aviation Is Changing AOG 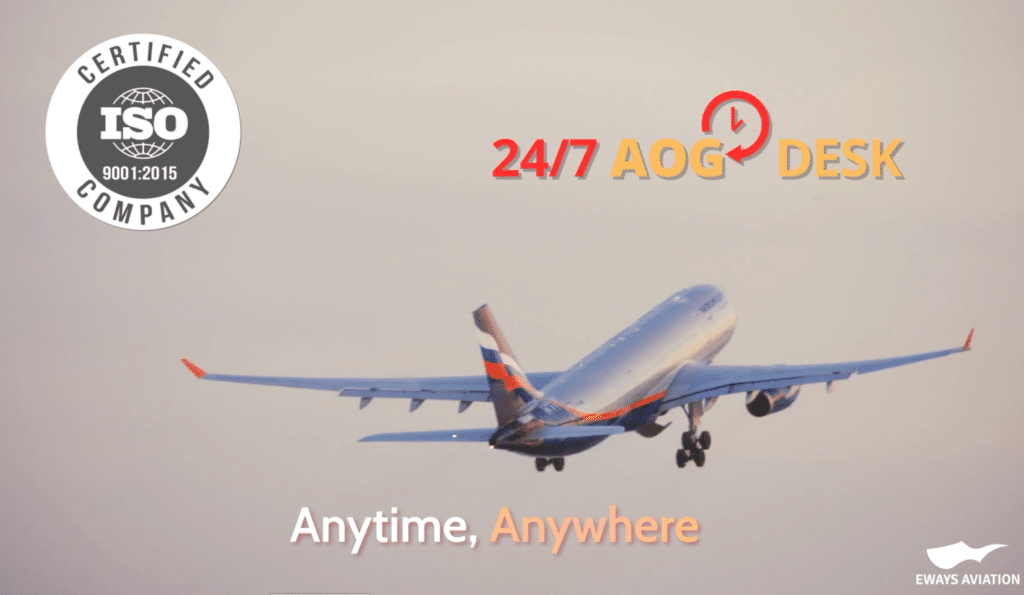 Eways Aviation provides AOG services anytime, anywhere[/caption]AOG, or Aircraft On Ground, is one of the scariest phrases for any airline operator or aviation professional. When an aircraft is not flying, it is not operating, and the firm is not earning revenue. While an obvious problem to be urgently addressed, sometimes the solution can be more of a headache than the problem. After all, thanks to aircraft's ability to get to some of the most remote parts of the world, they can effectively become trapped if a critical part of the machine prevents it from returning to the sky once more.

How do airlines deal with AOG scenarios, and how does Eways Aviation make the difference in airlines' time of need?

What Causes An Aircraft to be Grounded?

There are two types of grounding scenarios - external and internal. External is relatively obvious, and any external issues at the airport prevent the plane from taking off. This can be the weather, political changes (such as changing border restrictions), and even the airline itself not receiving permission to fly.

Internal problems are far more significant - the plane has been permitted to soar but can't due to mechanical problems. This event can occur during regular maintenance (every 400-600 flying hours, or every six to eight months according to the FAA) when the plane is not found to be up to code and grounded. The problems that can cause this can be almost benign, such as a light in the cockpit lighting up incorrectly or a squeaky hinge in the engine, but it's enough to demand an overhaul and a replacement part. This single delay can snowball, push back other services, and leave the whole network grinding to an absolute halt. The needed part could be not at hand and not even in the right part of the world - leaving passengers stranded and the airline footing the bill.

And speaking about the bill, it isn't small either. These small delays can add up, and a study estimated in 2007 that AOG and delays cost carriers operating in North America close to $31 billion per year, or around $35k per week per airline - with the majority of the cost coming from the leasing fees still being charged for the grounded planes. Just because it can't fly doesn't mean that the airlines get it for free. It is not just financial loss, but the airline will suffer a loss of reputation from stranded passengers, crucial cargo customers, and trust.

Airlines need a system to request parts from anywhere in the world and expect them to be transported by any means to some of the most remote corners of the globe.

How is Eways Aviation Different?

Eways Aviation approaches AOG differently.First, Eways operates an exclusive 24/7 communication channel through email, chat, and phone for any airlines or aviation firms that require AOG or MRO service anywhere in the world. After all, there is nothing worse than being in trouble and finding out that no one is listening. This communication channel allows us to establish where the grounded aircraft is and remain in constant contact as we search our connections for your critical component - with an answer to you within two hours or less.

Eways Aviation understands our partner airlines' local realities, where this grounding is more than a scheduled regional service but the lifeblood of communities. Instead of squabbling over finer details of invoices, Eways focuses on getting the job done and ensuring that revenue can still be earned.Then we organize the transport to the remote aircraft. Many locations where AOG occurs don't actually have regular services and don't have access to the vast warehouses of aircraft parts commonly found at major aerospace firms' headquarters.

With local connections, we can exploit partnered connections to get the system to where it needs to be within a timeframe that keeps the bottom line happy. Eways Aviation also provides expertise if required and follows your instructions to the letter until the plane flies off into the sunset.