From Temples to Lakes: The Airports of Nepal 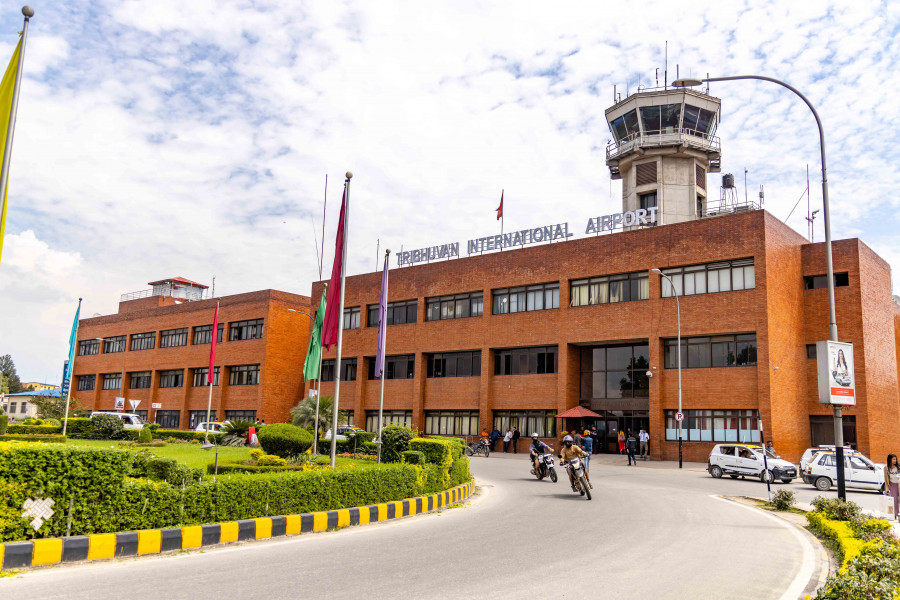 Home to the Himalayas, serene temples and mesmerizing lakes, the list of Nepal’s attractions is endless. It comes as no surprise that the country makes a grand majority of its income from tourism. And with a harsh mountainous terrain and a weak railroad system, aviation is key to both seeing Nepal’s beauty, as well as supplying its remotest of dwellers. Meanwhile, while airplanes are a regular sight in Nepal’s skies, the country is known to have some of the most dangerous airports in the world although thankfully, they do not discourage the constant traffic of travellers who push aside all risk for the chance to visit one of the most unique regions in the world.

All Nepalese airports are operated by The Civil Aviation Authority of Nepal (CAAN), which also regulates the country’s air space traffic along with Nepal’s passenger airlines and charters. There are currently 43 local airports in Nepal, out of which Tribhuvan International in Kathmandu is the only one with international status and acts as the central aviation portal to Nepal. The rest of Nepal’s airports cater solely to the numerous domestic and charter airlines in the country. Here are some of the most notable airports of Nepal.

Found 6km East of Nepal’s capital Kathmandu, Tribhuvan International Airport has been Nepal’s only international airport since its inauguration in June of 1955. It connects Nepal to over 40 destinations in 17 countries. With its single 3,350m runway, the airport accommodates over 25 different carriers both local and international, this includes names such as Turkish Airlines, Air Arabia, Korean Air and Nepal’s own Nepal Airlines, Himalaya Airlines and Buddha Air (learn more about them in our previous article about Nepalese airlines).

Providing several daily flights to Lukla Airport 135km away, Tribhuvan is the first destination for visitors to Mount Everest. In addition, many scenic flights over Mount Everest take off from Tribhuvan giving tourists the chance to revel at its sights without the inconveniences of the terrain.

Having reached its operational capacity along with the inconvenience of winter fog, the Nepalese government has commenced construction of what will be Nepal’s second International airport Nijgadh International in the Bara Province.

Tenzing-Hillary Airport, also called Lukla Airport after the town where it is located is one of the most significant airports in Nepal due to its close proximity to Mount Everest.

For a multitude of reasons it is attributed as being the most dangerous airport in the world; for starters at 2860m above sea level, high altitude and low-pressure air make takeoff and landing less than ideal. Furthermore, aside from the obvious dangers posed by the mountainous terrain, Tenzing-Hillary has an extremely short runway of 527m that ends with a cliff drop into an icy valley.

Weather is also a determining factor for operations at Lukla airport since the Himalayan climate is highly erratic and unpredictable, in fact on any given day it is not uncommon to find completely different weather conditions at Lukla than Kathmandu although there is only a 25-30 minutes flight between them. Fog and rain have a tendency to quickly appear and so cancelled flights are not uncommon. Daily changing wind patterns also impact landing success and most flights are scheduled for the very early morning with the airport even closing at later hours of the day to avoid the strong mountainous winds.

The resulting scenario is that pilots will land or take off with less engine power due to the low air pressure, have to navigate challenging weather conditions that often restrict visibility, and only have a single chance to land on/take off from the rather short runway. Another major issue with landing at Tenzing-Hillary Airport, is the fact that the surrounding mountains render landing go-around procedures impossible. As a result the airport only accommodates short takeoff and landing aircraft (STOL) and helicopters. In a worst-case scenario, planes en route can turn around and return to Kathmandu or land elsewhere.

To limit the accidents at Tenzing-Hillary the CAAN demands specific preparations from any pilot that plans on frequenting the airport. Basic training requests pilots to have made 100 successful STOL flights and have at least one year’s experience flying such aircraft over the peaks of Nepal. Following this, pilots must undergo specific training with a certified instructor and perform 10 landings on the Lukla runway before being given the green light to pilot regular flights to the airport.

That said Lukla Airport remains an essential component of the region's infrastructure and in 2019 its traffic saw a peak of 129,508 passengers. New helipads are set to be added to the airport to further improve its operations as both a gateway for tourists and mountain climbers along with a freight distribution point for the remote towns in the region.

Found in the Polkara region, Pokhara Airport is named after and serves the second most populous city in Nepal. It serves an important role in the country’s tourism sector offering proximity to the Annapurna Range - home to three of the world’s highest mountains, as well as the Phewa Lake and the Tal Barahi Temple.

Currently, the airport facilitates local flights to destinations such as Kathmandu, Jomsom and Bharatpur by Buddha Air, Yeti and Shree Airlines. While the airport was designed to accommodate 500 passengers per day, given all of Pokhara’s attractions it sees much more.

"Our capacity is 500 passengers per day. But we are handling around 2,000 passengers a day. We are managing the pressure somehow, but things become difficult for us when flights are disrupted due to air traffic congestion in Kathmandu"

‍Due to such pressures, the new Pokhara International Airport is under construction with assistance from the Chinese CAMC Engineering firm. Although it was originally planned for their airport to start flight operations in 2021, construction was delayed due to the Covid-19 pandemic, and so the opening has been moved to 2022.

Pokhara International Airport will have a 2.5km runway capable of accommodating large commercial aircraft such as the A320 and Boeing 757-200 that will be complemented by a parallel taxiway. There will also be separate domestic and international terminals with the latter capable of handling 650 passengers per hour.

Bharatpur is a touristically significant city situated near Nepal’s Chitwan National Park, which is home to Nepal's diverse wildlife and known for being a habitat to the endangered Bengal Tiger. The region is also known for its elephant breeders along with the Rapti river.

As a small domestic airport, Bharatpur provides flights to Nepal’s two main cities - Kathmandu and Pokhara by both Buddha Air and Yeti Airlines. Located 1.6km from the city of Bharatpur, the airport was completed in 1958 and has a single 1.2km runway.

The Nepalese government is making preparations to improve upon Bharatpur Airport, seeking to add 450m to the existing runway along with building a new terminal and the addition of fuel storage and refilling facilities.

Proposed by the CAAN Nijgadh International Airport is set for construction in the Kolhabi municipality 68km south of Kathmandu and takes the name of the nearby town Nijgadh. With an estimated cost of $3.45 billion, it is hoped that the airport will be completed in seven years. The Ministry of Tourism has supported the project although it will be difficult to find investors during the turbulent economic recession brought on by Covid-19.

“If we wait for the project to be developed through foreign funding, it will never happen. But if we start on our own, the project, which will likely take seven years to complete, will at least get moving. We have already spent around Rs2 billion on the initial works. Now, we cannot backtrack”

‍Set to be constructed with the assistance from a Swiss company - Zurich International Airport it is expected to take the record for being the largest airport in South Asia; with a 3,600m runway and a 75,000m² terminal that can accommodate 15 million annual travellers. Furthermore, a new airport near Kathmandu will relieve Tribuhvan International from its heavy traffic, and also serve as an alternative landing point when winter fog disturbs flight operations to the smaller airport.

What is next for Nepal’s Airports?

With promising projects such as Nijgadh International along with the new Pokhara terminal, Nepal seems on the right track to improve its aviation accessibility. That said it must be noted that far from the cities, while the rest of Nepal’s airports may not suffer from conditions as extreme as Lukla, there are still many airports that also have short runways and less than ideal weather conditions that pose a challenge to the Nepalese government. We believe that although it will be difficult, the development of these more remote and dangerous airports will bring Nepal a new wave of tourists and with them the potential to skyrocket the country’s economy.