Flight Over the Black Sea: The Airline Industry of Ukraine 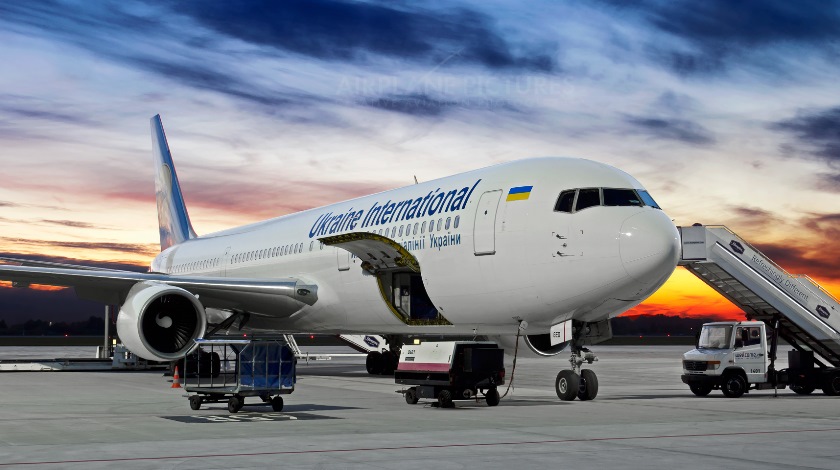 Not only is Ukraine known to have a prolific airport infrastructure but the country is also well equipped in terms of airlines. With a plethora of passenger and charter airlines along with a longstanding aircraft manufacture industry, Ukraine boasts one of the most significant aviation sectors in Europe.

Together with the country’s airports, its airlines and airspace are regulated by the State Aviation Administration of Ukraine.

Established in 1992, the Ukraine International Airlines (UIA) stood out from the rest of ex-Soviet bloc nations for starting its operations with new Boeing 737-400 aircraft as opposed to fleets inherited from Russia. Taking base in Boryspil International airport, the Ukrainian government established UIA with the goal of having regular flights to Western Europe and effectively the airline’s first voyage linked Kyiv to London. Soon after, UIA added Paris and Frankfurt to its list of scheduled destinations and by 1993 the airline was regularly touching down in Berlin, Milan, Amsterdam, Vienna, Munich and Brussels.

Financial expansion came in 1996, when both Austrian Airlines and Swissair bought stakes in the company along with the European Bank for Construction and Development in 2000. This gave the airline opportunity to expand its fleet and improve staff training.

In 2013, due to a lack of competition by airlines in the Ukrainian aviation marketplace, UIA increased its fleet and staff to compensate for the lack of available scheduled flights to the Ukrainian public. Unfortunately, the expanded airline was challenged by the Crimean conflict in 2014 and it was forced to reduce ticket prices in the hope to encourage more fliers and maintain profits.

Today the airline maintains an impressive fleet of 29 aircraft that include 12 B737-800s and four B737-900(ER)s and covers over 70 destinations that include New Delhi, Budapest, Athens, and Dubai. Aside from passenger scheduled operations, the airline also provides charter and seasonal flights along with having an active cargo branch.

A younger Ukrainian airline, Jonika was established in 2018 and takes base in Kyiv-Zhuliany International airport. With a fleet of two 737 aircraft, it undergoes regular flights to destinations in Greece, Turkey Montenegro and Bulgaria along with providing seasonal charter services to other destinations.

One of the oldest Ukrainian airlines, it was established in 1984, and is unique since it is wholly owned by the Ukrainian aircraft engine manufacturer Motor Sich. Based in Zaporizhzhia International airport, it undertakes solely domestic flights (with the exception of Minks) in Ukraine between the cities of Kyiv, Odesa, Lviv. Aside from passenger flights the airline also provides cargo services and domestic VIP charter flights.

Motor Sich use various aircraft fitted with their engines for operations including Yakovlev Yak-40, Antonov AN-140-100 aircraft along with a Mil Mi-2 helicopter.

The newest airline to emerge in Ukraine, Bees airline was founded in 2019 taking base in Kyiv-Zhuliany International airport and commenced operations officially in March of 2021.

With a fleet of 3 Boeing 737-800 aircraft obtained from UIA, Bee’s 15 destinations include Tbilisi, Burgas, Heraklion along with Odesa.

Still in the developmental stage, the Ukrainian government is keen to start a new public national flag carrier.

"It is my dream to create a modern state-owned airline at the level of Turkish Airlines or Singapore Airlines. The state is ready to allocate money for this in order to build a national state air carrier"‍

Still, with no name or operational prospects, the new carrier is set to fly domestically produced Antonov Design Bureau regional jets, which contrasts with the Boeing-dominated fleet of UIA.

While there are many private Ukrainian airlines, and the country presents an active aviation sector, it still stands that UIA is the dominant contender in terms of fleet capacity and global span. There remains plenty of room for new airlines to emerge that can provide more international outreach that could foster more economic development in the Eastern European region and solidify Ukraine as a serious aviation contender in Europe. Perhaps this potential will be harnessed in the near future by Ukraine’s new flag carrier.