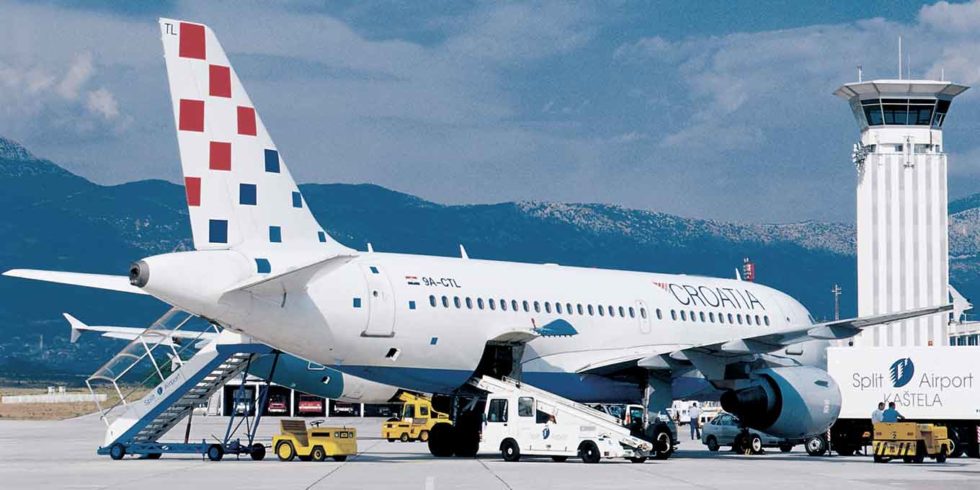 With its stunning landscapes, rich history and soothing beaches, Croatia has grown to be one of the most significant leisure destinations in Europe. To ensure that the country maximises its touristic potential it continues to nurture an eclectic aviation sector; with a successful flag carrier, pool of charters and start-ups, Eways Aviation examines the airlines of Croatia as it prepares for the high season.

Established in 1989 under the name Zagal Airlines (previously Zagreb Airlines), the airline launched operations with Cessna 402 C Type aircraft and served primarily as a transporter for UPS. Later the airline’s steady expansion was perturbed by the regional conflict that forced the airline to halt its operations. Following on, set to recover its losses the airline acquired its first Boeing 737s aircraft in a deal with Lufthansa and became a member of IATA as it embarked upon its first international flights to Frankfurt.

Today the airline maintains a fleet of 13 primarily Airbus aircraft such as the A319-100, A320-200 and ATR42-300. Having served its 20 millionth flyer by 2009 and continuing to serve an average of 1 million passengers per year the airline continues to prosper.

This new private Croatian airline was set to commence operations in June 2021, with leased A330-200 and A330-300 aircraft, initially providing two direct flights to Newark and Los Angeles from Dubrovnik International.

In the near future, the new carrier intends to rapidly expand its operational network, hosting flights between the United States, Africa and Asia to Europe. Furthermore, by 2024, the airline plans to maintain a fleet of four aircraft.

“Our long-term plan is to have nonstop flights from Los Angeles, New York, Johannesburg, Kuala Lumpur, Singapore, Beijing, Chengdu, and Tokyo in 2022. We will operate from two bases - Prague and Dubrovnik - with a fleet of A330 and A350 aircraft. Alongside that, we will put a special focus on the development of the Chinese market and a special A350 sub fleet to operate just to China” says Krešimir Budinski - Pragusa.One - Managing Director

Unfortunately, the airline failed to live up to the hype and the launch of flights to American destinations missed the deadline with no clear explanation as to why. Although sill intending to commence with the same routes, no alternative launch date has been specified.

Starting its operations in the spring of 1994, Trade Air is a passenger charter and cargo transporter based in Zagreb International Airport. In its primary stages,  the airline used primarily L-410 Turbolet aircraft, later acquiring Fokker F100 planes.

While at first, it provided solely cargo services, Trade Air commenced scheduled flights within Croatia in 2004 and by 2016 the airline had received its first A320 airplane.

Today the company provides a range of services, continuing to transport cargo along with offering private and passenger charter flights, scheduled voyages and aircraft leasing. It maintains a fleet of five aircraft namely three A320-200s, one A319-100 and a single F100, that the company has put up for sale.

Furthermore, the airline has chosen several sister bases in Europe, notably Paris Charles De Gaulle where it has stationed two Airbus planes, another in Pristina, Kosovo and also in the Slovenian city, Ljubljana.

Whilst the company provides domestic flights between the Croatian cities of Osijek Zagreb, Rijeka, Pula, Split and Dubrovnik, it also provides a seasonal flight program to such destinations as Greece, Egypt, Turkey, Finland, Spain, France and Tunisia taking off from its bases throughout Europe.

Air Pannonia was founded in 1993  with light aircraft purchased from Hungary. The company provides diverse services such as goods transport, aircraft maintenance, individual plane booking along with operating a pilot school. Its fleet includes some Cessna Citation 525A CJ2 and CJ aircraft along with 152-9A-KZM and a Socata TB-20 Trinidad 9A-DKZ bought from Switzerland.

A new Croatian start-up airline preparing to launch charter services throughout Europe, ETF Airways is based in Zagreb and plans to launch operations in the summer of 2021 operations with Boeing 737-800 aircraft, the first of which it received from AerCap, formerly managed by the French ASL Airlines. In addition, the airline is set to acquire another two planes by the end of 2022.

In terms of its destination plan, ETF Airways is eyeing charter operations within Europe excluding domestic flights to avoid direct competition with budget flyers that frequent Croatia, including Ryanair that holds several bases and is active within the country’s airspace. Furthermore, the airline has hope that European covid vaccination programs will lead to lessened restrictions and a prosperous start for operations.

"The market is recovering quickly after the spring easing of the pandemic. The demand for our services outside Croatia is growing above our expectations," explains Stjepan Bedić - CEO - ETF Airways.

Upon receiving its AOC in May 2021 the airline undertook its first flight a month later between Pristina and Helsinki.

Soaring Over The Sea

Whilst it can be said that Croatia possesses a relatively new aviation landscape that saw its expansions upon the country’s independence in the early 90s, it is a powerful contributor to the country’s budding economy to say the least. Capitalizing on the country’s strong touristic appeal Croatia’s aviation landscape has been elevated by visitors and budget flyers putting Croatia on the list of promising European contenders. That said that country has room for more private airlines, specifically in the scheduled flight marketplace.