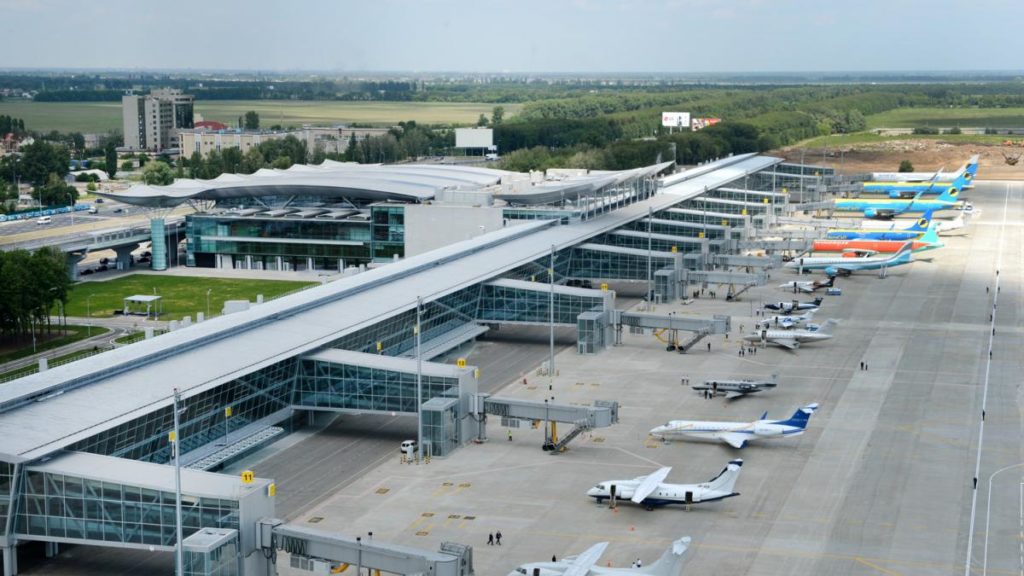 Ukrainian aviation took off after the country earned its independence from the Soviet Union in 1991 with steady growth in international traffic and travellers to the country. While Ukraine's aviation facilities span hundreds of airports, airstrips and heliports, currently Ukraine counts 17 airports that are considered to be of international standard. The State Aviation Administration of Ukraine is the body responsible for managing the country’s aviation safety and security measures.

As one of the highest-ranked airports in Europe, Boryspil International serves as Ukraine’s main international airport. Located 29km away from the country’s capital Kyiv, the airport was commissioned by the Ukrainian administration in 1959 when at the time Boryspil had only a military airfield and no civilian aviation facilities. The location was chosen due to its existing road connectivity with the capital along with a paved runway that served Russian military aircraft.

Soon after the first civilian and cargo flights took off from the new airport connecting Kyiv to the Russian cities of Moscow and Leningrad. Later in 1960, the airport added flights to Budapest, Vienna and Sofia. As traffic continued to increase, by 1965 the airport had received a new terminal and upgraded landing assistance facilities.

Following extensive renovations during the 80s and 90s, the airport today welcomes aircraft from over 60 national and foreign airlines that span over 120 destinations worldwide and the airport regularly facilitates aircraft from airlines such as Bulgaria Air, Qatar Airways, airBaltic and flydubai.

Boryspil International is equipped to handle 18 million passengers per year with an infrastructure that counts two passenger terminals, one VIP lounge and cargo facilities. Its two runways measure 4,000m and 3,500m and are able to handle exigent aircraft. The airport is also fitted with high-tech landing assistance equipment that streamlines take-off and landing procedures in poor weather conditions.

Found 7km Southwest of the capital in the Zhuliany district, Kyiv International serves as the capital’s second airport. It was first established in 1923 as a military base before seeing civilian use. During the Soviet occupation of Ukraine, the airport acted as the main headquarters of Aeroflot and was the country’s sole passenger airport until the 1960s when it was gradually replaced by the larger and better equipped Boryspil International.

After Ukrainian independence in 1991, the airport saw increased international traffic, starting off with destinations in Russia and soon adding other European cities to its flight schedules.

As it sits surrounded by residential neighbourhoods along with major railways and highways, the potential for expansion is limited. In addition, the airport’s runway is incapable of handling heavyweight aircraft and with a short length of 1,800m challenges pilots when landing large aircraft such as the Boeing 737-800.Today the airport welcomes such airlines as Alitalia, Buta Airways and Belavia. Furthermore, the local Ukrainian Wizz Air is based in Kyiv International airport and serves over 30 destinations that include Athens, Vienna, London-Luton and Berlin-Schönefeld.

Operational since 1924, the Odesa International Airport is located 7km outside of Ukraine’s third-largest city. Interestingly this airport began its life as far back as 1908, as the private airfield of entrepreneur Arthur Antara, an aviation enthusiast that enjoyed assembling aircraft, training and conducting test flights.It was not before 1961, that Odesa International Airport received its first proper 2,800m runway along with a passenger terminal. At the time it was one of three Ukrainian airports that were capable of handling the Tupolev TU-104 aircraft.

Today the airport has a single passenger terminal that saw its most recent expansion in 2017; covering 29,000 square meters and equipped with four jet bridges able to accommodate 767 size aircraft, Odesa International has the capacity to welcome 3 million passengers per year. International airlines that frequent the airport include flydubai, LOT Polish Airlines, Ryanair and Turkish Airlines along with the local flier - Wizz Air.

Kharkiv International Airport[/caption]Serving the country’s second-largest city, Kharkiv International was off to a rough start after Ukrainian independence due to a severe lack of facilities, particularly passport and customs control that made the airport unfit for civilian use.

As a result, in 1995, the airport underwent a complete reconstruction along with improving the existing runway and by 2001 the airport had received its international certification.

Further expansions came in 2010, in preparation to host the 2012 UEFA Championship, Kharakiv International received a new terminal spanning an area of 20,000 square meters and able to serve 650 passengers per hour. It was fitted with the first installation of jet bridges in a Ukrainian airport whilst the old terminal was revamped into a VIP lounge.

To name but a few of its destinations, the airport sees direct flights from Tallinn, Istanbul, Berlin and Baku along with flights to Dubai, Hurghada and Sharm El Sheikh.

Although Ukraine is one of the poorest countries in Europe, the country boasts a prolific number of diverse airports along with having several high-quality international terminals. It must be noted unfortunately, that he country lost its second-busiest airport - Simeferopol International as it is located in the Crimean region that was annexed by Russian forces in 2014. That said, even without one of its essential sky portals, the country continues to maintain its reputation for air and spacecraft manufacture and along with its prolific aviation sector, Ukraine could well be on its way to being Eastern Europe’s aviation superpower.