Botswana Skies: The Airports and Airlines of Botswana 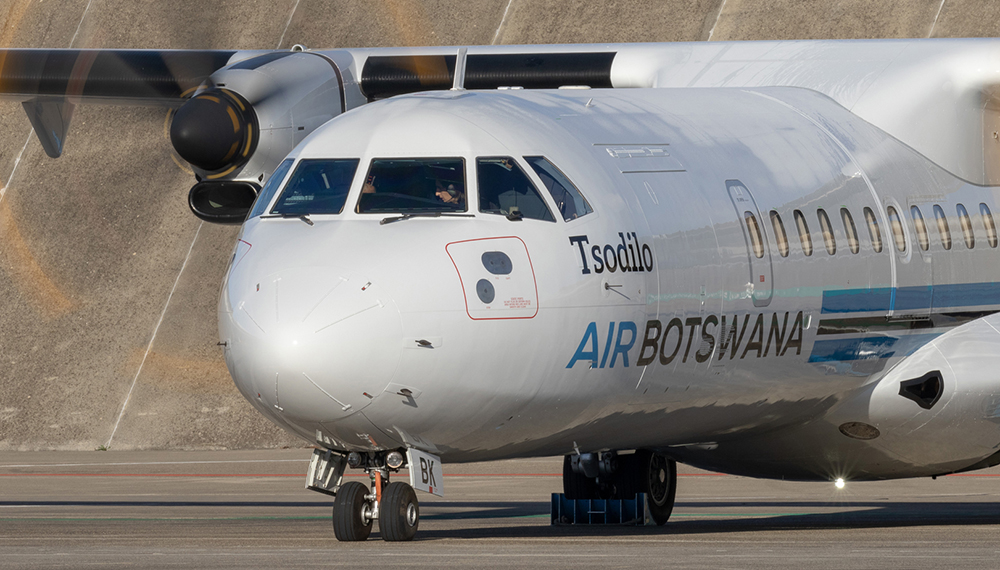 At the time of its independence in 1966 Botswana was one of the poorest nations in the world, today the country has evolved into a budding African power with one of the fastest-growing economies in Africa. The country is rich in natural resources such as diamonds and coal, whilst also being home to diverse wildlife that consistently attracts tourists. So what does a young, flourishing economy provide in the sectors of aviation activity? Eways Aviation will be answering this question today.

To welcome and accommodate its prolific number of visitors a year (1,8 million in 2018), Botswana counts 16 official airports, of which there are four that are considered to be of international standard and lend their services to the majority of travelers to the country. The Civil Aviation Authority of Botswana is the body responsible for regulating the country’s aviation safety and security measures, including the management of airport facilities along with the Botswana air space.

Operational since 1984 this airport (named after the country’s first president) is located 11km outside Botswana’s lively capital of Gaborone. Home to Botswana’s national airline - Air Botswana, in 2015 the airport’s single terminal was significantly improved to host 950 travelers at a time and its single runway was extended to a distance of 4000m. While still considered limited in its operational capacity Sir Serestre Khama International accounts for the highest number of annual passengers in Botswana.

Aside from Air Botswana, international airlines that frequent Gaborone’s airport include Air Namibia, Ethiopian Airlines and Qatar Airways amongst others.

The second busiest airport in Botswana is Maun International Airport which serves the scores of tourists visiting the natural wonders of the Okavango Delta and the Makgadikgadi Pans, one of the most popular seasonal wetlands in Africa. Another nearby attractive destination that contributes to Maun Airport’s consistent flow of passengers is the Moremi Game Reserve which is frequented by animal lovers and hunters each year.

With a consistent flow of over 200,000 travelers per year, in 2020 the airport received an extensive refurbishment that improved its facilities with the goal of providing a more comfortable experience for its visitors.

There are several local charters that frequent Maun International such as Wilderness Air and Mack Air. This provides the airport with a high amount of light-aircraft traffic.

In Northern Botswana near the border with Zimbabwe, one finds Phillip Gaonwe Matante International Airport. While this is the airport’s official name adopted in 2019, it is still commonly referred to by its old name Francistown International Airport due to its presence in Botswana’s second-largest city.

While it is classed as an international airport, its flights only serve the Southern African region to Gaborone and Johannesburg, South Africa, both of which are facilitated by Air Botswana.

Kasane International Airport is found in an especially strategic location; known as being on the ‘Four Corners’ and sitting between the four countries of Botswana, Zambia, Namibia and Zimbabwe. It is situated near both the Chobe National Park as well as Victoria Falls that lie on the Zambezi River between Zambia and Zimbabwe. Kasane Airport was upgraded in 2018 to host more travelers overcoming the limited space of the original airport that was built in 1991.

Together with Maun International, the two airports act as vital access points for Botswana’s diversified tourist destinations. Below we will examine the various airlines that animate the country’s airports.

Established in 1972, Air Botswana is a public airline that operates both domestic and regional flights with its main base in Sir Seretse Khama International Airport.

During its over 40 years of operation, the airline has consistently made financial losses. This is attributed to a list of challenges that have proved difficult to overcome by the Botswana government. With a fleet comprised of old inefficient planes, the airline has struggled to limit its high running costs of maintenance and fuel consumption. Furthermore, a relatively weak manpower combined with a host of management issues, have only caused the airline’s performance to continue to deteriorate over the years.

For more than a decade the Botswana government has been pushing to save the enterprise through attempts at privatization, only to fall short of success due to management differences and a lack of investors. On the other hand, with privatization attempts still underway the airline still has the opportunity to recuperate its losses.

Ironically, Air Botswana benefitted from its closure during the COVID-19 epidemic in 2020 as the suspension of activities gave the company a chance to review its current business scheme and produce a model for an efficient and financially healthy airline.

"We were able to review our cost structures, policies and procedures to ensure that going forward we are able to manage our costs and hopefully run a financially sustaining airline" Agnes Khunwana - General Manager - Air Botswana ‍

As of yet, Air Botswana has a limited flight schedule between the four main airports of Botswana along with four other destinations in neighboring South Africa, Zambia and Zimbabwe. But given the progress that the airline is making towards privatization and recovery, it may be the case that in the near future that Air Botswana expands its flight capacity and reaches destinations outside of Southern Africa.

There are several private charter airlines companies that operate regularly in Botswana airspace, frequenting different airports in the country. These charters provide passengers with touristic services as well as practical travel between different regions in Southern Africa.

One of the most popular charters in Botswana, Mack Air was founded in 1994 by expatriates Lara and Stuart Mackay. Owning light aircraft of various sizes, Mack Air provides diverse services such as scheduled flights between Kasane Airport and Victoria Falls, scenic flights over Okavango delta and even the opportunity for voyagers to book planes individually. Its fleet includes some Cessna Citation M2, Cessna Grand Caravan EX, and GA-8 Airvan.

What does the future hold for Batswana Airspace?

Closely examining the current aviation landscape of Botswana, it is ironic that the country successfully overcame the extreme poverty it experienced in the 1960s but remains incapable of boasting a solid aviation sector. This is unfortunate since Botswana has plenty to provide with its economic resources and unquestionable beauty. We hope that in the near future Botswana will solidify its national airlines and continue to improve and expand its airport facilities. Once Botswana unlocks the potentials of its skies then the country can realize its full potential.