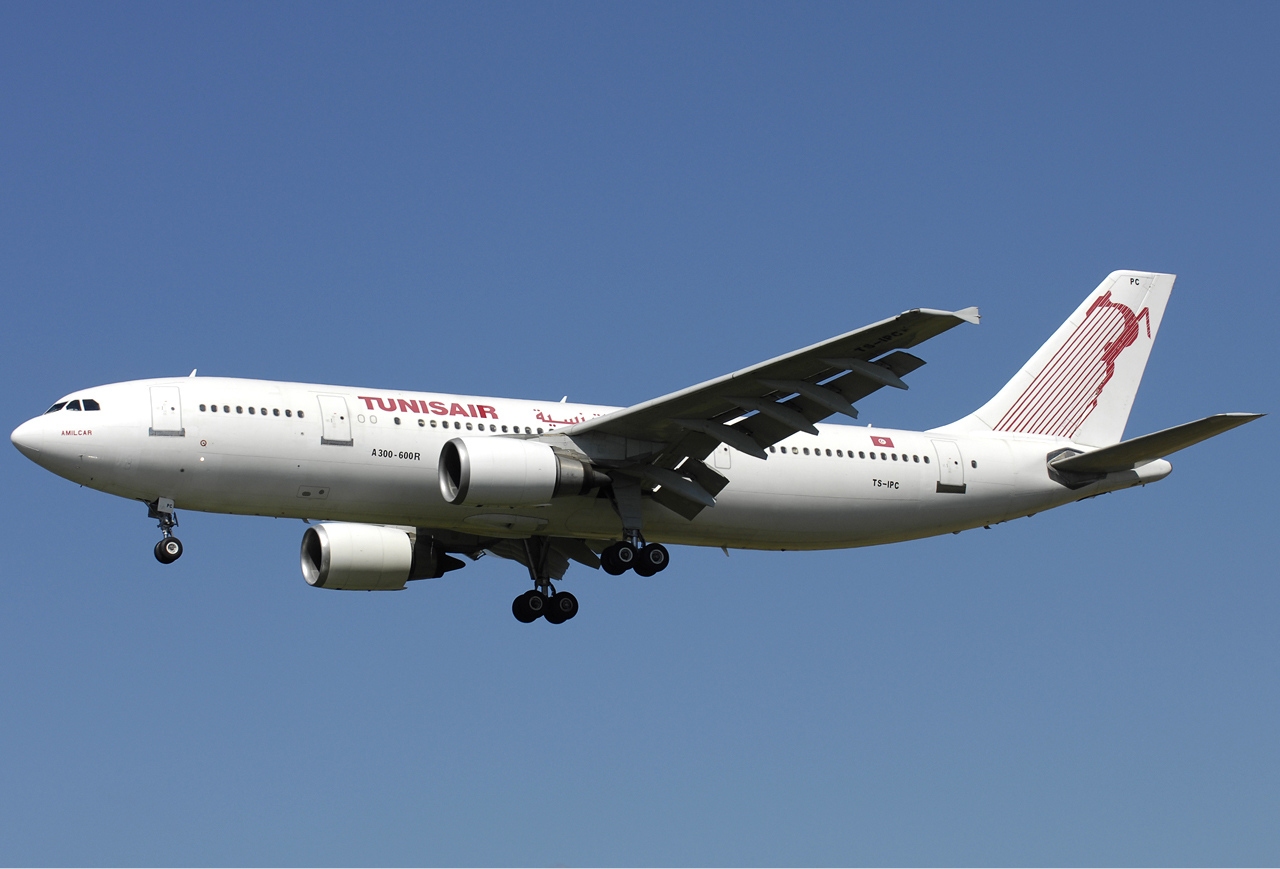 Nestled on the North African coast is the humble nation of Tunisia, which (thanks to its proximity to Europe and attractive locality for tourism) has an impressive the aviation industry. Today in this article, Eways Aviation will go over the airline landscape of Tunisia and discover the hidden aviation gem of the Mediterranean. According to Ch-Aviation, Tunisia is home to a list of five airlines. Let's start with the flag carrier of the country.

Founded back in 1948 with the help of Air France, this airline has focused on connecting Tusisa with Paris and bringing a taste of the French riviera to the desert of Africa. Routes typically include flights from its hub in Tunis–Carthage International Airport, to Paris, Nice, Germany, and some international routes to the Middle-East and as far as Montreal.

What is remarkable is the airlines' fleet makeup is comprised of a range of planes that are on the smaller side than you would commonly expect. The airline operates a fleet of 20 older aircraft, with four Boeing 737-600s, two Airbus A330-200s, 12 Airbus A320s, and two A319s according to the Airfleets database. These planes are rated for fewer passengers than others on the market (like the bigger Boeing 737-800) but are easy to fill up with affordable fares and simpler to make profitable. Make no mistake, however, these planes are old and are a considerable MRO drain on the airlines' finances - with some of the Airbus A320s passing over 30 years of service.

Recently the airline has had some trouble thanks to the Coronavirus crisis cutting off the tourism market (a loss of USD334 million), and its operation has flatlined to the point that it requires government aid. This aid won't be without strings, the government is planning an assortment of cost-cutting measures, such as a fleet renewal to more modern aircraft, downsizing, and reevaluating its routes.

“Public opinion should know that the decision to fire me came to sell Tunisair to the Qataris. Tunisians will pay the price,”  former Tunisair CEO Elyes Mnakbi told the Tunisian newspaper Al Shorouk. “I had warned against the dangers of the cession of a public company like Tunisiair, which represents the sovereignty of the Tunisian state.”

Minister of Transport and Logistics, Moez Chakchouk, optimistically stated that Tunisair had the ability to overcome its financial woes but only through addressing each of the airline's subsidiaries that had become a financial drain, specifically Tunisair Technics, the carrier's MRO services provider. This article would be amiss not to mention the controversy surrounding the airline last year, namely the arrest of several company executives back in August after two aircraft were repaired in Canada at triple the cost. These former employees have been accused of misappropriation of public funds and money laundering and their trial is underway.

The subsidiary local airline of Tunisair, Tunisair Express, was originally created just to fly domestic flights between the various airports in the country but has since gone international. The airline uses a fleet of four (plus one more on the way) ATR 72s for operations including flights to Malta and Italy. The airlines' operations were merged into the main carrier to streamline costs however the branding has remained for the smaller operation.

Tunisia Express shut down during the global lockdown, but has since resumed domestic flights from June 12th, 2020, with flights between Tunis and Djerba twice a day, and once a week to the city of Tozeur. No international flights have yet resumed.

The next airline on this list is Tunisavia - a small charter operation that operates flights for oil and gas companies, as well as remote medical evacuations and business flights. It operates only a small fleet of aircraft, two Twin Otter DHC-6s, and two Bombardier Challenger 5600s.

Noticing that Tunisair was not filling in the tourism demand gap, a charter affiliate of French operator Air Liberté founded Nouvelair (then called Air Liberté Tunisie) in 1989 to operate charter operations for package holidays between tourism resorts on the coast and their destination cities. The airline has since expanded to be owned by several travel firms and hotel chains. According to the Airfleets database, the airline has a fleet of nine Airbus A320s, which makes it almost a rival to Tunisair itself - likely a thorn in the side of the national carrier who wants to capture as much of the tourism market.

But the airline hasn't been satisfied with just the charter market and has since expanded to become a scheduled carrier operating across Europe. It even has expanded under the Coronavirus crisis, with the launch of two new routes - operations between Tunis and Brussels, twice a week in July last year, and a second route between Brussels and a new hub in Djerba on the coast once a week. Part of the reason for this expansion is that the airline is filling in the empty shoes of Thomas Cook, who went under last year - the defunct carrier had previously controlled 60% of the air tourism market to Tunisia.

Karim Dahmani, Nouvelair’s sales, and marketing central director said to Travel Weekly, “We believe that Nouvelair must play its part in helping travelers return to Tunisia for holidays. It is important for us to support the leisure economy of Tunisia, especially now the largest UK provider of seats to Tunisia is no longer in the market.”

The last airline active in Tunis is Express Air Cargo, which operates a smaller fleet of two cargo Boeing 737s across the Mediterranian Sea, to the Middle East and into Africa.

The air cargo market has been so lucrative of late during the crisis, that Tunisair has considered moving into this space, and it is very possible that they could acquire this firm rather than branch out independently. Minister of Transport and Logistics, Moez Chakchouk, proposed "establishing a Tunisair cargo company to take advantage of current opportunities in air freight in light of depressed passenger travel caused by the pandemic and advocated airport investments for the development of air cargo business"

A country in balance

To sum up the aviation industry in this country, we believe that even though it is on the smaller side, it is one that is in balance. The two major transport carriers manage to fill market demand gap without either growing too rapidly too fast. However, this balance of airlines in the country may be upset by coming changes to the industry thanks to the pending open-skies agreement with the EU. That question, however, will be answered in our next article on Tunisia's airports.