A New Dawn Of Aviation In Burkina Faso 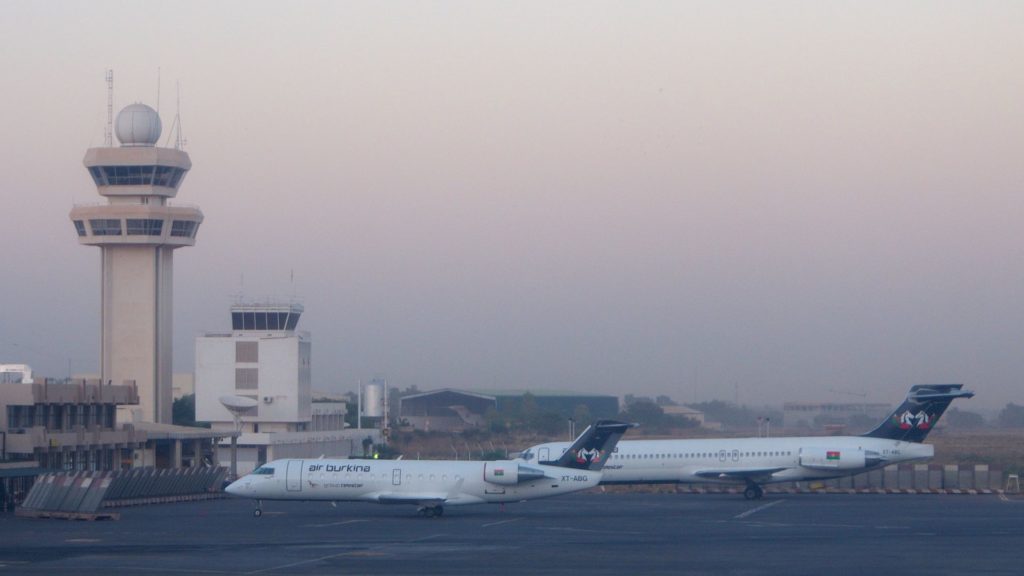 Little is known about the aviation industry of Burkina Faso, and even less is known about its airline Air Burkina. But this little country and its practical airline set to change West Africa significantly; thanks to a colossal $450m cash injection led by U.S investment firm African Global Development (AGD), spanning everything from MRO upgrades to shiny new Airbus aircraft appearing on the shopping list. Let's dive into what this all means.

The Aviation Landscape of Burkina Faso

Burkina Faso is a landlocked nation in Western Africa, between Mali and Ghana, with historical French routes. It has 20 million people across the dry landscape, and unfortunately, has become known as one of the poorest countries in the world. That being said, the country still has an appetite for international travel, and sports two international airports with asphalt runways - as well as many landing strips across the country. Alas, the challenge for the country has been raising its airport infrastructure to a modern standard and servicing its national airline to remain competitive with other players in the market (especially Ghana to the south, which we went into great detail about here).

Speaking of airports, the main hub of the country is Thomas Sankara International Airport in Ouagadougou. It has two runways, and one over 3,000 meters in length, allowing international airlines like Air France and Turkish Airways to land there. Other carriers of note include flag airlines from each neighboring country and Royal Air Maroc from Morocco. The airport also hosts a major US military installation, for operations into Mali and around the region, thus ensuring plenty of support for essential radar and runway operations.

However, the government plans to completely replace this airport with a new airport called Ouagadougou-Donsin, located 35 km outside of the city. The first phase of the project will be a single 3500m runway and a 17,000sqm terminal facility capable of handling up to one million passengers per year. The second phase, set for construction from 2026-2030, will expand the runway to 4000m and double the capacity of the passenger terminal. Although with the current aviation downturn, it is possible this later stage will be delayed. The first stage contract was only awarded in October 2020, after a two year delay. Once complete, the airport will be managed by a Paris-based infrastructure management firm for 30 years

Who is Air Burkina?

Air Burkina is the flag carrier of Burkina Faso, flying internationally around the region and serving one destination domestically (Bobo Dioulasso Airport, the second-largest city in the country). The airline has a fleet of two Embraer 170s (but only one is active in 2021), from a previous fleet of five Embraer aircraft. As regional travel is lower due to the coronavirus, the airline has taken the initiative to reduce its old fleet before incorporating new aircraft.

The airline has come a long way since being founded in 1967 as Air Volta. Originally a partnership between the government and Air France, the carrier became a private enterprise following being heavily indebted for much of the last twenty years. The government resumed control only seventeen years later in 2017, when the firm ran into serious financial problems, with a goal in mind to re-privatize as soon as possible. “Studies are in progress,” management control and internal auditor, Youssouf Zongo, told African Aerospace magazine “There’s no deadline, but the objective is there. We want to consolidate and establish the financial situation for the company as our first objective.”

‍Fast forward to late 2020, with Coronavirus restrictions easing and domestic travel resuming in the country between its two major airports, the time couldn't have been better for a new partner to come on board.

What is the New Investment?

The government has inked a deal with US-European investment consortium African Global Development (AGD) to operate the airline and provide an investment of XOF250 billion CFA Francs (USD449.9 million). The firm will control 80% of the airline, with the remaining 20% staying in local hands.

The funding will be used for a fleet renewal of the airline, upgrading it to a more cutting edge fleet that will possibly even better than the fleets of neighbouring countries' national carriers. Initially, the expansion plans called for a fleet of 13 aircraft, including six A320-200N or A321-200N, three E145s, and three Cessna (single turboprop) Grand Caravans; as well as an ACJ319-100. However, with demand now at an all-time low due to the Coronavirus, the selection council has discussed with Airbus the A220-300 model. The smaller plane has higher fuel efficiency than a 737 or A320, operate routes to Europe, and can land at smaller airports. The order has been finalized to be four A220-300s, three E145s, and three Cessnas with the first delivery by June 2022.

‍"As a leading aircraft manufacturer we are always in discussions on fleet requirements, the content of these discussions remains confidential,”responded Airbus spokesperson Samsana Ismai to Ch-Aviation.

‍Other investments include a new multi-million MRO facility (including a private state-of-the-art hanger at its hub) and a training facility for new pilots, both of which are sorely needed in the country and region.

What impact will this have on aviation in the region?

From here, the government has outlined two major stages. First, consolidating the national airline and its resources, then, relaunching the airline to the world. For a proposed third stage, the government may consider applying for route access to Europe.

‍"The buyers of Air Burkina have understood that the geographical position of our country is interesting and it is a potential that they want to develop." Transport Minister Vincent Dabilgo said last October when discussing plans. And he may very well be right, as the country is located between Europe and the heavily populated region of West Africa. By investing in its airline, Burkina Faso could monopolise a healthy portion of the region's aviation market. The region also has a lucrative inter-country network between each capital, which Air Burkina will be positioned to take advantage of. Lastly, if in the future an open-skies agreement can be reached between the nations in this region, then there is no ceiling to how big Air Burkina and Burkina Faso can grow.